I made my comeback on CNN today, six years after leaving the network, and passionately ripped into President Trump and Boris Johnson for both failing to react fast enough to the coronavirus crisis.

The interview created quite a stir.

Actress Mia Farrow messaged me from Los Angeles to say: ‘Your moral outrage is brilliant and so very welcome Piers. No one has better articulated the components of responsible leadership and the catastrophic failures we are now witnessing.’

President Trump unfollowed me on Twitter overnight, which, given that he follows only 47 accounts and only two months ago tweeted ‘Piers, I like you!’ to his 78 million followers, was not an insignificant moment

David ‘The Hoff’ Hasselhoff, who never agreed with me about anything when we worked together on America’s Got Talent, emailed: ‘Thanks man, you said exactly what I would have said (well, almost!).’

The TV regulator Ofcom has been bombarded with thousands of complaints about my supposedly ‘unfair’ grilling of Government Ministers on Good Morning Britain.

This follows a series of heated interviews Susanna Reid and I have conducted with the likes of Care Minister Helen Whately, who kept inexplicably laughing while failing to answer simple questions such as how many health and care workers have died on the front line, and how many elderly care home residents have died, too.

Britain’s heading for the second-worst death toll in the world from this virus, and I believe that is because we were scandalously slow off the mark to respond and shamefully underprepared.

It’s not ‘bullying’ to demand answers as to why.

The first duty of all journalists is to speak truth to power, especially during a crisis of this magnitude where so many lives are at stake.

They quote a No 10 insider saying: ‘He doesn’t know it, but Piers is doing us a big favour. That’s why we keep sending Ministers in front of him.’

A Government actively celebrating its Ministers getting exposed as woefully ill-informed imbeciles during the biggest crisis of our lifetime is beyond parody.

President Trump unfollowed me on Twitter overnight, which, given that he follows only 47 accounts and only two months ago tweeted ‘Piers, I like you!’ to his 78 million followers, was not an insignificant moment.

He’s unhappy that I’ve been repeatedly torching him for his dreadful handling of this crisis which has resulted in nearly 60,000 Americans now dying – more than the number that died in the whole Vietnam War. But I’m reminded of what Trump himself once told me about success.

‘You gotta win,’ he said. ‘That’s what it’s all about. Muhammad Ali used to talk and talk, but he won. If you talk and talk but lose, the act doesn’t play.’

The President is currently talking and talking – but losing.

And the act isn’t playing.

Amid a cacophony of abuse on social media for daring to confront the Government over its ineptitude, an email arrives from Sir Michael Parkinson: ‘Piers, just to say you have been bloody marvellous, an object lesson in questioning backed up by a real grasp of the subject. Wonderful. Keep it up. We need you. Watching you demolish the politicians, I kept thinking, “Cometh the hour, cometh the man.” Love to Susanna, who is also doing a splendid job. Parky.’

This really touched me, as it did Susanna when I told her.

Later, another TV hero of mine, Des Lynam, rang to offer similar praise, which meant a lot, too.

Even his successor Gary Lineker felt compelled to tweet: ‘I’m not sure I’m enjoying Piers Morgan being popular right now, it just doesn’t seem right. He’s been excellent though, through this, holding the Government to account and demanding action and answers.’

Ofcom has emphatically ruled in my favour. ‘We assessed a number of complaints about Piers Morgan’s conduct while interviewing politicians about the UK’s response to the coronavirus public health crisis. Piers Morgan is well known for his combative interviewing style, and viewers would expect him to challenge senior politicians and hold them to account. His guests were given adequate opportunity to put their points across and counter the presenter’s criticisms. In Ofcom’s view, in line with freedom of expression, it is clearly in the public interest that broadcasters are able to hold those making political decisions to account, particularly during a major national crisis, such as the coronavirus pandemic.’

As has been widely reported, there was a massive pandemic drill in 2016 named Exercise Cygnus, attended by all major Government departments and health chiefs, that was an almost exact parallel to what is now happening.

It concluded that Britain was woefully short of many things including, specifically, Personal Protective Equipment for frontline health workers.

Yet as Panorama revealed, nothing was done to fix this shortage. And 134 NHS and care home staff have now died from coronavirus. This is an absolute disgrace. 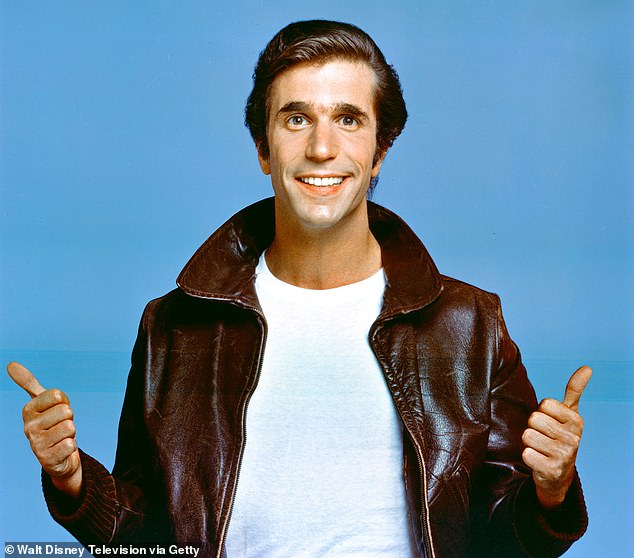 I made my comeback on CNN and passionately ripped into President Trump and Boris Johnson for both failing to react fast enough to the coronavirus crisis. The interview created quite a stir. Even The Fonz was impressed: ‘Piers, CNN, well said,’ tweeted Henry Winkler

Astonishingly, Ms Atkins, who hadn’t bothered to watch Panorama, had never heard of Exercise Cygnus, despite being a Home Affairs Select Committee member at the time.

When I expressed my horror at this admission, she brazenly lied and suddenly announced she had heard of it, but when I asked her to reveal one single finding, she couldn’t, other than to repeat back what I had told her.

It was the single worst performance by any Government Minister on GMB since the crisis began, and the bar was sadly already very low.

‘Who in Government takes the decision to send such underprepared Ministers on to GMB?’ tweeted Andrew Neil after watching it. ‘It’s not a car crash, it’s a massive pile-up. Is the Government that bereft of talent? If so, better not to send anyone. It’s excruciating.’