The Trick: Why Some People Can Make Money And Other People Can’t

Books telling you how to get rich quick are every bit as popular as misery memoirs. Perhaps the impulse to read them springs from the same root. It is easy to imagine a couple on deck chairs, the man hoping to better himself by reading How To Get Rich by Donald Trump, and the woman counts her blessings by reading A Child Called It by Dave Pelzer. 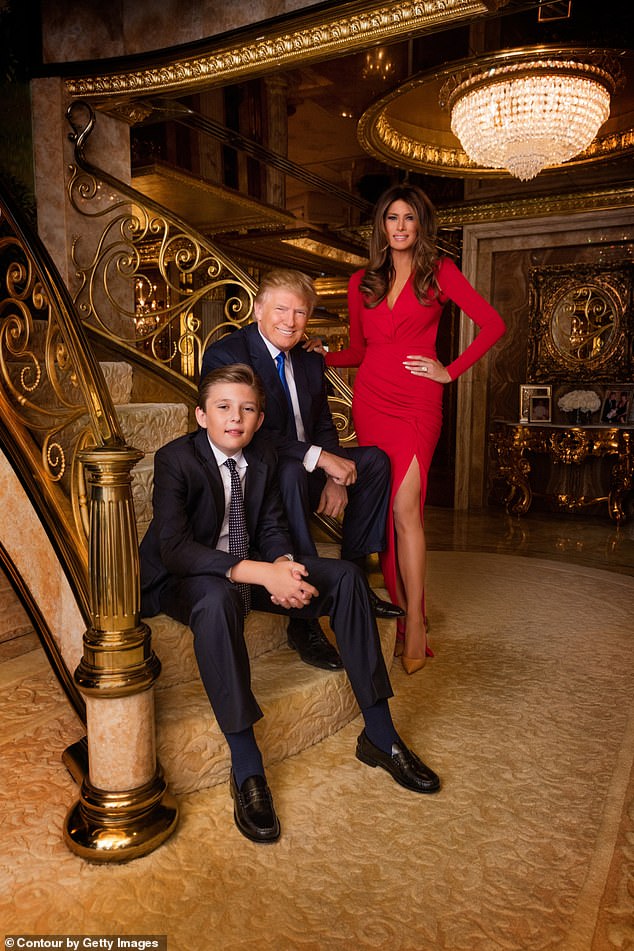 Donald Trump with wife Melania and son Barron. Three years ago, Trump’s daughter, Ivanka, wrote her own manual, Women Who Work: Rewriting The Rules For Success , complete with chapter titles such as ‘Dream Big’ and ‘Identify Your Passions To Create A Life You’ll Love’

William Leith’s The Trick represents a bizarre combination of the two genres – a get-rich-quick book written by a misery-guts pauper.

The defining get-rich-quick book is Dale Carnegie’s How To Win Friends And Influence People (1936). It is one of the best-selling books of all time. Among those who have cited it as an influence is Donald Trump, who himself went on to write a best-selling series of similar self-help books, among them How To Get Rich and The Art Of The Deal.

Three years ago, Trump’s daughter, Ivanka, wrote her own manual, Women Who Work: Rewriting The Rules For Success, complete with chapter titles such as ‘Dream Big’ and ‘Identify Your Passions To Create A Life You’ll Love’.

Books like this all offer the same breezy lists of platitudes, often condensed into six-point plans: be bold, follow your dreams, embrace challenges, it’s all about teamwork, every problem is an opportunity, blah, blah, blah. A recent book by Ramit Sethi was called I Will Teach You To Be Rich, and came with the subtitle, ‘a six-week programme that works’. His advice for week four was, ‘His advice for week four was, ‘Figure out how much you’re spending. And then you’ll figure out how to make your money go where you want it to go.’ Who would have thought it?

Donald Trump has had cameos in films and TV shows including Home Alone 2, Zoolander, Spin City and The Fresh Prince Of Bel-Air.

The five-point plan in Warren Buffett’s Management Secrets begins: ‘Pick The Right Business: the first step to success is to own, manage or work for the right business with the right economics working in its favour.’

Do these books work for everybody? Clearly not. If they did, every loser would be a winner. Yet people continue to buy them, presumably under the illusion that they will find the magic key to a Philip Green-style paradise of supermodels, fancy yachts, sprawling mansions and chunky gold wristwatches.

Leith is the opposite of a self-confident billionaire. His own financial situation is, he confesses, a disaster zone. ‘Just thinking about it, I am sick with dread… It’s like a crime scene I must clean up before I can even begin to get away, and the more I try to clean it, the dirtier it gets.’ 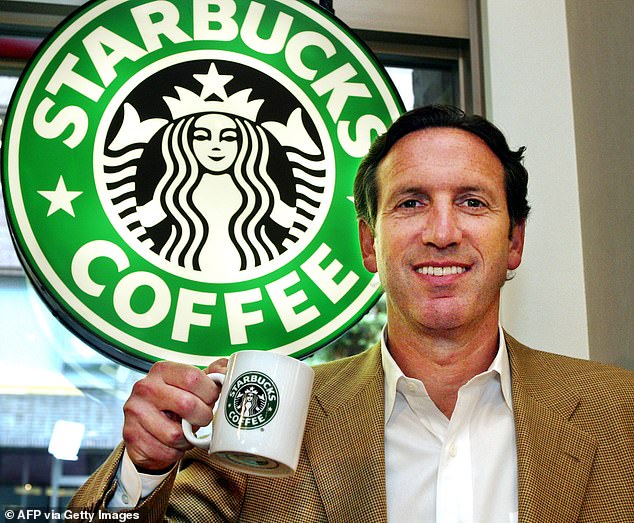 Leith interviews Howard Schultz, the billionaire behind Starbucks. ‘He was gripped by an obsession – to open coffee shops’

He is, he says, currently running his life at a deficit. Worse than that, ‘I am being abused by secured and unsecured loans, unpaid bills and taxes, fines, penalty fees, pending court cases, and cases I have already lost, or not contested, or forgotten about… I am driven by a desire to spend more money than I have, so I borrow money, from banks and corporations and individuals, and I don’t pay it back promptly, because in truth I never had a strong desire to pay it back, I just wanted the money.’

Perversely, a large part of his career as a journalist has been devoted to interviewing the super-rich, and asking them how they made their money. One of them – a professional gambler called Patrick Veitch – knew but refused to tell, as it involved giving away a secret formula. The others didn’t really seem to know, though this didn’t stop them warbling the ‘be-bold-follow-your-dreams-embrace-challenges’ chorus from the self-help songsheet.

A lack of self-awareness is, I suspect, one of the key characteristics of the super-rich. Their thoughts are solely directed towards what they want, not who they are. They sacrifice everything to ambition. Leith interviews Howard Schultz, the billionaire behind Starbucks. ‘He was gripped by an obsession – to open coffee shops. Sometimes he would open two in a single day. He was an insatiable predator of coffee, killing rival coffee shops in towns and cities across the Western world.’

The self-made billionaire can’t afford to look back. Jordan Belfort, ‘the Wolf of Wall Street’, who made millions, then lost millions, now makes a fortune from motivational talks. ‘Write this down,’ he tells his pupils, who pay at least £600 for an hour’s lecture, ‘What stops you from getting what you want in life is the bull**** story you tell yourself about why you can’t have it.’ To become a billionaire you must eradicate self-doubt.

He has at least been able to monetise these negative thoughts in his writing career, carving out a name for himself as the ace of anxiety, the guru of gloom.

His passages about his multiple overlapping neuroses are touched by comic genius. If negative thoughts were coffee, he would be the owner of a worldwide Negbucks chain to rival Starbucks. He is frightened of, among many other things, death, disease, heights, enclosed spaces and finding himself trapped in a tunnel, a mine or a coffin. As it happens, he is also frightened of success. ‘I have a strong sense that, if ever I’m successful, I will pay for it – somewhere, deep down, I am driven by guilt.’

It will only take the reader two or three pages of highly strung, jittery, self-contradicting and often hilariously self-abasing prose to twig why Leith will never be the next Alan Sugar. But it takes the author himself a little longer to work it out. ‘Something is not working properly,’ he complains. ‘I want to be rich, but I don’t want to be rich; a demon in my head is making me want to be poor … I want to find the demon and tell it to stop.’

Successful entrepreneurs are single-minded; they let nothing distract them. It was said of Ingvar Kamprad, the founder of IKEA, that when he glimpsed a design on paper he could immediately imagine the entire supply chain – sourcing, transport, currency exchanges, etc – required for its manufacture. Leith’s brain, on the other hand, is a clamouring mass of hesitations and distractions. Interviewing the wildly successful author Nassim Nicholas Taleb, he is even distracted by his teacup. ‘I sip my tea. I’ve poured it early, out of impatience, so it looks too milky.’

He has, he finally admits, ‘an undisciplined mind that can’t help itself, a mind that shoots off in the wrong direction and doesn’t know where it’s going’. He concludes, somewhat half-heartedly, that the road to success is about finding the right path by taking lots of wrong paths, but this is really no more convincing than the ‘dream-the-dream’ nostrums offered by the self-help books. 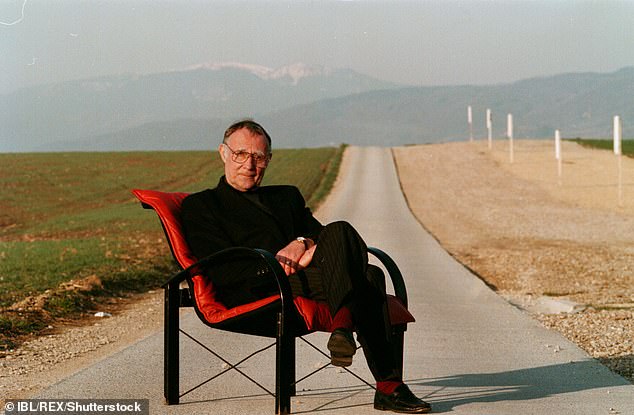 Successful entrepreneurs are single-minded; they let nothing distract them. It was said of Ingvar Kamprad, the founder of IKEA, that when he glimpsed a design on paper he could immediately imagine the entire supply chain – sourcing, transport, currency exchanges, etc – required for its manufacture

In the end, the trick of The Trick is that there is no trick.

But along the way, Leith offers sharply comical observations about both the lure and absurdity of great wealth. Why, for instance, are the super-rich so attracted by yachts?

‘Why do they love being wet, the rich? Actually, they don’t love being wet. They love being dry. That’s why they love the water, the rich. Because they love being dry, and if you want to do something like smoke a cigarette or go to bed or drink a cup of coffee, it’s much more expensive to do any of these things around water, because you need to spend a lot of money on whatever it is that’s keeping you dry – in this case the yacht. It’s actually not very comfortable on a yacht. It’s OK when the yacht is moving – cutting through the water in that way that makes the front slightly stick up. That feels exhilarating. But otherwise – no. It feels like you’re in a house, and the house is slipping around under your feet.’