BOOK OF THE WEEK

Three minutes before midnight on the night of July 4, 1948, a doctor stood over the hospital bed of Edna May Rees as she prepared to deliver her seventh child.

Her contractions had built steadily over the Welsh summer evening and at 11.57 her baby’s head was crowning. But the doctor beside her bed told her to resist the overwhelming urge to push. ‘You need to wait,’ he said. ‘Just hold on, Edna.’

Through the pain, Edna focused on the long hand of the clock above the doctor’s head and remembered why this man — who couldn’t know the extent of her agony — was asking her to wait.

Like most women unable to pay the sixpence charge for hospital deliveries, Edna had given birth to all six of her children at home (file image)

A month earlier Edna and her husband Willie, who ran a smallholding together, had been flabbergasted to find two hospital consultants on their doorstep. ‘We came to talk to you about your baby, Mrs Rees,’ one said. ‘It’s due in early July, we understand?’

Like most women unable to pay the sixpence charge for hospital deliveries, she had given birth to all six of her children at home. Her previous child had slipped from her body into the soft straw of the family cowshed. She was intensely aware that, each time the contractions began, either she or her baby could die.

But the hospital consultants gave the couple a leaflet with three letters — NHS — printed onto blue beside a grainy photograph of a man with round glasses. ‘The National Health Service commences its operations on July 5th,’ said the visitors. ‘It’s completely free to all.’

Then they tapped the photograph of Aneurin Bevan and explained that ‘the man responsible for all this grew up not too far away. We’d like to honour him by ensuring the first child born under this new service — this new, entirely free service — hails from the land he calls home.’

Edna and Willie were dumbfounded as the doctors told them Edna would be ‘the first woman who needn’t worry about her health costs while she’s giving birth’.

The couple slowly absorbed the idea that their seventh child would be born into a world where he or she would have almost the same chance of surviving and thriving as the Princess Elizabeth’s baby, due to be born in five months time. 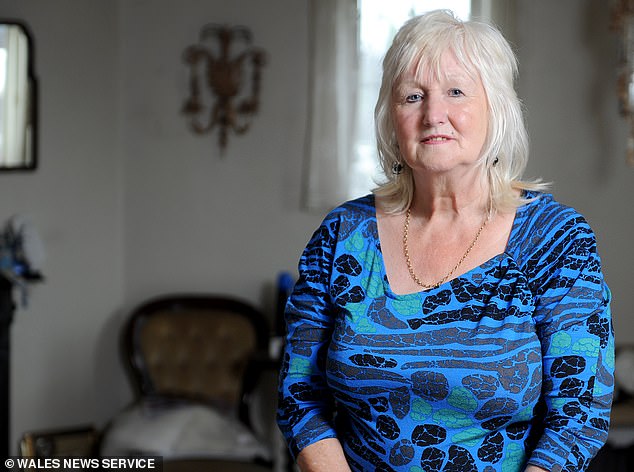 Aneira Thomas, the first baby to be born on the NHS, pictured at her home in Swansea, South Wales

The doctor, choked with emotion, was recording the NHS’s first birth on his notepad. ‘One minute past midnight!’ The nurse told an exhausted Edna to get some sleep: ‘We’ll look after her, lovie.’

As the first recipients of the UK’s world-beating new, taxpayer-funded medical system, Edna and Willie christened their daughter Aneira, after Nye Bevan.

Over 70 years on, Aneira has written a memoir which is a deeply personal, richly researched and incredibly timely tribute to Britain’s commitment to provide free and equal healthcare to all. 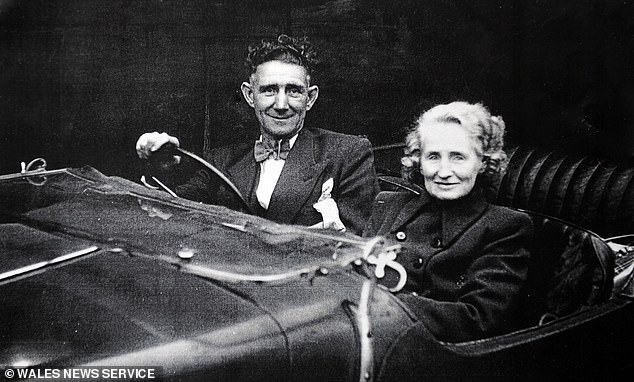 As the first recipients of the UK’s world-beating new, taxpayer-funded medical system, Edna and Willie (pictured) christened their daughter Aneira, after Nye Bevan

To remind readers how cheaply life was held before 1948, Aneira Thomas delves into her family history. She brings a novelistic insight into the life of her great-great-grandmother, Tory Churchhouse, whose father died days after her birth, leaving a will forbidding his widow, her mother, to marry again. In 1827, aged nine, Tory, her mother and her siblings entered the workhouse where, Thomas writes, everyone seemed to be ill.

Wherever she looked, there was ‘difficulty of some kind: a limping leg, missing teeth, slurred speech, hunched backs, arms inexpertly amputated above the elbow and sewed up again.’

Tory grew up knowing people who entered the workhouse infirmary rarely emerged alive. She lost a sister to the place. 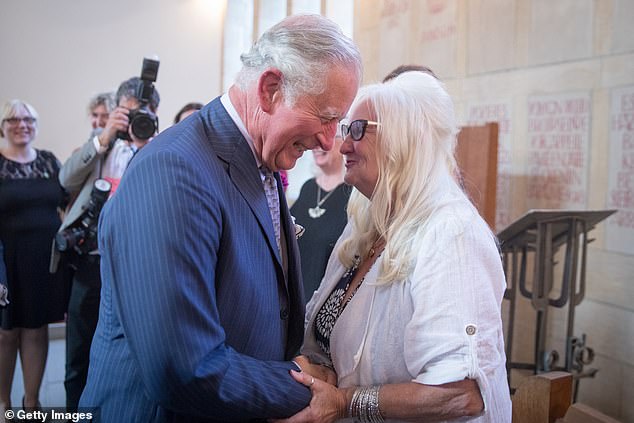 A century before Aneira Thomas was born, the idea of removing infectious patients from the others was unknown. It wasn’t until an outbreak of cholera in the 1860s that the sick were separated from the healthy.

The poor were expendable: after death, the bodies of workhouse inmates were often sold to anatomists. ‘The killing of the poor’, people said, ‘to cure the rich.’ Tory herself would die at just 42.

Thomas’s great-grandmother Hannah was a midwife, tending to women in their own homes with hot water, towels and a no-nonsense attitude. Despite her best efforts, women and children in her care died. Her own daughter-in-law, Mary, lost four children and died, in labour, under Hannah’s care. The cause was placenta previa and there was nothing Hannah could have done to save Mary or her child.

Thomas is gripping on the medical history of childbirth. It was only in 1850 that Hungarian doctor Ignaz Semmelweis began urging physicians to wash their hands while helping women in labour. 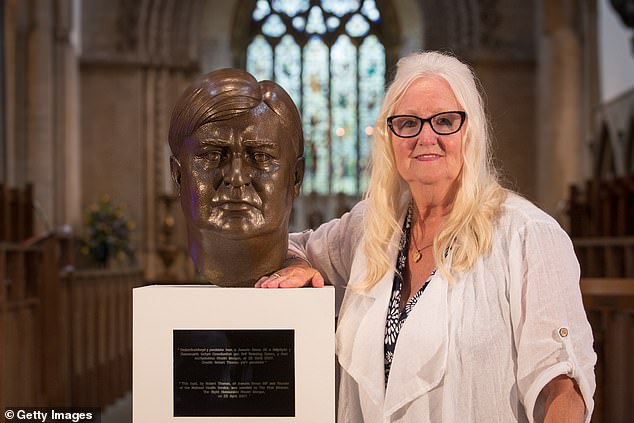 But many rejected his advice, unable to accept their dirty hands and knives might be responsible for so much sepsis-induced death.

Thomas’s later chapters become a hymn to the passion of Nye Bevan, who began working as a coal miner aged 13 and quickly rose to national prominence through his work for the unions, then the Labour party.

Bevan’s plan for the NHS was simple — he took the miners’ medical aid systems (in which individuals paid subscriptions to receive free healthcare) onto a national level.

We are reminded of Winston Churchill’s love-hate relationship with Bevan, dubbing him the ‘Minister for Disease . . . as great a curse to this country in peace as he was a squalid nuisance in time of war.’ Yet he conceded: ‘He is one of the few people I would sit still and listen to.’

Aneira’s book reminds us that the Labour Party’s foundation of the NHS was fiercely resisted by both the Tory Party and the British Medical Association. We also learn that the Press made little mention of the service when it was introduced.

‘Perhaps many feared it was little more than a pipe dream,’ says Thomas. ‘I suppose my mother, in the hours following my birth, was one of the first to realise just how momentous the change had been.’

Thomas grew up to train as a nurse herself. Her first child was stillborn in 1966, but she credits the compassion of the NHS medical team who helped her through that ‘horrific experience’. She went on to have two more children, one of whom became an NHS paramedic.

Written before the pandemic, her book is prophetic. Thomas says that ‘illness does not discriminate. It hits the wealthy as much as the poor.

‘We can do everything to keep ourselves healthy and yet the unthinkable happens.

‘There is no room for complacency where illness is concerned . . . the service Nye Bevan worked so hard to build will become increasingly difficult to manage. And yet it is vital that we try.’

She concludes by quoting Michael Rosen’s beautiful poem, These Are The Hands, which has been so widely shared during the pandemic.

As children colour in rainbows to display in front windows and adults bang pots and pans on Thursday nights, we all realise how proud we are of our NHS and how much we admire the service’s often overworked and underpaid staff.

Thomas’s story is a brilliant evocation of ‘the hands that touch us first/ feel your head/ find the pulse/ And make your bed . . . ’ Also the gloved hands that now ‘empty the pan/ wipe the pipes/ carry the can/ clamp the veins/ make the cast/ log the dose/ And touch us last.’