The performance of Elgar Violin Concerto by Nicola Benedetti is overall a compelling listen, despite its wayward moments

By David Mellor for Event

Nicola Benedetti has been such a feature on the classical music scene for almost two decades, it’s hard to remember she’s still only 32. She’s crammed a lot in. Hence her recent CBE for services to music; her prestigious 2017 Queen’s Medal for Music, never before awarded to one so young; and her 2020 Grammy for Best Classical Instrumental Solo with her recording of Wynton Marsalis’s Violin Concerto and Fiddle Dance Suite.

The lockdown hasn’t stopped her either; she’s been conducting online masterclasses with almost 1,000 students for several weeks now.

She’s also recorded a lot of well-regarded albums. But now she moves up a weight from these previous releases, with this new recording of Elgar’s hugely demanding, and almost 50-minute long, Violin Concerto. 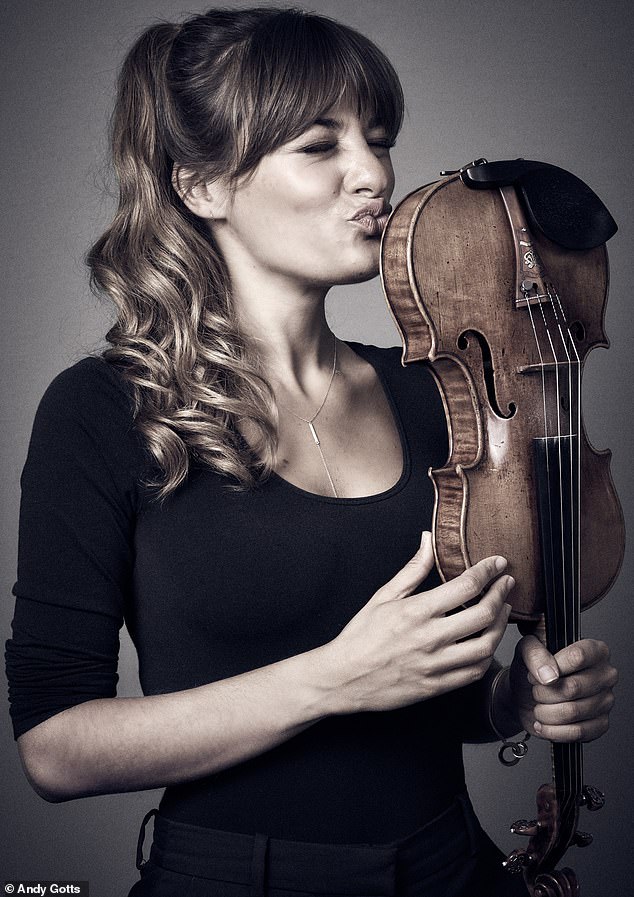 Nicola Benedetti (above) moves up a weight from previous releases, with this new recording of Elgar’s hugely demanding, and almost 50-minute long, Violin Concerto

And at times she undeniably finds it tough going. The opening is, at least to my ears, a bit schmaltzy, while the tricky ending of the first movement descends, I’m afraid, into a bit of a scramble.

But she redeems herself with a tender account of the slow movement that wears its heart on its sleeve, to the music’s advantage. No Edwardian stiff upper lip needed here.

As to the finale, it’s a bit more than usually episodic, and maybe a bit unidiomatic, but her playing is nonetheless extremely enjoyable. This is in part due to the conductor Vladimir Jurowski and his London Philharmonic Orchestra.

Jurowski is an inexperienced Elgarian, and I find his contribution thoroughly engaging because of its novel touches.

So, this performance is overall a compelling listen, despite its wayward moments. However, I would not prefer it to Tasmin Little, a fellow Menuhin School graduate, and Sir Andrew Davis on Chandos.

They get to the heart of this beautiful music more than Benedetti and Jurowski do.

Nor does Benedetti sound as alluring as rivals such as Itzhak Perlman and Nigel Kennedy. And, sadly, the couplings here – arrangements for violin and piano by Elgar himself of three of his short orchestral pieces – aren’t really an asset.

The haunting Sospiri, for instance, goes for almost nothing without the strings and harp of Elgar’s original setting. Why did she not choose the Violin Sonata? It’s a piece far more worthy of her talents, and those of her pianist Petr Limonov.

And there would have been plenty of room for it, since this album is less than an hour long, short weight these days.