The car that drives like Mad Max: How the settings for the aggression level of Tesla’s computerised driver hardly inspire confidence

By Mark Mason For The Daily Mail

Last year, in Providence, Rhode Island, a trial was held to see whether driverless buses might work on the city’s streets.

The vehicles were programmed with a set route but, unfortunately, the programming had taken place in winter, when the trees were bare. The experiment took place in summer, when leaves and foliage confused vehicles’ sensors and they were unable to navigate.

It’s just one of the many problems that AVs (autonomous vehicles) face if they’re to drive us — literally — into a sci-fi future.

Anthony M. Townsend is honest enough to admit that predictions are risky. After all, the past is surprising enough: did you know that cruise control — the feature that regulates your car’s speed — was patented as early as 1953?

Last year, in Providence, Rhode Island, a trial was held to see whether driverless buses might work on the city’s streets (pictured)

The first job to fall to AVs, he argues, won’t be moving people but moving stuff. Online shopping has been on the rise for years (especially during lockdown). The next step will be to eliminate the delivery driver. At the University of California, Berkeley, self-driving robots serve snacks to students around the campus. When a faulty battery caused one of them to burst into flames, the students held a candlelit vigil for it.

But human cargo is on the agenda, too. Armies of AV taxis might wander the streets, waiting to be summoned by phone apps, much as we summon Uber cabs now.

Even private cars are going to look very different. Kia has already built a car which uses facial scanning to read your emotions and match its ‘content’ (what it plays on the radio, for instance) to your mood.

Audi’s ‘long distance lounge’ features a windscreen that displays content from your mobile device, overlaying it on your view of the outside world. In theory, this will let you work as you travel. But surveys have shown that what people really want to do is watch movies, surf the internet or even sleep.

Don’t you find that rather depressing? I actually like driving — it’s the only area left in my life where I feel I’ve got any control. But I’m not from the generation that sees time at the wheel as time away from my iPhone. 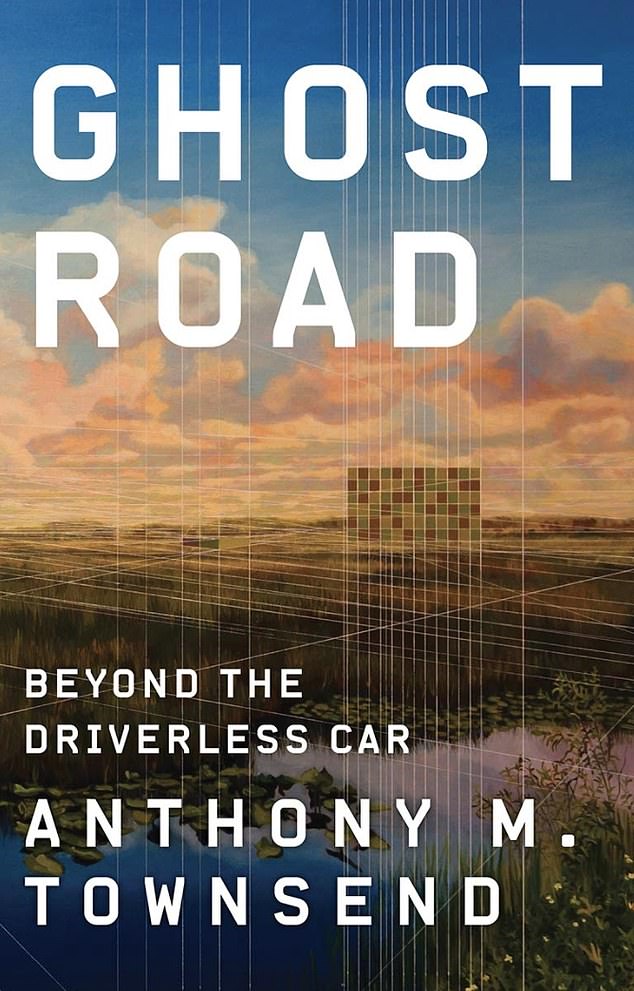 Ghost Road by Anthony Townsend assumes ‘we’ll either perfect self-driving technology, or there won’t be an AV industry to speak of’

Passing your driving test used to be a rite of passage: in the 1980s, about 70 per cent of American 17-year-olds had a licence. Now fewer than half of them do. (The figures in Britain are similar.) According to a 2017 magazine article, ‘teens today described getting their licence as something to be nagged into by their parents’.

There is little about safety in the book — Townsend is confident it’s a ‘red herring’. He points out we happily fly on planes guided by autopilot (though surely we wouldn’t if there wasn’t a human in overall control?).

Only this week, in Taiwan, a Tesla model 3, allegedly on autopilot assistance, crashed into an overturned truck blocking the lane. And the settings for the aggression level of Tesla’s computerised driver hardly inspire confidence. They’re named ‘mild’, ‘average’ and ‘Mad Max’. 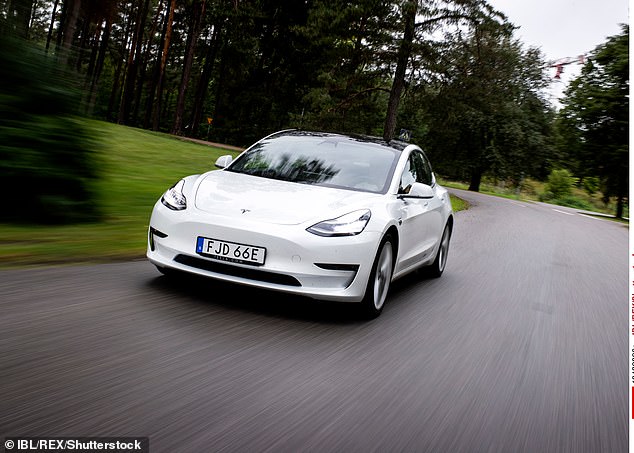 Only this week, in Taiwan, a Tesla model 3, allegedly on autopilot assistance, crashed into an overturned truck blocking the lane (file image)

But, in fairness to the book, it assumes ‘we’ll either perfect self-driving technology, or there won’t be an AV industry to speak of’.

As it happens my favourite fact was about the past. The first self-driving vehicles were ships. A rope connected the sail to the tiller, tied in such a way that whenever the wind blew the ship one way, the rope pulled the tiller and steered it back the opposite way. Isn’t that wonderful?