By Eithne Farry For The Daily Mail

A HUNDRED MILLION YEARS AND A DAY

Spare, elegant and poetic, this slender novel is quietly devastating. It tells the story of palaeontologist Stan, who risks his already faltering career on a rumour of an unimaginably rare fossil, frozen in a forbidding ice cave deep in an Alpine glacier.

Stan enlists the help of long-standing friend Umberto, his young assistant Peter, and local guide Gio: wise, taciturn and with a bone-deep understanding of the treacheries of the weather.

As the hazardous conditions worsen, memories of Stan’s past make their icy presence felt — his love for his beautiful, mercurial, depressive mother and his volatile relationship with his brutal, begrudging father.

Fault lines begin to fracture the men’s friendship as the dig becomes more arduous and the dream of an important discovery turns into a nightmare scenario. 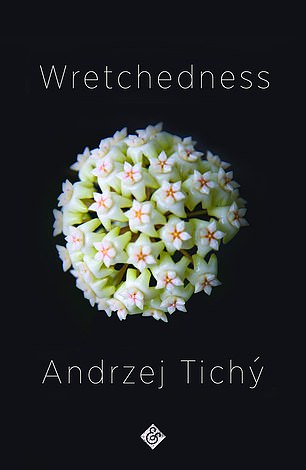 There is a kind of unholy music in this powerful, punchy, perceptive novel.

This visceral, rhythmic roar is made up of ‘the pain and the rage and the shame’ felt by the underdogs in a society determined to exclude them. A cellist meets a worn-down junkie on the towpath of a canal in Malmo and, in an act of literary possession, begins to channel the addict’s thoughts. Their pasts of ‘ugly memories and ugly words’ are uncannily similar.

The unspooling story is brutal, a dead-end score of drugs, violence and unbearable sadness, but there’s also a damaged beauty to the words and the world, where a stolen radio can offer an escape route from the catastrophes of poverty-stricken life. 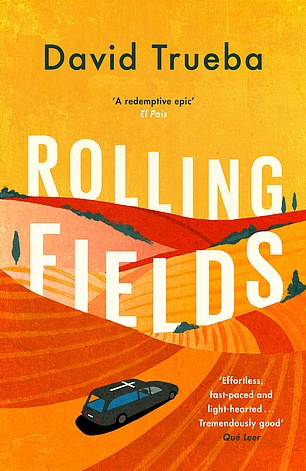 Restless musician Dani Mosca, 40, is in the back of a hearse, re-assessing his life as he brings his father’s body to his childhood countryside village for burial.

As they leave Madrid, Dani recalls his troubled relationship with his loving but bossily dismissive dad, his adopted mother’s early-onset dementia and the truth about his parentage.

Interspersed with these memories are his scattershot thoughts on his failed romances and the schoolboy friendships with glorious, glamorous Gus and hard-drumming Animal, that led to the formation of their successful band, pitching them into a world of fame, money, drugs, infidelity and the untimely death of his best friend.

Breezy, bittersweet and tangential, Trueba’s prose captures the rueful regrets of a man who’s searching for meaning and redemption in a life that’s short on both.