By Barry Turner for the Daily Mail

Don’t ask me to explain the title; I haven’t a clue. What I can say is that for those who like their crime fiction to be high-octane, this novel is a stunner.

Best known as the creator of Perry Mason, the lawyer who never lost a case, Erle Stanley Gardner found time to chronicle the adventures of the investigative odd couple Donald Lam and Bertha Cool.

In this outing, Donald, who does the leg work, delves into an insurance claim against a careless driver; at least that is what it says on the brief. The pace accelerates wildly with a succession of startling revelations that has Donald accused of murder, a corpse having been found in his car boot.

Bertha, the heavyweight of the partnership, gets called in to knock down doors and knock up suspects. Sheer exhilaration carries a convoluted plot to a satisfying resolution. 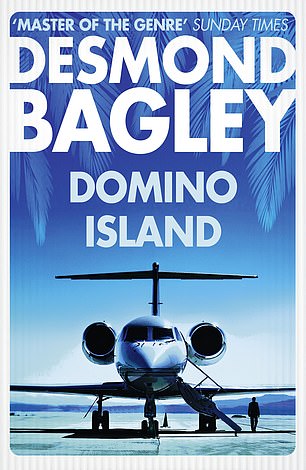 We can only wonder at the self-confidence of Desmond Bagley, a mega-selling author who could put aside a near completed first-rate thriller in 1972 and then forget about it. Fortunately, it has now been rescued for belated publication.

Domino Island has Bill Kemp, a freelance fraud investigator, checking out a financier politician found dead in his boat moored off a Caribbean island. What looks to be a tragic accident soon turns into a murder inquiry.

Working with one of the few honest policemen to hand, Kemp penetrates a conspiracy to take control of the island by a bunch of chancers and self-servers while, at the same time, exposing a heist that threatens to clean out the national treasury.

For thrills and spills, this hard-edged adventure is difficult to beat.

MURDER ON THE DOWNS 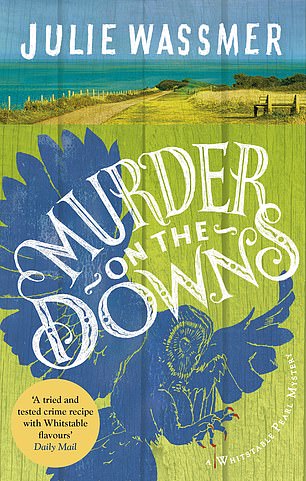 Pearl Nolan has an unfortunate habit of finding bodies. When there is a murder in Whitstable, an occurrence more common than is decent for a quiet seaside resort, it is Pearl who invariably stumbles over the corpse.

Understandably, her semi-live-in-lover, a CID chief inspector, would rather she stuck to her day job running the best seafood restaurant in town.

Undeterred, Pearl sets out to identify the killer of three activists involved in a dispute over the development of a green site. Trouble is, the victims represent both sides of the argument. So where is the motive?

To find out, Pearl has to dive into the murky waters of local politics, a hazardous enterprise that puts her own life at risk.

Moving at a cracking pace, the story has Pearl, now an established readers’ favourite, with a more settled family life. If only she would stop finding bodies.