A HISTORY OF SOLITUDE

The past three months have put the fickle relationship between solitude and loneliness under the spotlight like never before.

As lockdown starts to lift, many of us, long cooped up alone, are gratefully seizing the chance to reunite with loved ones in ‘support bubbles’. While others —knee-deep in family life, minus the school drop-off and commute — might be forgiven for guiltily craving more than a moment’s blessed self-isolation.

Struggling to make sense of it all?

You could do a lot worse than turn to David Vincent’s wide-ranging (pre-lockdown) study of what being alone has meant to Britons down the ages, from pre-industrial era labourers to smartphone-addicted teens.

Our feelings about solitude, he argues, depend on how easily we can switch between being on our own and being in company — which tends to come down to the resources we have at hand.

Vincent brings up 19th-century thinker Harriet Martineau, who fell ill in 1839 and used her convalescence to write a bestseller. ‘By living quite alone, I am able to write, slowly, the book I told you lay near my heart,’ she told a friend.

Her time as an invalid coincided with the arrival of the postal service, allowing her to access what Vincent calls ‘networked solitude’ — being in company while alone.

Handy, too, was her private library and bedroom view, aided by the purchase of a telescope. Nor was she ‘quite alone’ — it’s just that servants didn’t count. (Vincent, omnivorously well-read and attentive to detail, reminds us that Jane Austen’s Mansfield Park describes the ‘solitude’ of a character left by his companions with ‘the attendance only of servants’.)

Me-time became an increasingly hot commodity amid the grimy grind of the Industrial Revolution. Romantic poets, misty-eyed at the idea of a bucolic getaway, fuelled a guidebook boom that let readers venture far afield without so much as having to open their mouths for directions (fast-forward to the satnav era).

Those unable to roam sought ‘abstracted solitude’ — peace and quiet in company — thanks to an increasing array of consumer pursuits, from sew-by-numbers embroidery to mass-produced cigarettes.

Still, for most, there was no getting away from the fact that headspace went hand in hand with actual physical space. As Jesus says in the Sermon on the Mount: ‘Enter into thy closet, and when thou hast shut thy door, pray to thy Father.’ 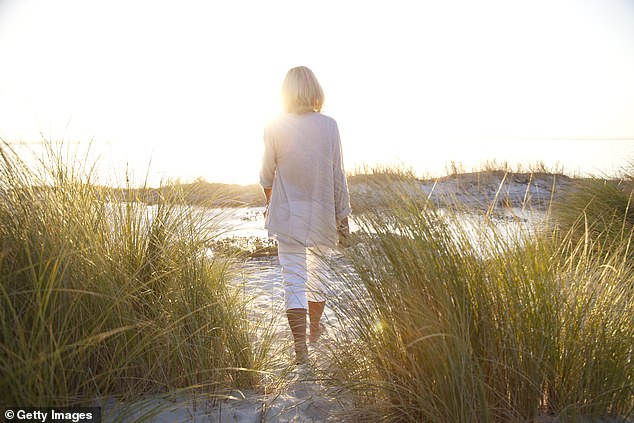 Vincent points out how the translators of the King James Bible turned the original Greek’s vague ‘secluded place’ into an actual room that was becoming common in the dwellings of the 17th-century well-to-do.

No such luck for the Victorian couple renting a single room with six children for three shillings a week. Save for ‘short child-free periods at the beginning and end of married life’, few ordinary homes ever had more rooms than occupants.

The stereotypical door-slamming teenager was essentially the child of much-needed post-war housing reform. Rooms grew in number as living space was divided up and reassigned, while electricity and central heating put an end to crowding round the hearth. 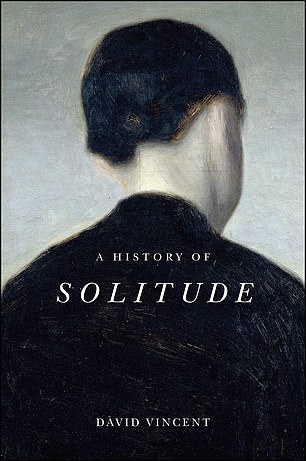 Yet conversation dwindled, as family units spread out, both inside the household — everyone glued to their own screen in their own space — and outside: in the early 1900s just one in a hundred Brits lived alone; now it’s more like a third.

In 2018, Theresa May declared that ‘up to a fifth of all UK adults feel lonely most or all of the time’. Vincent isn’t so sure, but he recognises that modern living is rich in ‘trigger points’ — the policy wonks’ term for forks in the road such as moving house or ending a relationship.

He points out, too, that technological advancement has a habit of turning collective pleasures into solitary ones. For web-connected homeworkers whose downtime relies on Netflix and online delivery services, perhaps day-to-day life under lockdown didn’t change all that much. But, as Vincent reminds us, the digital era exacerbates questions over ‘inequalities of resource’.

Just as not every Victorian convalescent could use the time to write a bestseller, not every quarantined household has Zoom-conferenced its way through the pandemic.

Vincent says that ‘being alone only becomes loneliness when the element of choice is constrained by necessity, and when there is no likelihood of escape in any foreseeable future’.

As coronavirus remains the main issue, it only heightens the divisions any government must tackle.