Home
Uncategorized
Father and daughters: ‘He’s been Dad and Mum to me’
Prev Article Next Article

Losing her mother at just four was devastating for Amy Stevenson. But her father Ken set aside his own grief to become the parent his daughter needed more than ever

Ken Stevenson, 68, is a retired engineer. He lives alone in Northwich, Cheshire

I’d been so certain my wife Kathryn was having a boy, I couldn’t believe it when this little girl was placed in my arms. I knew what to do with boys – I’d already introduced our eldest child Mark, then two, to my love of football and classic cars. I remember feeling nervous about bringing up a daughter. I didn’t know then that within four years I’d be raising Amy on my own.

I found out on my 40th birthday I was soon going to be a single father of two. It was June 1991 when the doctors treating Kathryn, then 36, told me she had an inoperable brain tumour and less than a year to live. I was too shocked to be emotional.

Kathryn had started experiencing small changes in her personality and behaviour, then a scan revealed a large tumour. Cancer wasn’t something that had crossed our minds – I was completely blindsided by the diagnosis. We’d only been married for seven years; Amy was just three and Mark five. 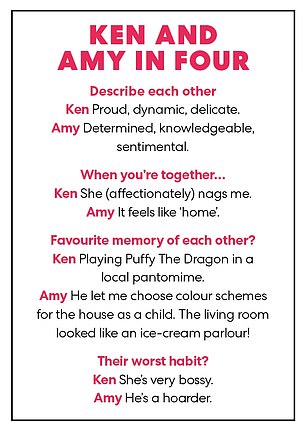 Ken and Amy in Four

By today’s standards, our family life was very traditional. I went to work while Kathryn ran the home and looked after the children – she had given up her career when they were born – so I was an evening and weekend dad. I had no idea how I’d cope on my own. I tried to drip-feed information to Amy and Mark that Mummy was very poorly and a time would come when she wouldn’t be with us. But it was impossible for a three-year-old to comprehend.

Kathryn and I never spoke about my life with the children after her death. It was too painful. However, not long before she died, two nurses who’d cared for Kathryn told me she’d confided in them that she wasn’t worried about the children; she knew they would have me, and I would take the very best care of them. I’ve never forgotten those words. Over the years, they were often what kept me going. She’d placed her absolute faith and trust in me as a father: I couldn’t let her down.

Kathryn died in April 1992 in a local hospice. I’d visited her that afternoon and got a call in the middle of the night to come back but I didn’t make it in time. Driving home, it hit me that it was just me now. It wasn’t simply practical things I had to master, such as improving my cookery skills, but emotionally I had to change, too. I had to bring out a softer, maternal side to myself because I knew the children needed that as well.

Amy was too young to really feel the loss of her mother – she couldn’t miss what she didn’t remember. On one hand that made it easier: I didn’t have her grief to deal with beside my own. We played with Barbies and took day trips to Blackpool; she was such a happy girl. But it was also heartbreaking that she would grow up with very few memories of Kathryn.

I sent Amy to ballet lessons as, although she had two grandmothers who helped a great deal so I could work, I was conscious she was growing up in an all-male household. I wanted a female environment and other women role models for her. It plunged me into a world of shopping for ballet leotards, make-up for shows and I was usually the only dad at her recitals.

To my surprise, I loved it. I was so proud when Amy went to train with the Royal Ballet School in London as a teenager, then won a scholarship to study at the Northern Ballet School in Manchester, becoming a professional dancer when she was 21.

Shortly after Kathryn’s death, someone told me that children from single-parent families didn’t achieve as much in life. I was determined that wouldn’t happen to Amy and Mark. I pushed them both hard and watched Amy graduate with a first-class honours degree in visual arts from the University of Salford, not long after Mark had graduated with a first, too. The only thing that could have made the day more perfect was Kathryn being there.

Amy is very like me – stubborn and determined. It’s a bittersweet likeness because I’m sure had Kathryn lived, she’d have been more of a mix of us. She’s also very maternal, always clucking around me and Mark because she grew up as the woman of the house. 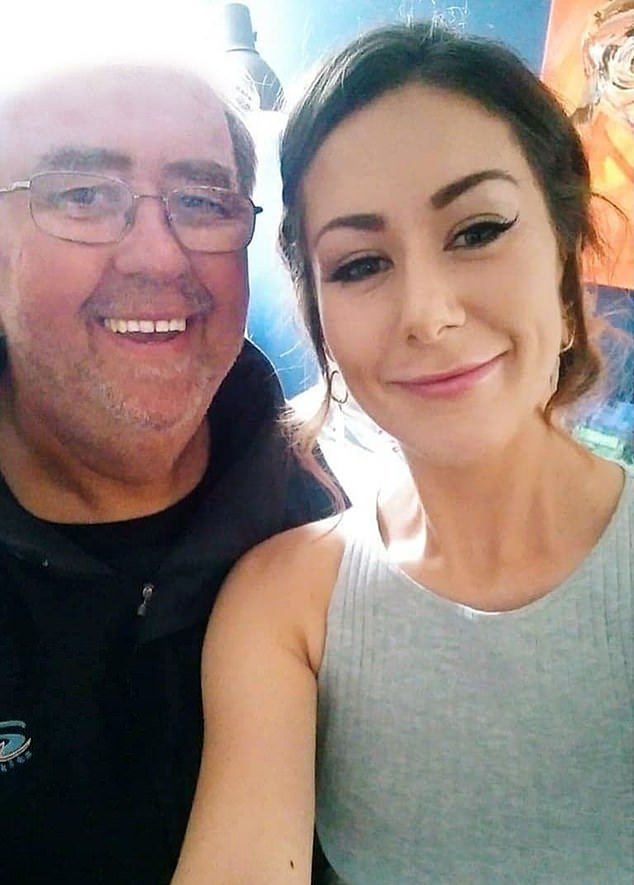 When I became a single dad, I resolved not to live my life wondering what Kathryn would do. I knew I had to have courage in my own decisions and do what I thought was best. She believed in me and I had to believe in myself.

I look at Amy today – such a caring, clever and successful woman – and I know Kathryn would be happy that I’ve done a good job.

Amy Stevenson, 33, is a museum worker and freelance curator and lives in Northwich, Cheshire with her partner

One of my most treasured possessions is a DVD that Dad made for me, containing a compilation of footage of Mum that he took on a camcorder.

Each time I watch the snippets of her in the house, on a holiday or of Mark and I playing while she watches us, I feel grateful he captured her in this way for me to watch and treasure.

I only have fleeting memories of my mother. One is of her giving me a jewellery box, which I still have, when she was in the hospice. In all my other childhood memories, though, Dad is there – a constant and reassuring presence.

I know there were times he struggled and broke down in private, but in front of me and Mark he was always strong, upbeat and busy. I realise now that filling our time with activities, homework and holidays was his way of coping.

As I grew older, I adored Dad but I wondered what it would be like to have a mum, too, and I gravitated towards other children who had mothers I liked. But I also benefited from his paternal naivety. In my teenage punky phase of pink hair and heavy eyeliner he thought that’s what everyone my age looked like; I suspect a mum would have been more aware.

Dad threw himself into being a ‘ballet dad’ with gusto. I’d see him from the stage when I danced, sitting with all the mums, his pride palpable. After I turned professional, I spent four years based in America performing on cruise ships. It was an amazing experience and all thanks to Dad sending me to lessons.

At the end of my first year of university in 2012, we took a road trip in his campervan, driving from Cheshire to Lithuania. My mum’s family was from there so it was a bit of a pilgrimage in her memory. There are very few people I could spend 24 hours a day with for almost three weeks, crammed into a campervan, but it was the most perfect trip. Dad is such easy company and that time together was really special. I cooked, he kept the van going and we laughed a lot.

Dad retired early in his late 40s suffering from stress, and I wonder if all those years keeping his emotions in check for our sake took their toll on him. Then, in 2017, I moved home to Northwich from Yorkshire where I’d lived for several years. Dad has asbestos plaques, severe heart failure and chronic obstructive pulmonary disease, and his health had declined. I wanted to be closer to him. When you’ve lost one parent it makes you painfully aware of the mortality of your surviving one and how precious time with them is. 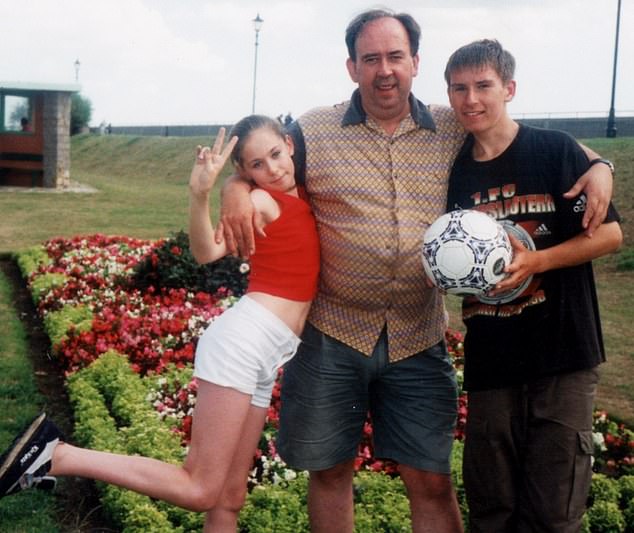 Amy aged 13 with her dad and brother Mark

Some people assume it was a hard decision to leave behind my job, friends and the life I had made. But it was simple. Dad sacrificed so much for me – staying single to focus on fatherhood, turning down promotions at work, along with running a home – now it was my turn to be there for him.

Since lockdown began, I have missed our Friday night ‘chippy tea’ at his and Sunday roasts at mine, but I drop round baking to him, we FaceTime and now we can sit in the garden together, which is lovely.

My bond with him is so strong and it feels different to other fathers and daughters I know. It makes me sad there is a gap in his life where Mum should be, but also determined to maintain my special connection with him. He’s been Dad and Mum to us, and I couldn’t have wished for more.