Miss Aluminium is a different order of achievement entirely, both in its scalding honesty and its sly, watchful humour. I haven’t read a book like it in years.

The defining event of Moore’s life came aged 12 when her mother died after a struggle with depression and a philandering husband. The idyll of her Hawaiian childhood then vanished completely when her father married a woman who embraced the role of wicked stepmother with relish. 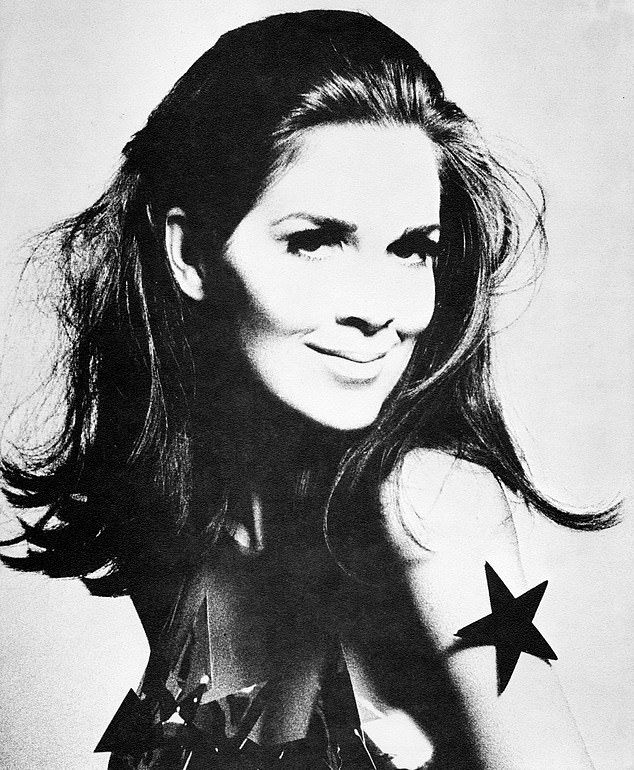 Susanna Moore (above, in 1960) fled aged 17 to her grandmother in Philadelphia. ‘I took nothing with me when I left,’ is the opening sentence of the book

Moore (right, in 1960) fled aged 17 to her grandmother in Philadelphia. ‘I took nothing with me when I left,’ is the opening sentence of the book, which blooms into a compelling rags-to-riches story.

The ‘rags’ in fact were trunkloads of designer clothes – cast-offs of a rich older friend. They became her disguise and a passport to another life, first as a salesgirl at a snooty New York department store and then as a model.

Sexually naive, she marries the first man she sleeps with, a Chicago graduate student who later beat her unconscious when she asked for a divorce.

Moving to L.A. she gets a bit part in a Dean Martin film – ‘If I was not at ease as a model I was particularly bad as an actress’ – and is raped by Oleg Cassini, favourite designer of Jackie Kennedy.

Happier times await thanks to the patronage of society hostess Connie Wald: she becomes a script reader for Warren Beatty, shares a house with Roman Polanski, and has an affair with Jack Nicholson (‘Our time in bed did not go badly, but it was not thrilling’).

Her marriage to production designer Dick Sylbert collapses in disarray.

Amid this swirl of revelation and anecdote, a shadow is always present. The mystery of her mother’s death, and her unresolved anger with her father, return to haunt the final pages.

In a way, the Hollywood high life she has chronicled seems not merely a distraction from her agony of loss but an anaesthetic to it. Once its effects wear off the pain surges back, undiminished.

The book ends abruptly in 1976, when Moore is only 30, now a single mother facing an uncertain future. A second volume of these memoirs feels as necessary as it is desirable.

Viv Groskop was a provincial schoolgirl in the 1980s when she saw the late Clive James on television interviewing French author Françoise Sagan as she drove him erratically around Paris, oblivious to James’s increasingly nervous remarks about her speed.

Even when Sagan hit a pedestrian, she simply drove off with a shrug (happily, only the pedestrian’s briefcase was damaged).

Sagan (pictured below with her dog in 1960) was the author of the best-selling novel Bonjour, Tristesse (‘Hello, sadness’), but to Groskop her couldn’t-care-less attitude epitomised Au Revoir, Tristesse. 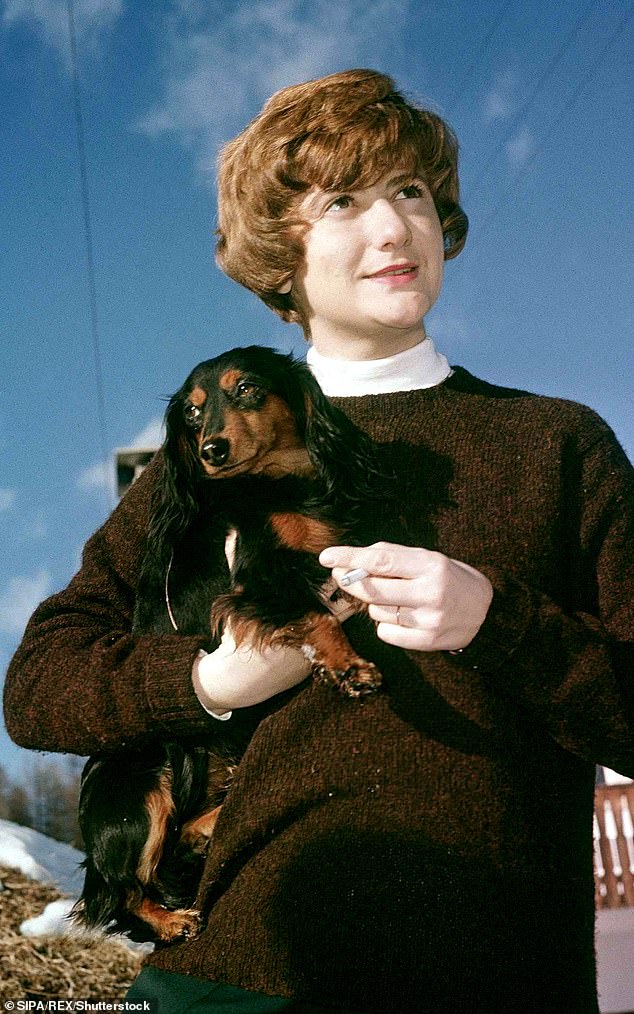 Françoise Sagan (above with her dog in 1960) was the author of the best-selling novel Bonjour, Tristesse (‘Hello, sadness’)

Groskop went on to study French at university, devouring the country’s literature, convinced it contained all ‘the wisdom that we need about the pitfalls and pleasures of the ideal life’.

As she acknowledges, it’s a subjective selection that misses out several Gallic giants, such as Baudelaire and Voltaire.

Still, whether you come to the book totally ignorant of French literature, or – like me – with some knowledge (I studied French at the same university as Groskop), there is heaps here to inform, divert and provoke.

Groskop’s especially entertaining on the lives of her selected writers. The book is studded with nuggets such as the fact that Honoré de Balzac, creator of La Comédie Humaine, a series of 91 linked novels and short stories, fuelled his prolific output by drinking 50 cups of coffee a day (his record was 80).

Or the fact that Gustave Flaubert, author of Madame Bovary, was a vain, syphilitic misogynist, who, if he existed now, would be ‘a try-hard Instagram influencer who thinks he is Timothée Chalamet when he is more like Austin Powers’.

Groskop’s pacey writing made me want both to revisit these timeless works of art, and to finally try those I’d missed. I’m even tempted to tackle Marcel Proust’s monumental A La Recherche Du Temps Perdu, after learning that her Cambridge tutor said that only the first and final of his seven volumes were essential reading.

Anyone keen to come out of lockdown better-read would do well to start here.