Caravans have not always enjoyed the best of reputations — at least not among those who have never experienced this essential British holiday pastime.

Many of us will only be familiar with the infuriating situation of being stuck behind one on a narrow, winding country lane. But caravan parks could be set for a bonanza summer when they reopen on July 4.

The National Caravan Council has described caravans as ‘socially distanced by design’ and, according to a survey by the organisation in the first months after lockdown, 70 per cent of British adults said they would consider a caravan-based UK break.

Retro caravanning: Caravans have not always enjoyed the best of reputations – at least not among those who have never experienced this essential British holiday pastime 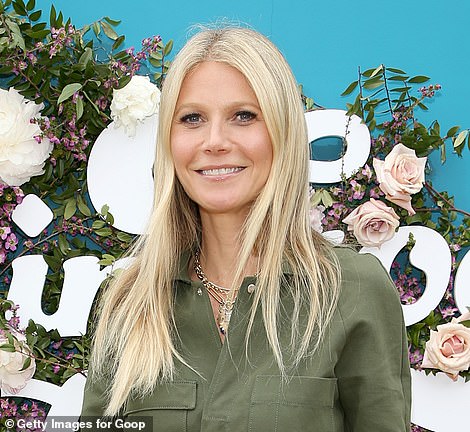 What’s more, caravans have always had their celebrity admirers. In 1967, John Lennon bought one for his son Julian, which they used for family holidays.

And Dame Helen Mirren, Gwyneth Paltrow, Beyonce, Jay-Z, Rick Astley and Jamie Oliver have all professed their love of caravans.

The combination of private bathrooms, spaced accommodation, the outdoors and self-catering make a stay in a static caravan perhaps the most uncomplicated break to take this summer.

Many parks will forgo entertainment and keep bars, restaurants, pools and playgrounds closed but, largely, the experience will be unchanged.

There is no need to compromise, either, as caravan parks are located in some of the UK’s most naturally-beautiful areas. Here we list ten of the best. 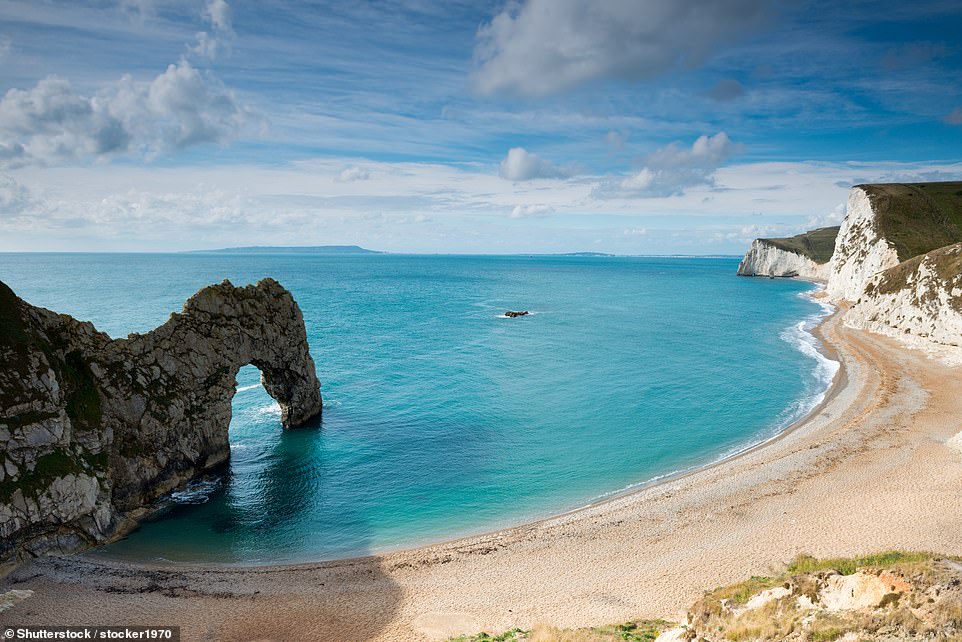 Surrounded by cliff-top paths and overlooking Jurassic Coast beaches, this caravan park has a spectacular location.

Swanage Coastal Park in Dorset has two and three-bedroom caravans, some with hot tubs, and pets are welcome.

DON’T MISS: Five miles away is Corfe Castle, a magnificent Saxon stronghold in the Purbeck Hills.

DETAILS: Three nights’ stay in a two-bedroom caravan (sleeping four) is from £284 (shorefield.co.uk). 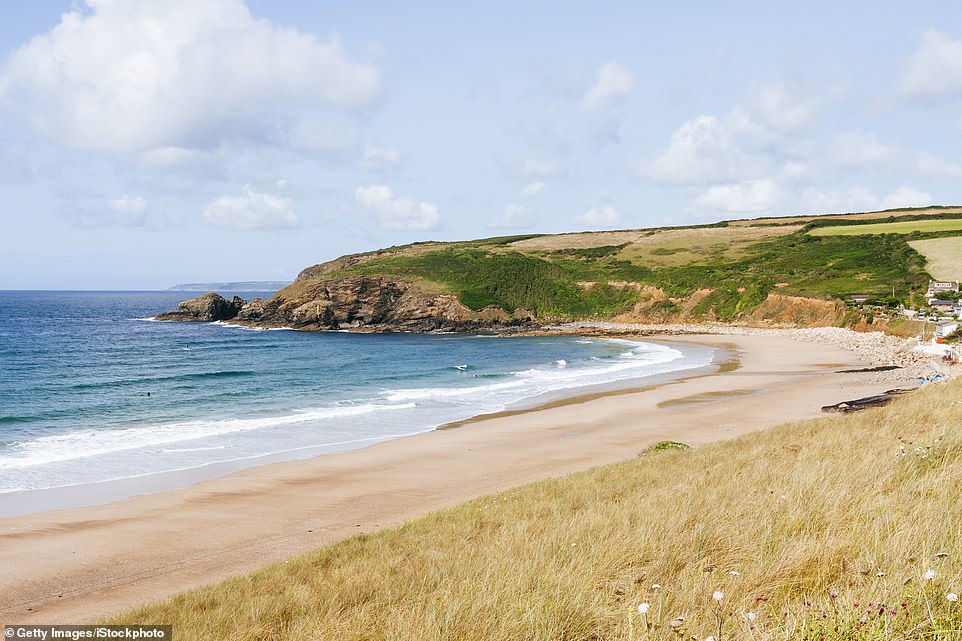 Charming: Praa Sands Holiday Park in Cornwall has two and three-bedroom caravans, all with sea views. Pictured is Praa Sands

Head past the busy Padstow, Newquay and St Mawes and you get to Praa Sands, a half-hour drive from Land’s End.

Pet-friendly Praa Sands Holiday Park has two and three-bedroom caravans, all with sea views. There are walking trails and cycle tracks on your doorstep.

DON’T MISS: Porthleven, five miles away, the most southerly port on the UK’s mainland, is a charming fishing town.

DETAILS: A two-bedroom caravan (sleeping four) is from £245 per week (hoseasons.co.uk).

Sitting among the towering mountains and eerie lochs on the west coast of Scotland, Craig Tara, near Ayr, has two and three-bedroom caravans, as well as direct access to the beach.

Pools, pubs and restaurants on site will remain closed for the entire year. There will also be no activities or entertainment on offer.

The Robert Burns Birthplace Museum is nearby, and children will love meeting guinea pigs, llamas and other animals at the Heads of Ayr Farm Park.

DON’T MISS: The Isle of Arran, which sits in the Firth of Clyde, is 30 miles and a short boat ride away.

DETAILS: A two-bedroom caravan (sleeping four) is from £479 per week (haven.com). 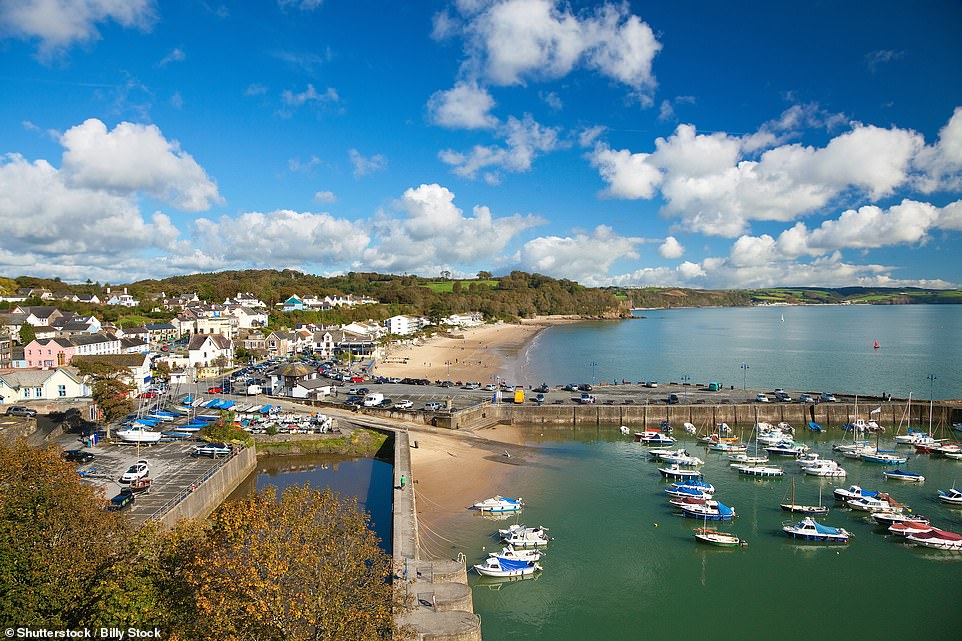 Getting to Wales this summer could be tricky because of the country’s stricter lockdown. Currently, travel from England to Wales is not allowed and residents are confined to their local area (five miles) — but the hope is that these measures will be relaxed.

Meadow House Holiday Park is atop the cliffs between the picturesque Saundersfoot and Amroth beaches. The park’s two and three-bedroom caravans are in a secluded spot, a great base for exploring the Pembrokeshire Coast National Park.

Nearby is the historic and picturesque town of Tenby and its fishing harbour, from which boat trips can be taken to Caldey Island. Cistercian monks have lived on the island for more than 100 years and they make their own lavender perfume there.

DON’T MISS: A trip to Heatherton World of Activities — a fun and cheap day out which is perfect for families who have young children.

Delamere Lake Holiday Park surrounds a lake and is perfect for sailing, canoeing and stand-up paddleboarding. Two, three or four-bedroom caravans have terraces with lake views and a hot tub. The park is pet-friendly and there are plenty of days out to be had nearby, including Chester Zoo, the Roman walls of Chester and Tatton Park.

DETAILS: A two-bedroom Lakeside Lodge (sleeping four) is from £555 per week (delamerelake.co.uk). 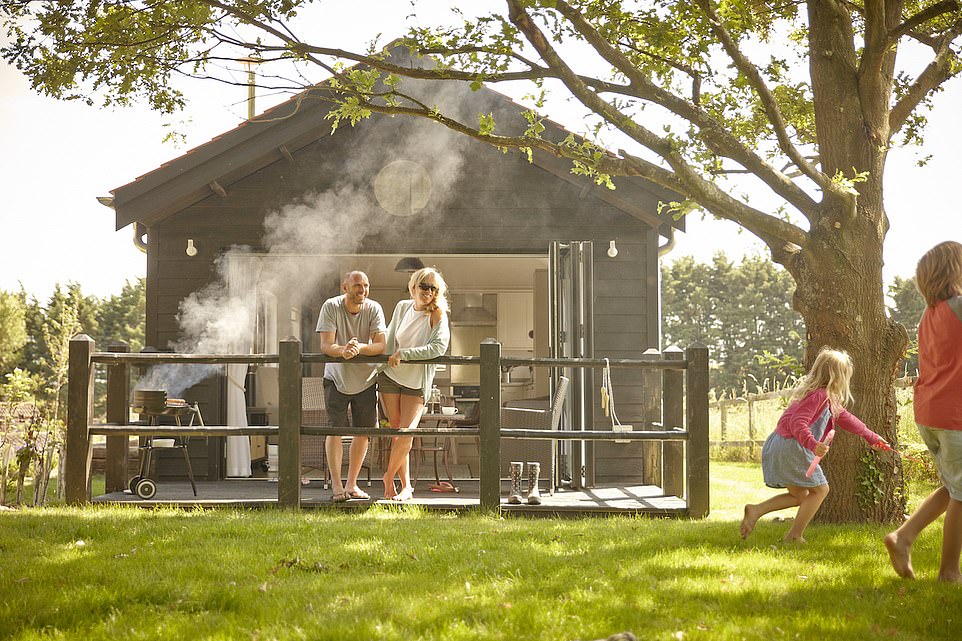 Island idyll: Enjoy some family fun at the Lakes Rookley on the Isle of Wight, which has two and three-bedroom caravans

For a much-needed change of scenery, the Isle of Wight hits the spot. The Lakes Rookley has two and three-bedroom caravans.

The park has a lake or you can strike out to the beaches.

DON’T MISS: Ventnor Botanic Garden, which is full of subtropical trees and shrubs.

DETAILS: A two-bedroom caravan (sleeping four) is from £178 per week (ariaresorts.co.uk).

‘The loveliest spot that man hath ever found’ was the poet William Wordsworth’s verdict of Grasmere in the Lake District.

And nearby Lake Windermere isn’t bad either. Dogs are welcome at White Cross Bay Holiday Park, on the lakeshore. The two or three- bedroom caravans sleep up to eight.

DETAILS: A two-bed caravan (sleeping four), with a hot tub, is from £449 per week (parkdeanresorts.co.uk).

The dramatic cliffs of St Abb’s Head is renowned for colonies of kittiwakes, guillemots and gannets. Nearby town Eyemouth, in the Scottish Borders, has a scenic harbour and beach. 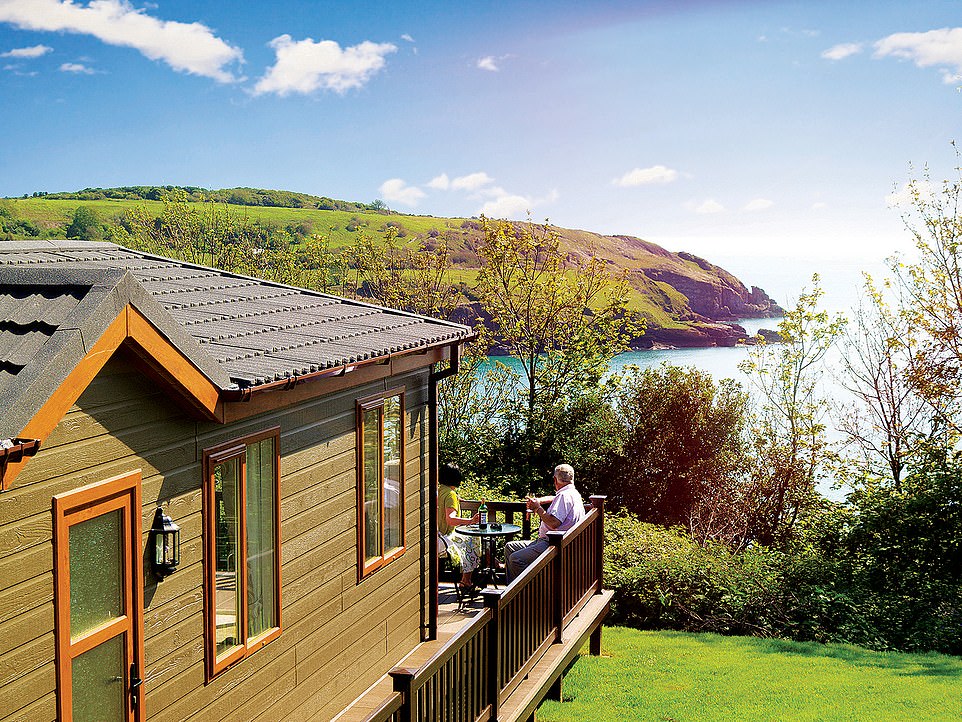 Riviera Bay Holiday Park, overlooking St Mary’s Bay, is pet-friendly. The top end of the two and three bedroom lodges have views of the coast and countryside.

DON’T MISS: Babbacombe model village, with 400 models including Stonehenge and the Shard.

DETAILS: A two-bedroom caravan (sleeping four) is from £859 per week (parkholidays.com).

BEST OF BOTH WORLDS

White Rose caravan is on Goosewood Holiday Park, near York, and has two bedrooms, as well as a deck with views. The park also has a well-stocked lake for fishing. And just six miles away are the charming streets of Roman York.

DETAILS: White Rose (sleeping four) is from £630 per week (ukcaravans4hire.com).