The History Of Magic

There is nothing in these pages about conjuring tricks, sawing women in half, muggles, rabbits or wands. For Chris Gosden, Professor of European Archeology at Oxford University, magic should be taken as seriously as religion and science, not least because it is, he shows, a great deal older than both.

The discovery of Ice Age burial tombs shows that our earliest ancestors believed in astral bodies, and today three-quarters of Americans believe in the paranormal.

You don’t have to be the devil-summoning Aleister Crowley to practise ‘magick’, as Crowley spelled it; magic might have earned itself a bad reputation in the West but it is still alive and kicking and much of it benign. 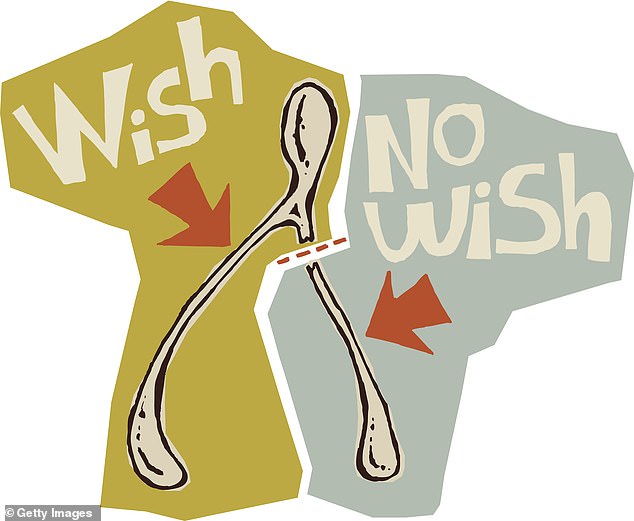 While we might scoff at the art of alchemy, we read our horoscopes, take note of Friday 13th, snap wishbones and buy lottery tickets containing our lucky numbers

While we might scoff at the art of alchemy, we read our horoscopes, take note of Friday 13th, snap wishbones and buy lottery tickets containing our lucky numbers.

The purpose of magic, Gosden argues in this vast and transformational book, is like the purpose of science: to understand the world and explore those ways in which we can benefit from its workings.

Being aware of the limits of our perception and of the mysterious power of the unknown is as important to our lives as the certainties offered by science and the convictions of religion, and we therefore need to bring magic back into the Western world.

Gosden’s definition of magic is ‘participation’, by which he means being open to those things we are unable to explain (in other words, everything). ‘Magic,’ as he puts it, ‘is a technology for recognising that life exists in every nook and cranny.’

Having taken us through the magical nooks and crannies of thousands of years, Gosden looks to the future and this is where he becomes, we might say, shamanistic. In its final chapter the book ceases to be a history of magic and becomes a manual for survival.

We need, Gosden argues with the wisdom of a sage on a mountain-top, a ‘new magic’ for the 21st Century in order to deal with the calamity of climate change.

This ‘new magic’ involves rethinking what it means to be human, reconnecting the mind and the body, and embracing a holistic way of living with nature, the cosmos and one another.

The lyricism of his argument, which sounds battier than it is, reminded me of Germaine Greer’s clarion call in The Change, where she counsels menopausal women to exchange ‘two taut breasts’ for the spiritual power of sorcery.

‘There is no point in growing old,’ Greer reasons, ‘unless you can be a witch.’ For Gosden, there will be no future at all unless we all become magicians.

The writer and broadcaster Charlie Connelly has long been obsessed by the English Channel, so much so that he’s acquired a passion for swimming in it, despite having the ‘muscle tone of Charles Hawtrey and the co-ordination of a prop forward on ice skates’.

In this entertaining if undemanding book, he tells the stories of the places and people who have made this stretch of water one of the most famous – and busiest – in the world.

Despite its title, The Channel is less about the waterway itself and more about the coastal towns (and their many colourful residents) that abut it. Connelly visits Brighton and Folkestone, Dunkirk and Dieppe, and uncovers a menagerie of larger-than-life characters – adventurers, aviators, balloonists and swimmers – whose destinies were bound up in this thin sliver of brine. 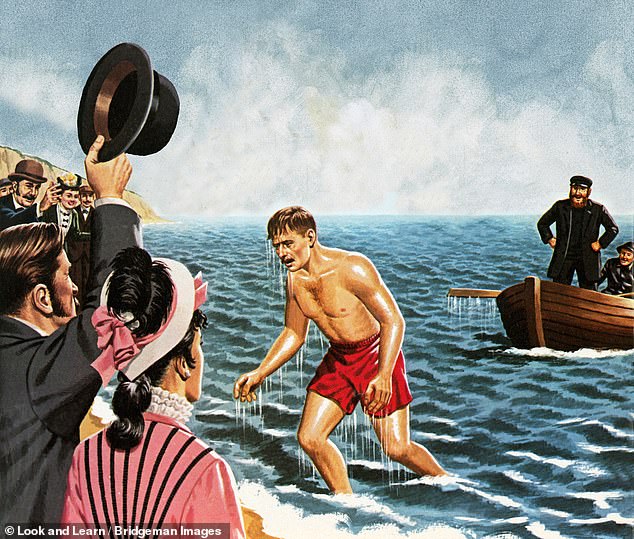 Inevitably Captain Webb, the first man to swim the channel (pictured in this lithograph by John Keay), features prominently

‘The channel draws a range of people to it,’ he writes, ‘and the best of them by far are the dreamers.’

Inevitably Captain Webb, the first man to swim the channel, features prominently. His astonishing feat took him 22 hours to complete in 1875 and the intrepid Webb nearly died in the process (such were the chafing welts in the folds of his neck that he couldn’t fasten his shirt collar for two weeks afterwards).

We also meet pioneer balloonist Jean-Pierre Blanchard, the first person to cross the 21 miles by air, who only maintained sufficient elevation by throwing out all the available ballast on board, including his clothes.

Over a century later, Louis Blériot completed the first aeronautical crossing in a flimsy plane, described as more like a ‘go-cart with wings’. Connelly, describing this gloriously sanguine aviator, writes: ‘He didn’t so much leave things to chance as willfully abandon them to it.’

Bright, breezy, and seasoned with a beguiling poignancy, The Channel is the perfect read while you wait for your summer holiday to begin.