Losing a fish is a funny feeling. After the wriggle of the take, the rod bend and the frantic, scrabbling fight, the line goes suddenly slack.

That’s when the still-raised voices, elevated heart rates and inevitable torrent of expletives seem a touch over the top. But, soon enough, the quiet returns and the whistling lines resume.

Fly fishing, like most sports, is made up of brilliant highs and crushing lows. But, most importantly, it demands perseverance.

Peaceful: World’s End Lodge caters for those hoping to catch sea trout and has access to the Irigoyen River (pictured)

I’m staying at World’s End Lodge with my family on Patagonia’s Tierra del Fuego, a four-hour drive from Ushuaia, the world’s most southern city. Tierra del Fuego, home to 150,000 people, is the main island of the archipelago that makes up the southern tip of Argentina.

The lodge, which sleeps eight in wooden cabins, caters for those hoping to catch sea trout and has access to the Irigoyen River which drains into the Southern Atlantic. And there’s no problem with social distancing, as just four people, spread along 15 miles of river, are allowed to fish at one time. The sea trout here reach sizes beyond 20lb; they feed at sea and run, like salmon, up the river to spawn.

My brother, Fred, was fishing almost before he could walk and my father, Nick, is a fanatical fly fisherman. Indeed, many family holidays have involved standing on riverbanks or sitting in a boat for me, my mother Victoria and sister Georgia. 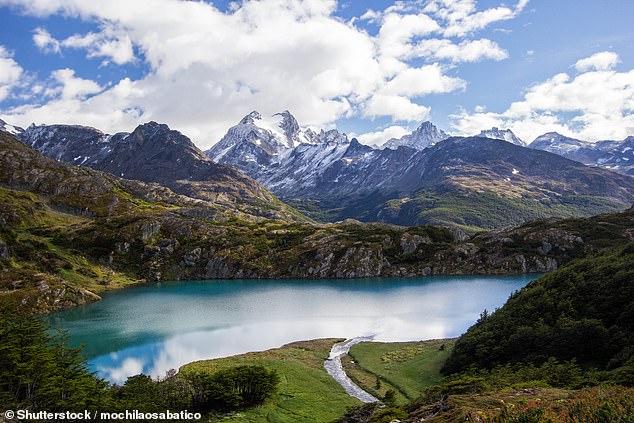 Tierra del Fuego, pictured, home to 150,000 people, is the main island of the archipelago that makes up the southern tip of Argentina

There are six of us on this trip, as we are also here with Johnny from Farlow’s Travel as well as fellow guests John and Tom. All are dedicated fishermen.

Over the course of the week, the sound of rods crashing to the ground in frustration is punctuated by cries of ‘vamos!’ from our exceptional guides, Diego, Neheun, Nahuel and Tobi.

Sea trout here reach sizes larger than 20 lb; they feed at sea and run, like salmon, up the river to spawn. In a single day, my brother tells me twice that he has caught the fish of a lifetime.

On our first day, it rains incessantly and the river becomes an angry brown torrent. Thankfully, we manage enough time for me to lose the obligatory ‘big one’.

The next morning, we are no longer able to fish and won’t be for the next few days at least.

The lenga trees lining the river have been clipped to a uniform height by the wind. Their bark is white and some lie in twisted heaps on the ground, while others float down the river.

Nearly every part of the UK is so accessible, it can make the world seem like a small place. But Patagonia is almost terrifyingly wild and vast. It’s harsh but beautiful and peaceful. 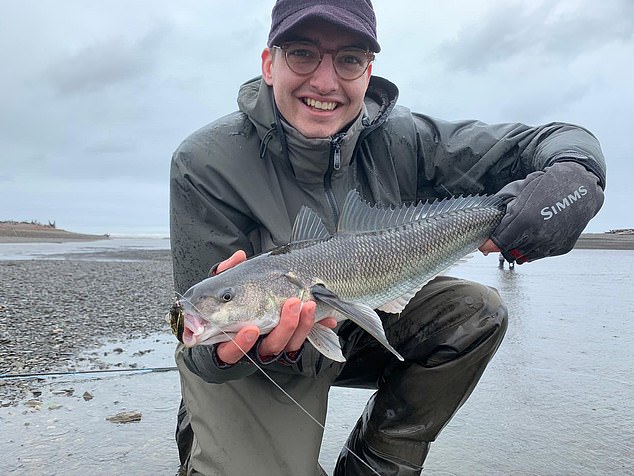 Fly guy: Hugo with a robalo, which he later enjoyed for his dinner

It was the Scots and Welsh who arrived here in the 19th century, seeking a place as far away as possible from the English.

This is estancia (ranch) country; vast swathes of empty land dotted with the occasional house but full of cattle, leaping guanacos (similar to llamas), small grey foxes and wild horses.

One day, a gaucho rides into the lodge wearing a ten-gallon hat and soaked through. He asks head guide Diego if we can collect the body of his dog, which has been killed by a bull, and drive it to his house.

Another day, we walk to the beach, where Nahuel points out Argentina’s southernmost point 50 miles away and the broken-tooth ridges of the Andes, which slope down into the sea. They eventually resurface on Antarctica.

He also shows us the plot of land on which his family lives. He is so comfortable in this wilderness that he once spent 20 days walking, camping and fishing for food.

Another time, he was working on a yacht and asked to be put ashore after a disagreement with his boss, then spent four days walking home, crossing the border from Chile.

The rusting hull of the Desdemona sits on the beach by Nahuel’s house. The ship was built in Hamburg and sold to an Argentinian company back in the Sixties.

Shipping firms often intentionally wrecked vessels here for insurance money. After all, it’s a hell of a long way to send someone to check the veracity of the claim.

Wandering down to the wreck on the beach, we see two fishermen checking their nets, hauling ashore and hurling up the beach the stiff bodies of the same fish we’ve travelled so far to catch.

Fly fishing, like test cricket, is the purist form of a sport which takes a certain eccentric pride in not making life too easy. I’m a comparative novice and still find it immensely satisfying when the basics go well.

However, excellent fisherman though my father is, I appear to have inherited his tendency for tangled lines, hooking trees and snagging the bottom.

We share the river with huge beavers that float along like lilo-riding holidaymakers, and we spot magnificent Andean condors. 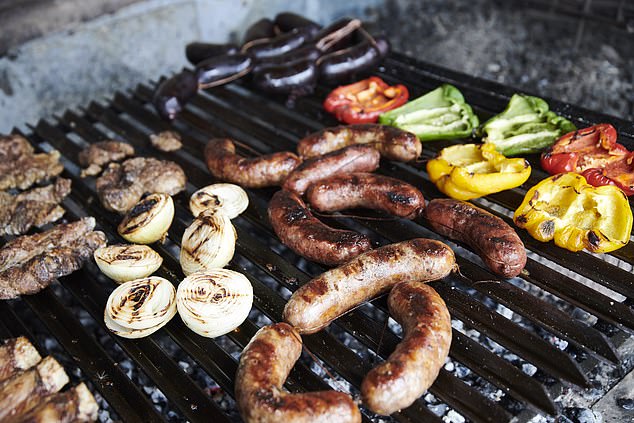 These are the largest flighted birds in the world by combined weight and wingspan. They mate for life, nest at heights of up to 16,000 ft and can live for 70 years.

When we’re at the lodge, chefs Maria and Johnny, who are Brazilian and Colombian respectively, cook for us superbly.

Cocktails emerge made with gin and local calafate berries. We eat Patagonian lamb, Argentinian asado (barbecue) and fish stew made with robalo, a sea fish that we have watched Johnny catch.

We are even served mushrooms that have grown in a single day. One upside of the rain.

By our penultimate morning, the river is running clear enough for my brother to catch a ten-pounder and a 16-pounder.

My father hooks (and loses) a sea trout he now only refers to as ‘the log’. I stand on the bank and think about the fish I lost on our first afternoon.

It all means nothing much to me. But you don’t have to be a fanatical angler to revel in this magnificent part of the world.