At the 2013 Cambridge Science Festival, scientists calculated how much it would cost to build the actor Benedict Cumberbatch (who was the festival’s guest director).

The necessary oxygen, hydrogen and carbon, plus assorted trace elements, came to £96,546.79.

The only problem is that the world’s cleverest scientists have not yet managed to create a single living cell, let alone an entire celebrity.

Bryson’s best-selling exploration of the human body dazzles with extraordinary facts (though you may prefer not to know about the exotic range of bacteria to be found in the human belly button).

It ends with a sober reflection on Covid-19: ‘Next time let’s be better prepared.’

THE GIVER OF STARS 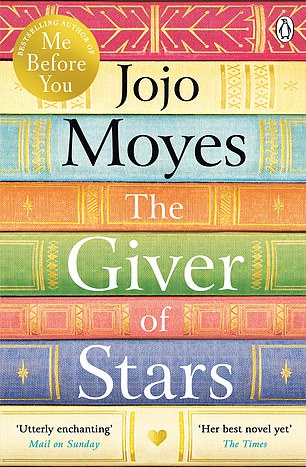 If ever a match were made in heaven, it should have been the union of Alice Wright and Bennett Van Cleve.

Alice, young, beautiful and bored in Thirties suburban Surrey, sees marriage to Bennett, the handsome son of a wealthy Kentucky businessman, as an escape route from her stifling family. Alas, the tiny Kentucky town of Baileyville turns out to be another kind of domestic prison.

So when the opportunity comes up to join the local band of packhorse librarians, intrepid young women who deliver books to literature-starved families, Alice eagerly takes it.

Based on a true story, JoJo Moyes’s latest novel is a heart-wrenching love story, a nail-biting legal drama and a beautiful study of female friendship. 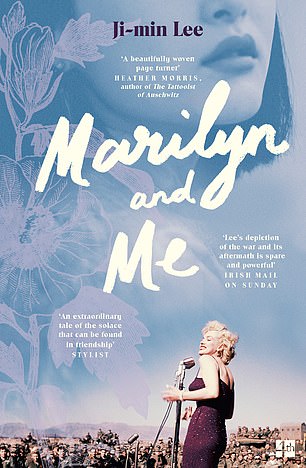 In 1954, Marilyn Monroe interrupted her honeymoon in Japan to visit Korea, performing for American soldiers stationed there.

She wore a sparkling dress to sing Diamonds Are A Girl’s Best Friend, and 10,000 marines went wild.

Ji-min Lee’s haunting third novel was inspired by two photographs, one of Monroe, the other of a female interpreter standing between a UN soldier and a North Korean prisoner of war.

Her narrator, Kim Ae-Sun, known as Alice, has survived appalling wartime experiences and is working as an interpreter at a U.S. military base in Seoul when she is chosen to translate for Monroe.

Alice’s tragic story unfolds as the two women — the star and the survivor — each come to recognise the other’s vulnerability.