By Victoria Allen, Science Correspondent For The Daily Mail

Trying to identify a wild bird while frantically leafing through a bird-spotters’ guide is no easy task.

But modern technology has come to the rescue, with artificial intelligence trained to help out amateur twitchers.

Where people may be confused by two similar looking birds, or a juvenile which does not yet have its adult plumage, AI has been found to identify birds with up to around 90 per cent accuracy.

The technology was trained using pictures of wild great tits and sociable weavers, as well as captive zebra finches.

It works in a similar way to the face-recognition programmes used to identify people in crowds.

Dr André Ferreira, from the Centre for Functional and Evolutionary Ecology (CEFE) in France, said: ‘We show that computers can consistently recognise dozens of individual birds, even though we cannot ourselves tell these individuals apart.

‘In doing so, our study provides the means of overcoming one of the greatest limitations in the study of wild birds – reliably recognising individuals.’ A common solution to identifying birds is to attach coloured bands to their legs, but that is time-consuming and can cause them stress.

To try AI, researchers used a wild population of sociable weavers from South Africa and great tits from southern Germany, which were photographed while they used bird feeders filled with seeds.

Captive zebra finches were pictured on perches in their enclosures, with images capturing detail such as their backs and wing feathers.

The artificial intelligence was trained using thousands of labelled images of the birds, which were tagged to individually identify them, and then tested on its performance. 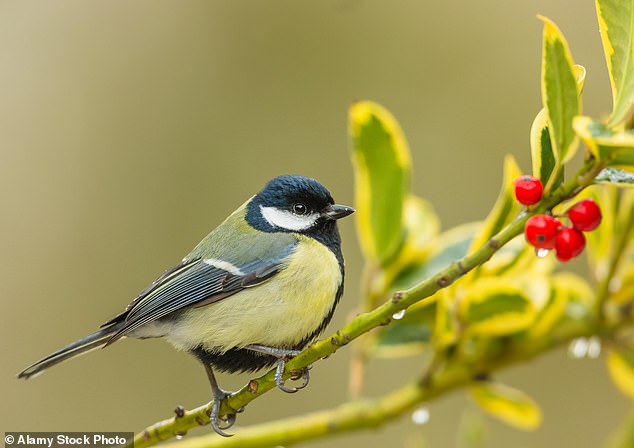 The study, published in the British Ecological Society journal Methods in Ecology and Evolution, showed AI achieved an accuracy of more than 90 per cent for the wild birds, and 87 per cent for the captive finches.

It is the first time technology has been used for bird-spotting in this way, and in some cases it required less than two hours of training to spot patterns in birds’ appearance.

Being able to distinguish individual animals from each other is important for the long-term monitoring of populations and protecting species from threats like climate change.

However currently the AI can only identify birds it has seen before.

Dr Ferreira said: ‘The model is able to identify birds from new pictures as long as the birds in those pictures are previously known to the models.

‘This means that if new birds join the study population, the computer will not be able to identify them.’ The appearance of individual birds can change over time, for instance through moulting, but experts say this potential hurdle could be overcome if AI was trained on enough images of birds. 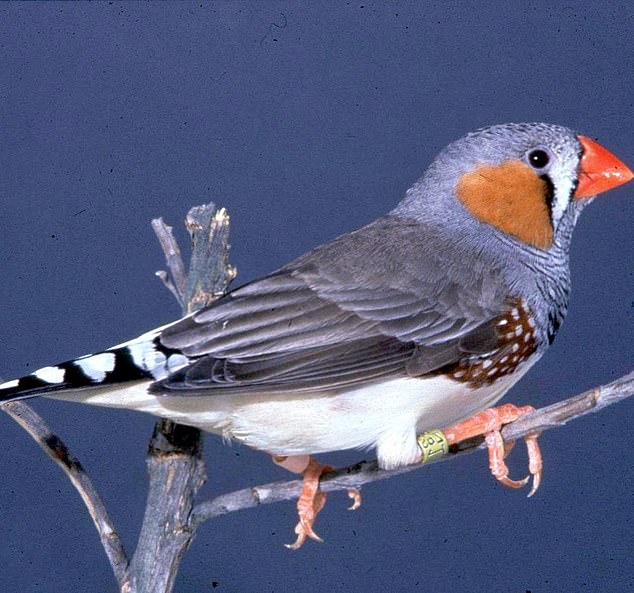 Captive zebra finches were pictured on perches in their enclosures, with images capturing detail such as their backs and wing feathers (file photo)