Coco Rocha is five months pregnant with her third child! Model and husband James Conran announce they are expecting a baby girl

By Charlotte Dean For Mailonline

Coco Rocha is five-and-a-half months pregnant with her third child.

The Canadian model, 31, and her husband James Conran have announced they are expecting a baby girl later this year and said their daughter Ioni, five, and son Iver, two, couldn’t be more excited at the prospect of their new family member.

Speaking to this week’s issue of PEOPLE magazine, Coco said: ‘We are having a girl and big sister is so excited.

‘She loves having a baby brother, but she’s like, ‘I got one of those. So let’s get another one, another version’. She wants to do all the mommy stuff. It’s going to be like having a baby doll.’

Coco revealed that they discovered she was pregnant with their third child just before the nationwide lockdown was announced.

She explained that she knew they would be able to get through it together as they had a new arrival to look forward to. 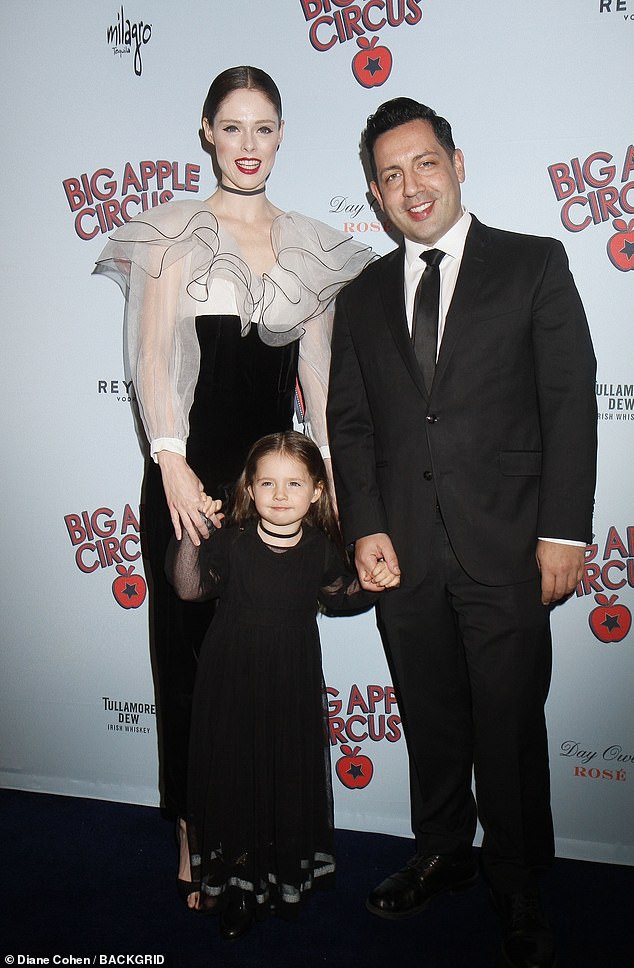 Love: The Canadian model, 31, and her husband James Conran have announced they are expecting a baby girl later this year

Although Coca admitted she has been feeling ‘really good’ throughout the pregnancy and is glad to have her family around, she revealed she was missing James attend appointments and scans with her.

She said: ‘The only hardship is that you can’t bring daddy in. We get to FaceTime and I know I’ve seen some other celebrities kind of showing how that’s worked for them,’ she says. It is a very different scenario, but I do appreciate everyone taking it so seriously. And the doctors have been awesome.’