A white teenager has avoided jail after forcing an autistic black boy to kiss his shoes in a horrific video shared online.

The 17-year-old was arrested after the shocking footage from June was put on social media and watched by more than one million people.

The boy and a girl, 17, were charged with racially aggravated assault, following the attack at Holmfirth Cricket Club, West Yorks.

But prosecutors dropped race hate charges against the pair and the case was settled yesterday after they agreed to sign a good behaviour contract and pay £50 compensation to the victim.

In a video, the attacker – who can’t be named for legal reasons – told the black youngster to kiss his shoe.

The victim appears to be shoved on the head as the bully tries to get him onto the ground and taunts him, saying: ‘Nobody is going to back you.’

In a second video the boy taunts a second black boy, saying: ‘I will slap the 50 shades of black out of you pal.’

The young man, wearing a red-t-shirt, looks distressed and begins shrugging his shoulders. 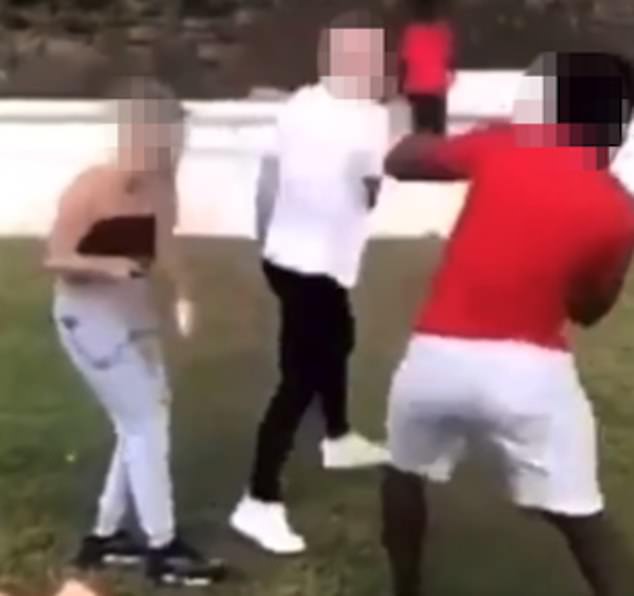 The pair continue to yell ‘get on the floor’ and the thug adds: ‘Kiss my fresh Air Force Ones that I paid £120 for’. He also appears to hit the vulnerable young man in the heard.

Cruel laughter is heard in the background as the victim eventually kneels on the grass and leans over to kiss both shoes.

The male defendant also taunted another black boy, saying: ‘I will slap the 50 shades of black out of you pal.’

The two 17-year-olds arrested over the incident were due to go on trial today at Leeds Youth Court. 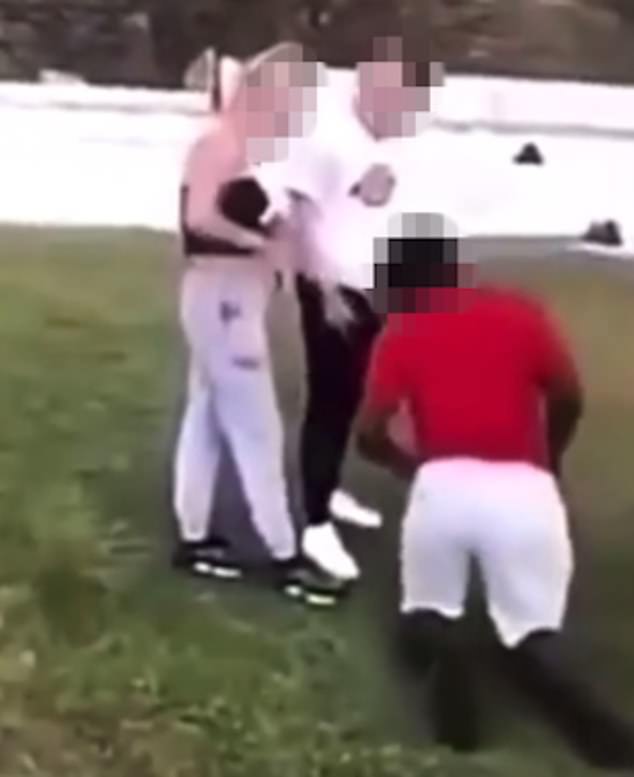 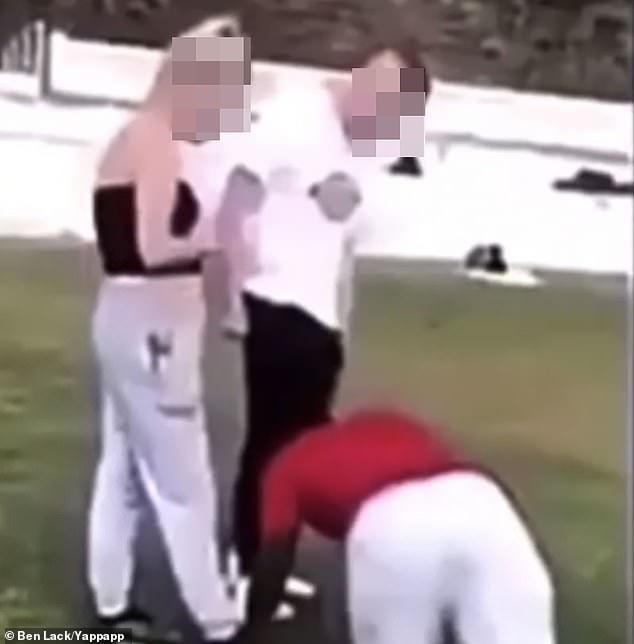 The 17-year-old white man (left) forces the boy, who is autistic, to kiss his shoes

The boy, of Holmfirth and girl, of Huddersfield, cannot be named for legal reasons.

The male accused had admitted common assault on the first victim and the girl had admitted causing harassment, alarm or distress to him. But both denied racially aggravated assault.

The boy had also denied racially aggravated intentional harassment, alarm or distress in relation to the second victim.

But on Tuesday he pleaded guilty to the charge in relation to the second victim and the prosecution offered no evidence to the joint racially aggravated assault charges.

They have both been referred to the Kirklees Youth Offender Panel, with the boy’s order to last seven months and the girl’s to run for four months.

They were also each ordered to pay £50 compensation to the victims.

A referral order requires juvenile offenders to appear before the panel to decide how they should be punished.

They also have to sign a contract on how they can improve their behaviour.