A traumatised NHS worker says he’ll be ‘scarred for life’ after racist thugs hit him with their car and ran off yelling ‘f***ing n*****’.

Less than two weeks after the attack, the 21-year-old has  revealed how doctors refused to show them the extent of the injuries to his face, and warned him he would have died at the scene had not been in such good shape beforehand.

The victim, who is being named as K or Kdogg, faces months of recovery and has revealed the attack has left him ‘traumatised,’ as he fears it could happen again.

NHS worker K, or Kdogg, 21, with his sister, is recovering at home after racist thugs hit him with a car in Bristol last Wednesday before running away yelling ‘f***ing n*****’

K was walking to a bus stop after finishing a shift at Southmead Hospital in Bristol at around 4.20pm last Wednesday.

Witnesses told police that a dark blue Honda Accord was deliberately driven at K before two men shouted racial abuse at him and then ran from the car.

K was unable to walk after the incident and was bleeding profusely from his head.

When he arrived at nearby Southmead Hospital, he was recognised by NHS colleagues and treated by them.

He underwent plastic surgery to his face that evening and was found to have suffered a broken leg, nose and cheekbone.

Doctors would not show him the extent of injuries to his face in the hospital so he saw them for the first time when he went home. 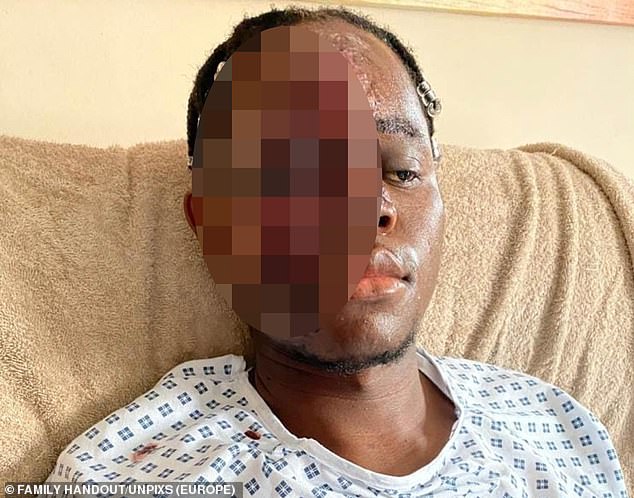 The 21-year-old revealed doctors would not show the extent of injuries to his face, leaving him to find out when he got home

K was discharged from hospital the day after the attack due to Covid-19, but has been back for treatment repeatedly since.

‘When I got home I looked in the mirror and that’s when I saw it,’ he said.

‘So just to know that this is literally going to be me for the rest of my life is obviously not nice.’ 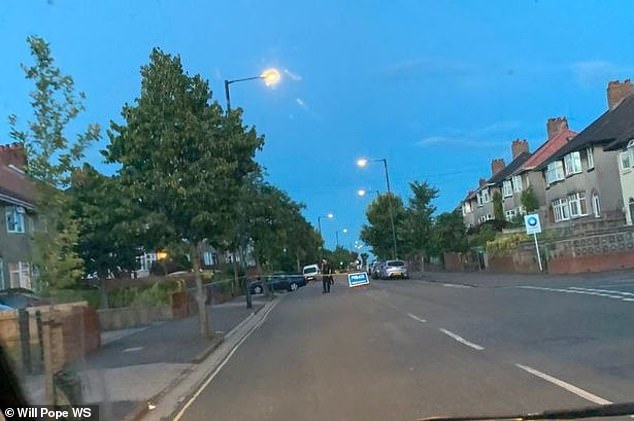 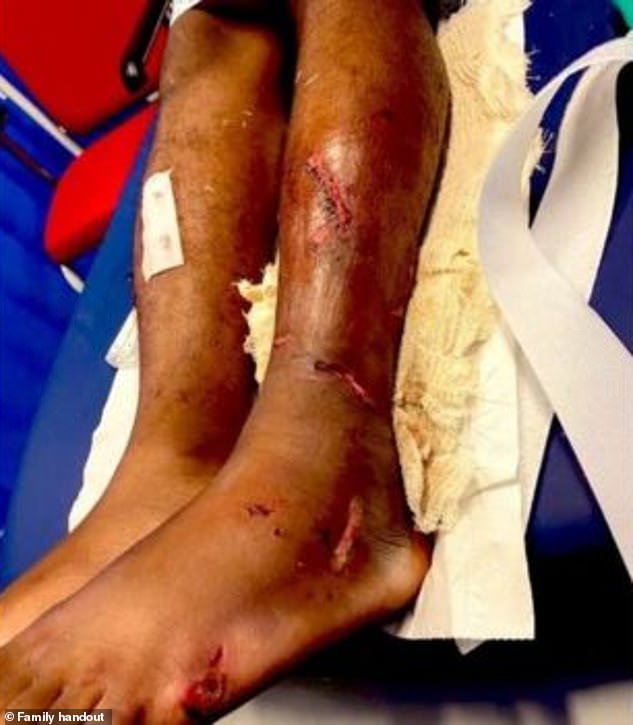 The man, who has been affected both mentally and physically by the assault, said he wanted people to ‘be aware’ of what had happened

There is grit and glass in his face that doctors are unable to remove.

Before the incident, K kept himself fit by going to the gym and exercising.reveals he was nearly killed

‘The doctor also said, because I like exercising and stuff like that, if I wasn’t such a fit person, I would have died at the scene,’ he said.

Doctors have said it will take a minimum of six months before K is able to do ‘most things’ but it will take longer for him to be back to full fitness.

‘But the scars on my face are going to be there for life so I’m not really going to be recovered from this,’ he said.

‘Obviously mentally as well, I’m traumatised. I don’t even know if it might happen again. 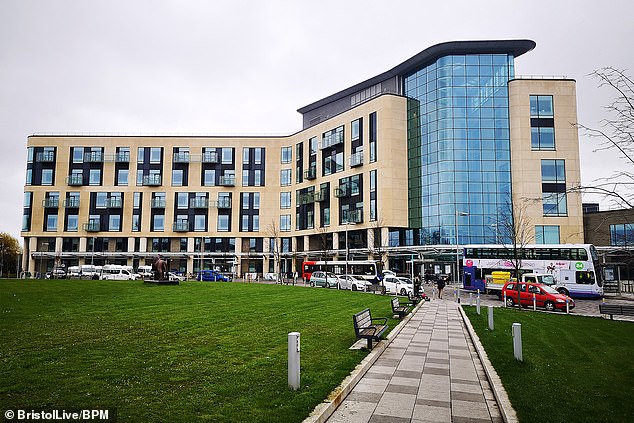 Speaking about the attack, K, who is being supported by the charity Sari (Stand Against Racism & Inequality), said: ‘People came to help me off the wall I was on and I just remember bleeding.

‘As I was helped off, I got laid on the floor and bandaged up.

‘I want to thank the people who helped me because of how quickly they responded and how they rang the emergency services because, obviously, if it wasn’t for them I’m not sure if I would be here.’

His injuries are so severe that he is unable to go upstairs in his home and can only sleep in a chair at a 45-degree angle.

‘Any small movements, anything I try and do right now is just proper painful, which is not pleasant at all,’ he said.

‘No-one has been arrested yet so the suspects are still at large. 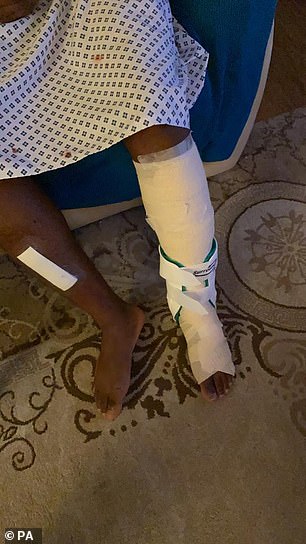 K faces months of recovery following last week’s attack. His injuries are so severe that he is unable to go upstairs in his home and can only sleep in a chair at a 45-degree angle.

‘For my family, for them going to the shop and so on, they probably have started to feel like it’s not safe for them.

‘Even some of my mates now, they’re kind of watching themselves every time they are on the road. They’re always looking around.

‘In your life, it shouldn’t be having to look over your shoulder all the time and just not feel safe.

‘Even let’s say I recover, I don’t feel like I’m safe anymore to do anything.’

Asked if he was scared, K replied: ‘I definitely am. They could come to my house right now and anything could happen.’

He said he has no idea who carried out the attack.

‘It is inhumane, totally inhumane,’ he said.

‘We are shattered. His mother is devastated, like any mother would be. He is a beautiful young man who has been attacked – it is terrible.’

The attack is being investigated by a dedicated team at Avon and Somerset Police, who are being supported by officers from the force’s Major Crime Investigation Team.

‘I’d like to reiterate that a full investigation is being carried out and, at this time, there is no intelligence or information to indicate there’s a further risk to the public,’ she said.’

Anyone with information about the attack is asked to contact the force online or by phoning 101, quoting reference number 5220163308.

Friends of K have set up a GoFundMe page to support him and his family.