Children younger than five can spread coronavirus just as easily as older kids and adults and have up to 100 TIMES more coronavirus in their noses – but only develop mild illness, study finds

Children under five years old can transmit the novel coronavirus just as easily as older kids can, a new study suggests.

Researchers found that although youngsters only develop a mild illness, they have viral loads in their noses up to 100 times greater than adults.

The team, from Ann & Robert H. Lurie Children’s Hospital of Chicago, says the ability of younger children to spread COVID-19 has likely been under-recognized because most schools and daycares closed by late March due to the pandemic.

For the study, published in JAMA Pediatrics, the team collected nasopharyngeal swabs from inpatient, outpatient, emergency department, and drivethrough t children at a pediatric tertiary medical center in Chicago.

They looked at 145 patients who developed to moderate illness within one week of experiencing symptoms.

Three groups were compared: children younger than age five, children between ages five and 17 years and adults from ages 18 to 65.

Children kindergarten-age or younger had viral loads between 10-fold and 100-fold greater amount in their upper respiratory tract.

‘We found that children under five with COVID-19 have a higher viral load than older children and adults, which may suggest greater transmission, as we see with respiratory syncytial virus, also known as RSV,’ said lead author Dr Taylor Heald-Sargent, a pediatric infectious diseases specialist at Lurie Children’s.

‘This has important public health implications, especially during discussions on the safety of reopening schools and daycare.’

Researchers say the findings suggest that children could potentially be drivers of virus spread in the general population.

‘Our study was not designed to prove that younger children spread COVID-19 as much as adults, but it is a possibility,’ said Heald-Sargent.

‘We need to take that into account in efforts to reduce transmission as we continue to learn more about this virus.’

The authors said this raises concerns because the behavioral habits of young children close together in school or daycare could lead to a serious spread.

But some, including  President Donald Trump, have been pushing for schools across the country to fully reopen for the fall semester.

Trump called recommendations about school reopenings made by the Centers for Disease Control and Prevention ‘very tough and expensive guidelines’ on Twitter earlier this month. 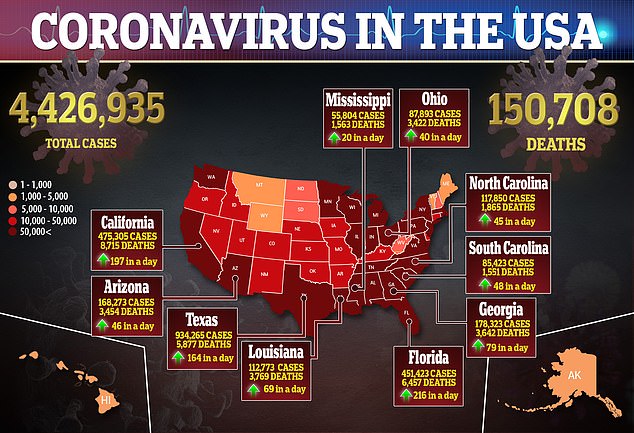 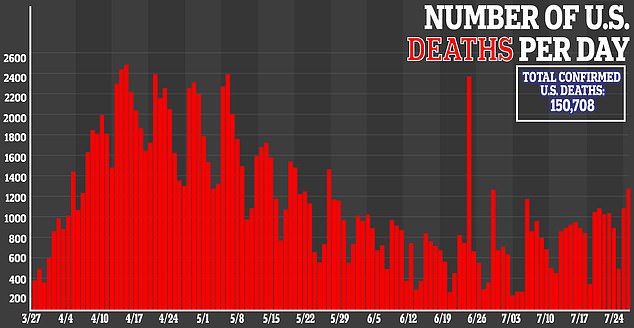 He also threatened to cut funding if learning institutions do not fully reopen.

However, public health experts have said that schools need to prepare with more than social distancing and masks but also by testing students and staff and, if someone tests positive, determining how long they quarantine for.

The American Academy of Pediatrics is an outlier, calling for in-person classes in the fall, issuing a statement that says ‘schools are fundamental to child and adolescent development and well-being.’

Some countries have been successful such as Norway and Denmark but many, including South Korea, have had to close schools after reopening due to spikes in infections.

The authors say inoculating children as soon as there is a vaccine will be key.

‘In addition to public health implications, this population will be important for targeting immunization efforts as SARS-CoV-2 vaccines become available,’ they wrote. 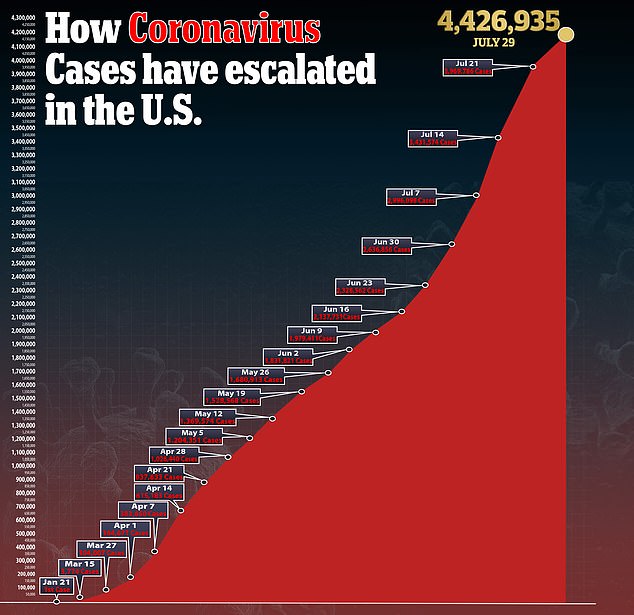