The six-month MOT extension announced at the start of lockdown to prevent motorists from having to take their cars to be tested expires tomorrow.

Vehicles due to to have an MOT from 1 August will not be eligible for the test exemption, meaning only owners of motors with test expiry dates today can still take-up the Government’s extension.

However, new Driver and Vehicle Licensing Agency figures revealed to online car selling site Motorway.co.uk show that most drivers have shunned the available extension in the last few weeks.

Extension expires tomorrow: MOT tests will be mandatory again from August after the Government cut short the extension

The six-month extension to MOT certificates has been available since 30 March and was originally due to be in place for 12 months.

However, with garages desperate to re-open to recover financial losses incurred during the pandemic and fears over the volume of dangerous vehicles on the road, ministers took the decision to end the temporary exemption for tests early – as announced on 29 June.

Owners of cars with MOT test certificates due to expire between 30 March and 31 July can still make use of the full six-month extension period – though have been warned not to.

The Society of Motor Manufacturers and Traders, Independent Garage Association and Institute of the Motor Industry all voiced their concerns about the dangers of a half-year extension being in place now that test centres have reopened and can service vehicles.

DVSA figures provided to This is Money showed that more than 5 million motorists took advantage of the MOT extension and skipped having a test conducted on their cars in April and May.

And with one in three cars failing their MOT on average, it means there were likely 1.6 million cars being driven that would have been deemed unroadworthy if tested in April and May, we exclusively revealed.

However, the figures for June paint a very different story.

Roads Minister Baroness Vere said at the end of June that garages across the country were open to provide MOTs, as she urged drivers to ‘book a test as soon they can’. 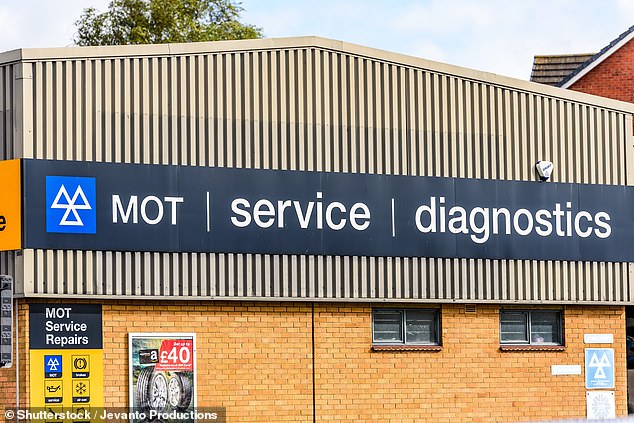 With MOT test volumes plummeting in April and May – due to the six-month extension – industry insiders warned that 1.6 million potentially dangerous cars were being driven

And it seems many drivers have been doing just that.

More than 2.6 million motorists put safety before saving and chose to take their cars to be tested in June.

A repeat FOI request made to DVSA by Motorway.co.uk revealed that a total of 2,622,920 MOTs were carried out in June,.

Not only is that an increase of 86 per cent on May figures, but it’s also closer to returning to normal levels pre-Covid-19.

According to DVSA figures, MOTs last month were up 250 per cent on the number of cars tested in April (746,157), the month after the Government announced the grace period. 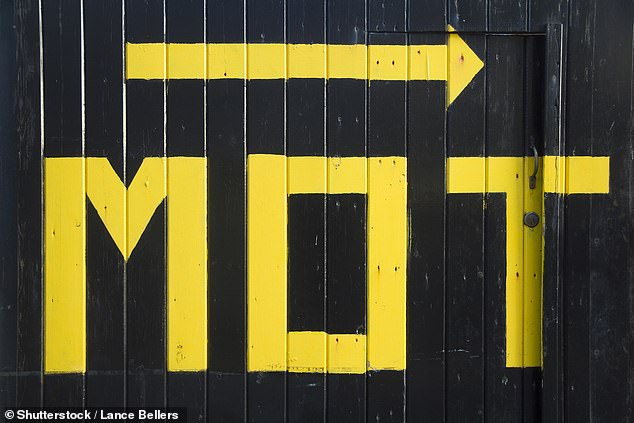 An MOT should not cost more than £54.85 – the DVSA’s recommended price

Alex Buttle, director of car selling comparison website, said: ‘From next month, MOTs will be mandatory again, but the number of motorists taking up the government’s offer of a six-month test extension had already tailed off significantly well before the announcement was made.

‘It’s clear that people have chosen safety over short-term savings, and the peace of mind of knowing that their car is safe, mechanically sound and in the best condition to protect its ongoing value.’

An MOT should cost not more than £54.85 – the DVSA’s recommended price.

Buttle said that cost is relatively small when compared to the financial outlay as a result of an accident caused by a potentially dangerous defect that may not be flagged up for 18 months if the full six-month extension is taken.

‘In particular, for motorists with older vehicles, which tend to be more susceptible to problems due to wear and tear, delaying an MOT and full service is perhaps not worth the risk,’ he explained.

‘And judging by the number of tests carried out in June, it seems a growing number of UK car owners agree.’

He also warned those who have taken up the extension to think about having their vehicles tested sooner rather than later due to the long-term impact on the value of their cars when it comes time to sell.

‘Besides safety concerns, value is another key reason why people will have chosen not to extend their MOT date.

‘Delaying your MOT could affect the value of your car if you’re looking to trade in and buy another vehicle some time soon. A used car of any kind which has recently passed its MOT is going to be more attractive to buyers than one with a delayed test.’