By Jordan King For Mailonline

Russia‘s health minister announced that the country is planning a mass vaccination campaign for October.

A state research facility in Moscow, the Gamaleya Institute, completed clinical trials of the vaccine and is working on getting it registered.

Health Minister Mikhail Murashko said: ‘We plan wider vaccinations for October’ after outlining his plan to give the vaccine to teachers and doctors first.

The Gamaleya Institute, a state research facility in Moscow, has finished clinical trials for a potential vaccine which Russia plans to roll out in October 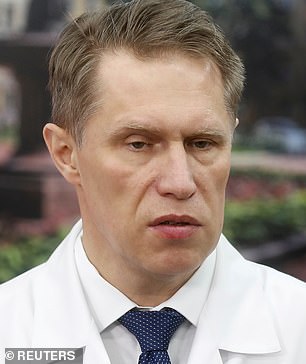 However, some experts have expressed concern that Russia is moving too fast on developing a vaccine, without making sure it is safe, in order to win national prestige.

US infectious disease expert Anthony Fauci, said yesterday that it was unlikely the US would use a vaccine developed by Russia or China because of different regulatory systems.

He told a Congressional hearing: ‘I do hope that the Chinese and the Russians are actually testing the vaccine before they are administering the vaccine to anyone.’

‘Claims of having a vaccine ready to distribute before you do testing, I think, is problematic, at best.’

Russia was also reported to have been involved in hacking coronavirus research labs in the US and the UK in May this year.

The US Cybersecurity and Infrastructure Security Agency and the UK’s National Cyber Security Centre did not name any countries but Sky News said the culprits are understood to include China, Russia and Iran.

Russia’s ambassador to the UK, Andrei Kelin, told the BBC he rejects the accusation.

The joint advisory said coronavirus research was targeted as the first country to develop a vaccine will undoubtedly achieve huge diplomatic and geo-political influence.

Worldwide countries are in a race to create a vaccine with over 20 currently in clinical trials.

At least four are in final Phase three human trials, according to World Health Organisation data, including three developed in China and another in Britain.

The UK has already ordered 100 million doses of a vaccine developed by the University of Oxford. 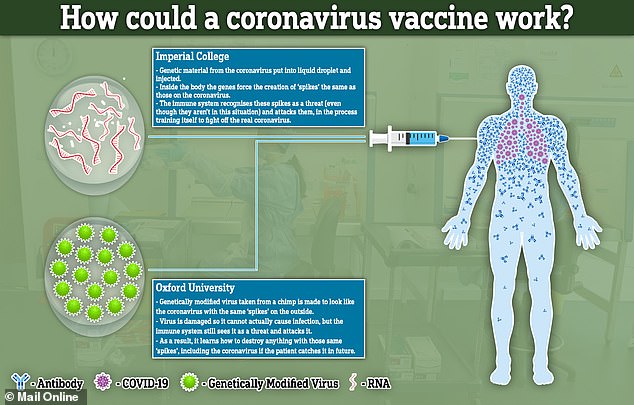