By Jamie Nimmo For The Financial Mail On Sunday

The former boss of Sirius Minerals – whose dramatic fall from grace left thousands of small shareholders with huge losses – pocketed £1.3million in bonuses from the Yorkshire mining company shortly after agreeing to a cut-price takeover.

The revelations are likely to enrage private investors who ploughed millions of pounds of their savings into the company.

Sirius had entered the FTSE 250 and had ambitions to join the prestigious ranks of the FTSE 100. However, it failed to secure the final part of the £2billion funding it needed to build a giant fertiliser mine in the North York Moors National Park.

It was only saved from administration after the board urged shareholders in January to back a £405million takeover by Anglo American at 5.5p per share. Most of Sirius’s 85,000 small shareholders had bought their shares at well above that level, with many from the local area investing large sums. The share price had hit 45p in 2016.

Yet even after the disastrous conclusion to the company’s stock market run, the remuneration committee chaired by former Business Secretary Lord Hutton decided in March that Fraser’s share bonuses should pay out in full.

Fraser received payment for his bonus shares, worth nearly £900,000, in April, the company’s annual report filed on Companies House reveals. Most of the shares had been awarded to him in 2018 and 2019.

The company said the payment for performance would have been higher but it decided to withhold the part of the annual bonus which was linked to securing funding.

The non-executive directors all resigned after the takeover, but Fraser and Staley – along with other senior colleagues – are now running Anglo’s new ‘crop nutrients’ division. 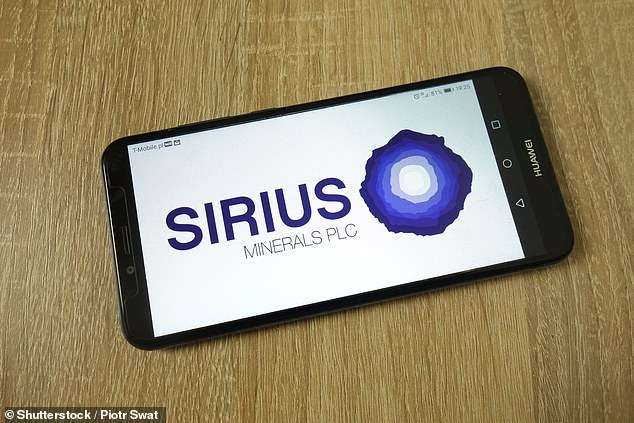 Sirius Minerals was only saved from administration after the board urged shareholders in January to back a £405million takeover by Anglo American at 5.5p per share

Staley received payment for his shares in April. They were worth nearly £600,000 at 5.5p a share.

He also received a £279,000 cash bonus for his 2019 performance, meaning he collected a total of nearly £900,000 after Sirius agreed to the purchase. The share bonuses were separate to shares owned outright by the bosses and were given as incentives to boost performance.

Robert Goodwill, Conservative MP for Scarborough and Whitby, said: ‘This news will not go down well with shareholders. Many lost large amounts they invested in the company.

‘I’m a little surprised that this decision has been made by the remuneration committee.’

The company, now called Anglo American Woodsmith after the name of the Yorkshire mine, reported an operating loss of £43million for last year. It said the loss – up from £24million in 2018 – was mainly due to legal and advisory fees linked to the failed fundraise attempt.

The mine sits on a giant deposit of polyhalite, a form of potash that Sirius and now Anglo American hopes will become a major source of fertiliser.

A huge mine shaft is being sunk under the North York Moors and the company is constructing a 23-mile tunnel to Teesside, from where it is planned the polyhalite will be sent by ship to destinations around the globe.

Anglo American expects to spend around £235million on the project this year and the same amount in 2021. It will be several years before the mine starts producing polyhalite.

The company said: ‘The 2019 bonuses related to a number of company performance objectives, one of which was securing the necessary finance to continue development. This element of the 2019 bonus clearly was not achieved and therefore the bonus relating to this objective was zero.

‘Decisions on remuneration were taken by the remuneration committee of the board of Sirius, in line with the remuneration policy approved by 80 per cent of Sirius’s shareholders at the May 2018 AGM, and prior to the completion of the acquisition by Anglo American.’

Anglo added that the bonus plan had been set up to benefit all Sirius staff and more than 90 per cent of the value went to other employees.