Former President Barack Obama‘s half-brother Malik Obama is again lobbing insults at his sibling, calling him ‘cold and ruthless’ in a recent interview.

Malik, 62, spoke to the New York Post via Skype from his home in the Kenyan village of Nyang’oma Kogelo for an interview published on Saturday to promote his new book, Big Bad Brother From Kenya.

‘He got rich and became a snob,’ Malik said. ‘What I saw was he was the kind of person that wants people to worship him. He needs to be worshiped and I don’t do that. I am his older brother so I don’t do that.’

Unsurprisingly, Malik is supporting President Donald Trump re-election in November, after gaining fame in 2016 for siding with Trump against Hillary Clinton.

Former President Barack Obama’s half-brother Malik Obama (above) is again lobbing insults at his sibling, whom he called ‘cold and ruthless’ in a recent interview

He also mocked the Democratic nominee Joe Biden as too old and feeble to win. 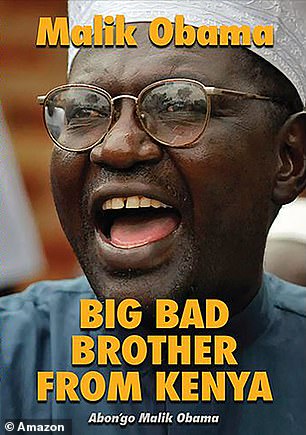 Malik claimed that he had spent the past 22 years writing his new book, which is 435 pages long and debuted quietly on Amazon on July 11.

Malik and Barack Obama share the same father, Barack Hussein Obama Sr., a Kenyan economist who died in a car accident in 1982.

The two half-brothers first met in 1985, when Barack was 24, and they had a close relationship for years.

But the relationship soured after Barack was elected to the presidency, and disputes erupted over which Kenyan relatives would be invited to the inauguration, among other things.

Things took an even more bitter turn when Malik, soon after the 2008 election, announced plans to create the ‘Barack H. Obama Foundation,’ ostensibly named after their father.

‘We had a big fight on the phone because he was not in support and insisted I shut down the website and not continue with the foundation. He had his reasons but I was not having any of it,’ Malik writes in his book, according to the Post.

‘We talked late into the night that night. He threatened to ‘cut me off’ if I continued with the idea.’ 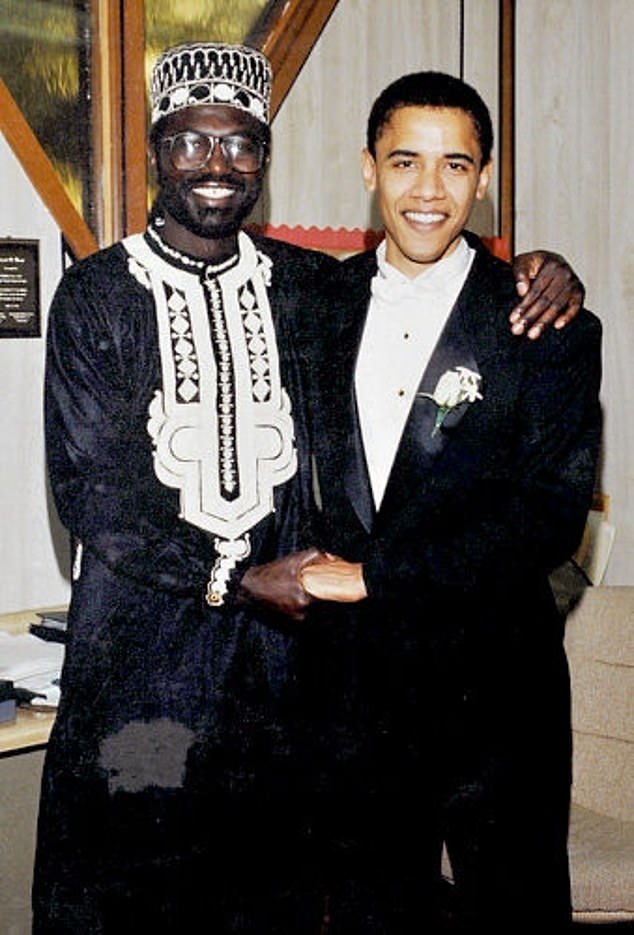 Malik did persist with the foundation, which fell afoul of the law in 2011 by claiming to be a tax-exempt nonprofit without registering as such.

Over the years, Malik has stepped up his antics, including repeatedly supporting the ‘birther’ conspiracy theory that Barack Obama was born in Kenya.

The unfounded rumors of Obama’s country of origin were largely meant to call into question the legitimacy of his presidency.

In 2016, Trump was apparently so impressed with Malik Obama’s expression of support that he invited him as his guest to the presidential debate against Clinton in Las Vegas on October 19. 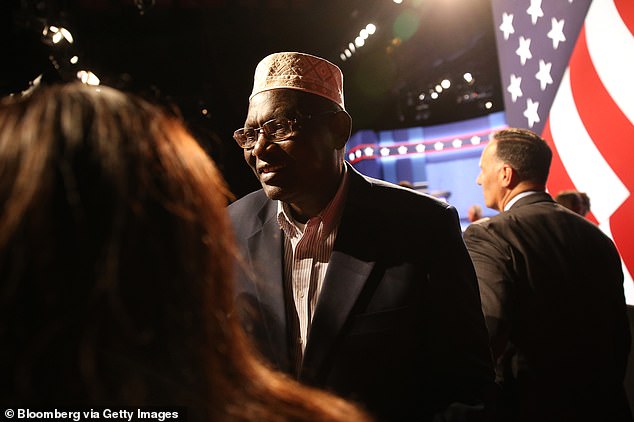 In 2016, Trump was apparently so impressed with Malik Obama’s expression of support that he invited him as his guest to the presidential debate (above) 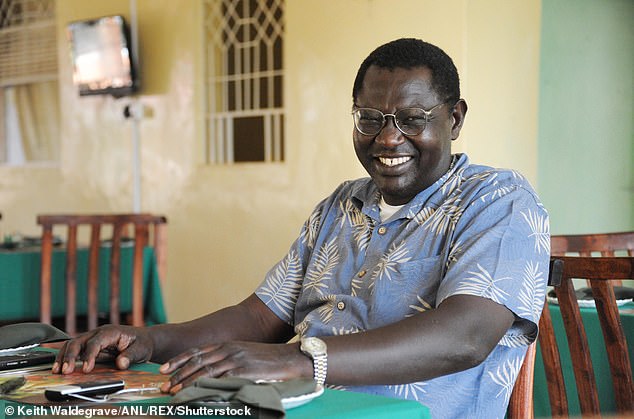 The Obama brothers have had a strained relationship over the years.

They first met around 30 years ago and were best men at each other’s weddings.

Malik claims that he was invited to the White House on numerous occasions and that he stays in contact with the president.

‘Of course we’re close!’ he told GQ in 2013. ‘I’m the one who brought him here to Kogelo in 1988! I thought it was important for him to come home and see from whence his family came – you know, his roots.’

Malik told MailOnline that year that his more famous half-brother is ‘always at the end of a phone line if I want to talk.’