Up to 100 boy racers have been pictured ignoring social guidelines just up the M1 from the Leicester lockdown zone.

The groups met up on Sunday evening at Phoenix Park tram stop in Nottingham, despite the nearby city of Leicester having a spike in coronavirus cases.

The petrol heads could be seen clearly flouting rules to keep apart to prevent the spread of the deadly pandemic.

There was more than 100 people at the event in the retail park and it went on throughout the evening.

It comes as a number of public spaces and businesses will begin reopening in Leicester today such as pubs, restaurants and cafes.

Car enthusiasts and petrol heads meet up in Nottingham, despite nearby Leicester being in lockdown 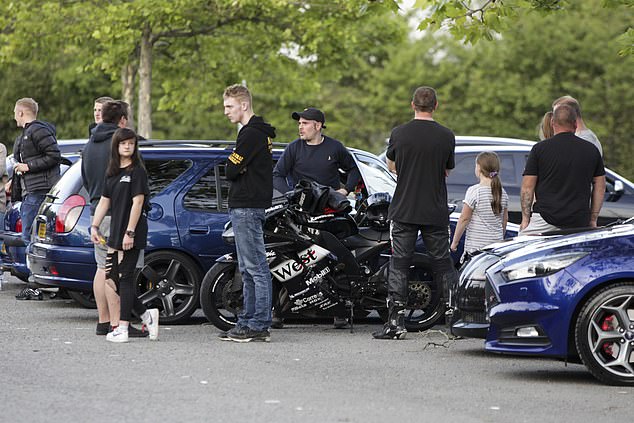 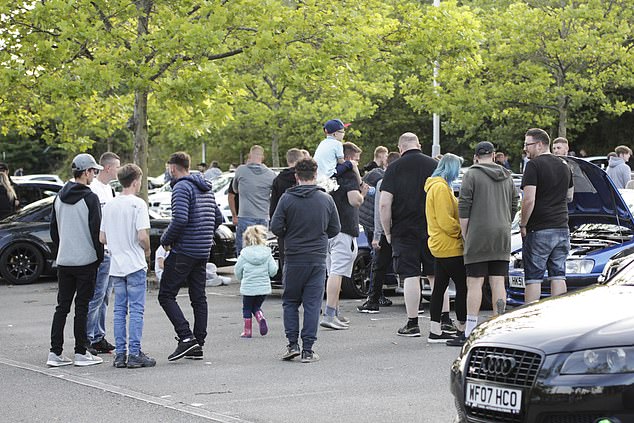 The city went into lockdown on June 29 after officials became concerned about the rising Covid-19 infection rate.

However from today a number of public spaces and businesses are set to reopen for the first time since March.

Despite the opening of cafes, bars and restaurants, people are still not allowed to mix with different households, as officials try to limit a further spike in infections.

Previously a spike in cases meant the city was the first in the UK to have a local lockdown, and did not enjoy the eased restrictions announced by the government on July 4. 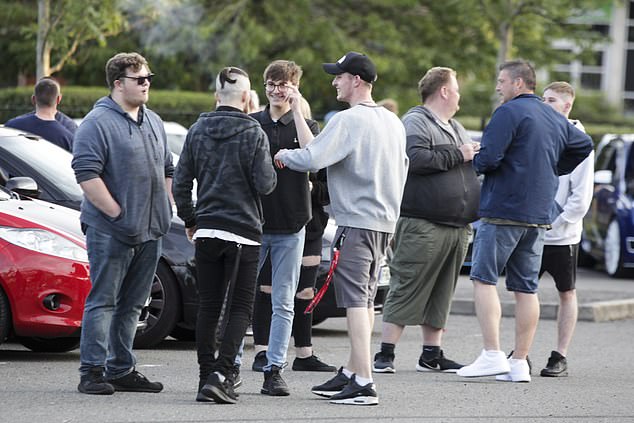 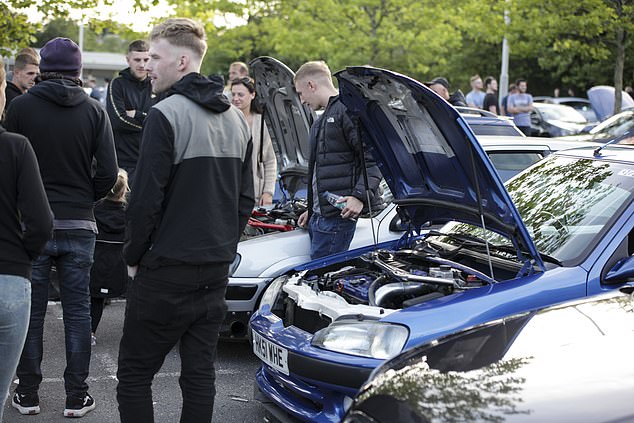 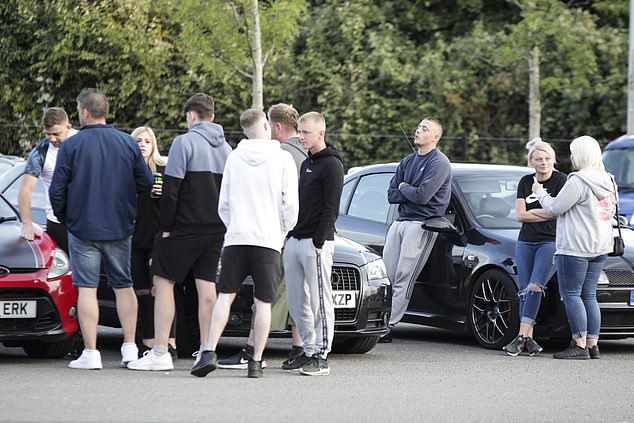 Up to 100 people met up on Sunday night in Nottingham. In nearby Leicester lockdown rules are beginning to ease today

All non-essential shops were told to close and schools were shut. Residents were advised to stay at home as much as possible and warned against all but essential travel.

The lockdown zone included 147 local authority-controlled schools that had to close. The zone also took in 239 restaurants, 196 hair salons or barbers and 182 pubs.

It is also not clear whether there are any characteristics of Leicester which made it more likely to see a surge in cases.

It was always likely that surges in cases would be seen in cities first. There are more people, raising the risk, and those people are more likely to live in densely populated areas and come into contact with strangers on a regular basis.

Experts have previously said that many of the risk factors in Leicester are the same in all major cities in England.

Dr Shaun Fitzgerald, from the University of Cambridge, previously said: ‘There will be differences in the ease with which people can maintain physical distance between densely populated areas and rural environments – so it isn’t surprising to me that we may see localised flare-ups, which in turn may need suppressing through delayed easing or temporary re-introduction of some constraints on some movements and activities.’

Leicester also has high levels of deprivation, which affects people’s lives in ways that put them at risk of catching the virus.

Dr Simon Clarke, a microbiologist at the University of Reading, told MailOnline: ‘In deprived areas people are more likely to have to go to work, less likely to be able to work from home, and more likely to use public transport. They can’t distance themselves from others.’ 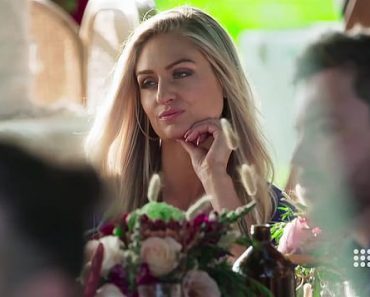 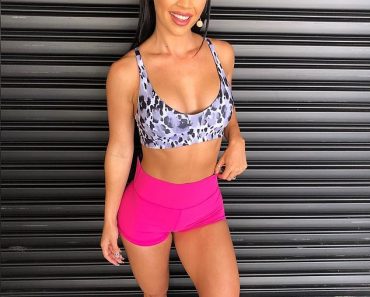 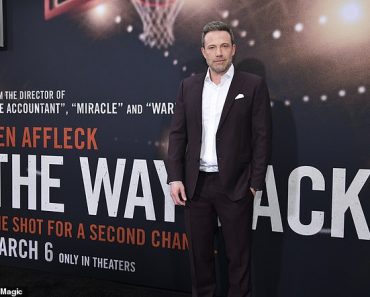 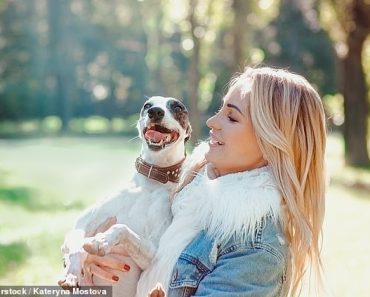 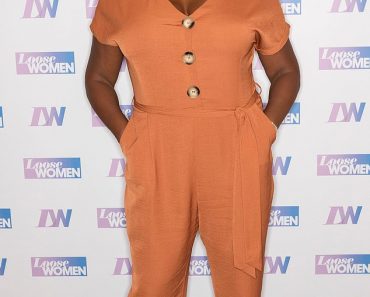