Is the Covid-stroke link weaker than doctors thought? Just 2% of Philadelphia coronavirus patients suffered the devastating complication – and less than 1% were under age 50, study finds

Patients hospitalized with the novel coronavirus are very unlikely to suffer a stroke, a new study suggests.

Only about two percent of more than 800 people at three hospitals in Philadelphia had blood flow blocked to the brain.

Young patients had an even lower risk, with less than one percent under age 50 being afflicted.

However, the majority of patients who experienced a stroke had underlying health conditions that put them at higher risk, such as high blood pressure and diabetes.

Of more than 800 patients at a Philadelphia hospital, just 2.4% suffered an ischemic stroke, which occur when blood flow is blocked to the brain. Pictured: Medics transfer a patient on a stretcher from an ambulance outside of Emergency at Coral Gables Hospital where coronavirus patients are treated in Coral Gables near Miami, July 30

For the study, published in the journal Stroke, the team looked at 844 COVID-19 patients admitted to the Hospital of the University of Pennsylvania, Penn Presbyterian Medical Center, and Pennsylvania Hospital between March and May.

Researchers also at data for patients who experienced intracranial hemorrhage, which is when there is bleeding in the brain.

Just 2.4 percent of those hospitalized for COVID-19, the disease caused by the virus, suffered an ischemic stroke, which occurs when blood flow is blocked to the brain.

Ischemic strokes are less deadly, however, than hemorrhagic strokes, which occur when a weakened vessel in the brain ruptures and bleeds into the organ.

About 87 percent of all strokes are ischemic strokes, according to the American Stroke Association.

Of the stroke patients, the majority had existing pre-existing conditions including 95 percent with high blood pressure and 60 percent with a history of diabetes.

About one-third of the patients had a history of a previous stroke.

It took about 21 days between when people first experienced symptoms such as coughing and shortness of breath to stroke diagnosis.

The average age of the ischemic stroke patients was 64 years and there was just one patient under age 50.

‘While there was initial concern for a high number of strokes related to COVID-19, that has not been born out,’ said senior author Dr Brett Cucchiara, an associate professor of neurology in the Perelman School of Medicine at UPenn.

‘Importantly, while the risk for stroke in COVID-19 patients is low, it’s mostly tied to pre-existing conditions – so physicians who do see stroke in hospitalized COVID-19 patients must understand the virus is not the only factor, and it’s necessary to follow through with normal diagnostic testing.’

About 0.9 percent of hospitalized COVID-19 patients had intracranial hemorrhage, which the team theorizes is due to increased use of blood thinners. 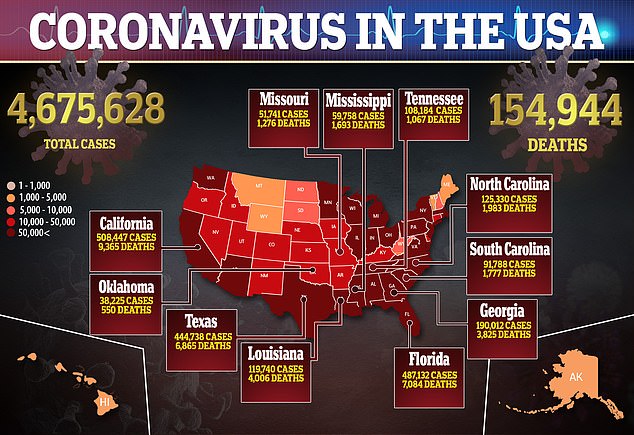 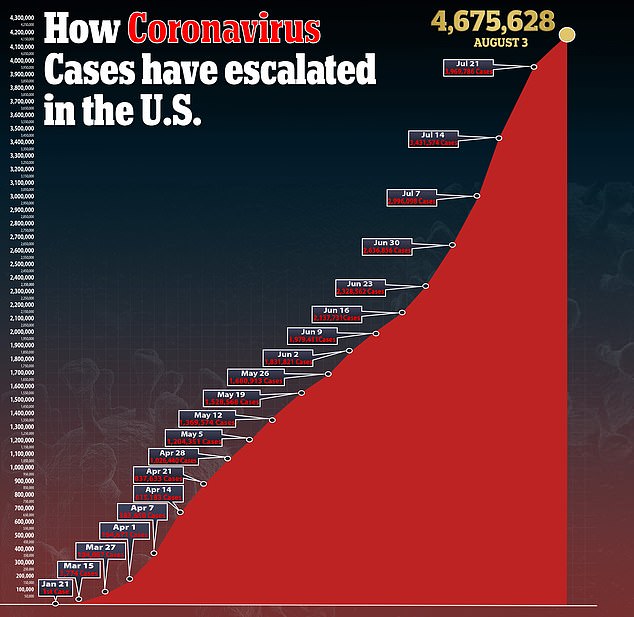 Cucchiara adds that the linkage between stroke and COVID-19 still need to be studied, particularly considering any differences between black and white patients.

Black patients accounted for 68 percent of the study population and made up 80 percent of those who suffered a stroke.

‘This aligns with the data we’re seeing on the racial disparities of the virus across our country,’ Cucchiara said.

‘We worry that this could further indicate the higher risks associated with COVID-19 in Black populations, much more so than white. So far, we don’t understand the disproportionate effect we’re seeing, but the disparities in infection rates and outcomes is incredibly important to figure out and address.’