A farm worker has been found alive living in undergrowth in a Cambridgeshire market town after being missing presumed dead for nearly five years.

Ricardas Puisys, who is from Lithuania, was discovered by police in a ‘very well concealed’ location in woods nearby a cluster of houses in Wisbech on July 1.

The 40-year-old had gone missing in September 2015 from his work at a leek farm 20 miles away in Chatteris with police fearing he had been murdered.

Concerns for his safety had been raised the previous month when it was suggested he was being exploited, and a murder investigation was launched in November 2015.

A 31-year-old man from Wisbech was arrested in December 2015 on suspicion of murder and taken into custody, but later released with no further action.

Mr Puisys, who has a mother in Lithuania, a sister in Germany and cousins in Ireland – came to Britain from the city of Šilutė in his native country.

The labourer, who did not have a car or close family in the UK, spoke little English and therefore mostly spent time within the local Lithuanian community.

The alarm was raised after he did not return to work after leaving on September 26, 2015 – and his identification badge was then found in a park.

Police believed he could have been harmed and said it was ‘absolutely a possibility’ that he may have been a victim of modern slavery.

It was believed Mr Puisys could have been exploited and forced to move homes within Wisbech against his will. 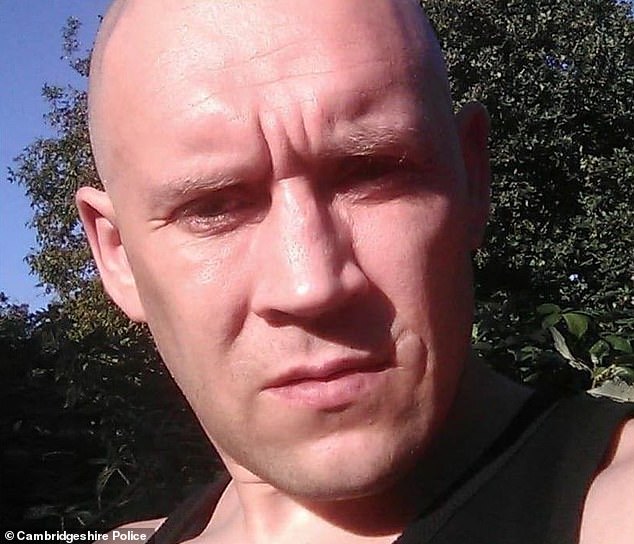 But with police thinking he could be dead, in August 2018 a Facebook profile was found with his name, picture and 69 friends, all of whom were his friends and relatives.

Investigations found a phone number linked to the account but detectives could not trace the owner, and police discovered the page was being managed from Wisbech.

Detective Chief Inspector Rob Hall said today: ‘For almost five years Ricardas’ disappearance has been a complete mystery. That was until we received information at the end of June which led us to finding him.’

Initial concerns for his safety were raised in August 2015 when a local resident told police they suspected he was being exploited and was being forced to move between addresses within Wisbech.

Officers spoke to Mr Puisys at his home but he told them he was fine. At this time he worked at Nightlayer Leek Company in Chatteris through an agency. 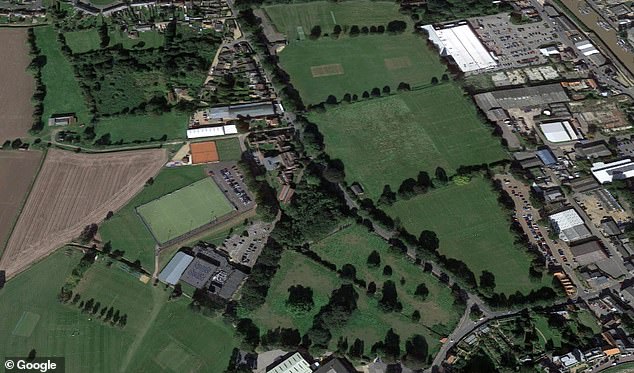 He worked on September 26, 2015 and this was the last confirmed and corroborated sighting of him alive and well.

Later that same evening he was believed to be in the company of a small group of Lithuanian men, but from this moment he had vanished.

Mr Hall added: ‘There were genuine concerns Ricardas came to harm that evening.

‘He did not return to work on September 28, 2015 as expected, but we now believe Ricardas made the decision to run away as he had been a victim of crime, having previously been subject to exploitation.

‘A team of investigators worked tirelessly following up a number of inquiries, none leading to the discovery of Ricardas. That was until we received information that Ricardas may have been alive and still in the Wisbech area. 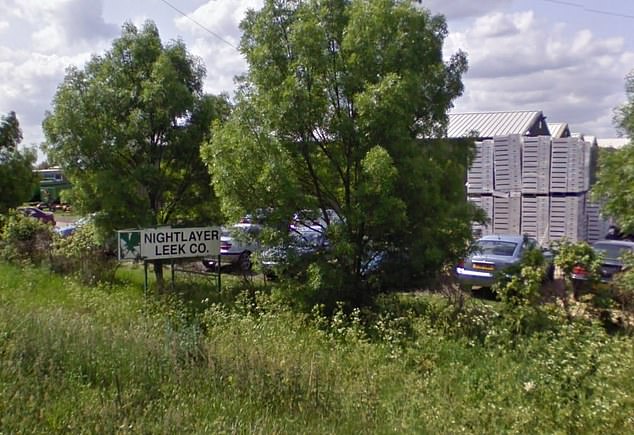 He worked at Nightlayer Leek Company in Chatteris, Cambridgeshire, on September 26, 2015 and this was the last confirmed and corroborated sighting of him alive and well

‘Following a search of wooded area in Harecroft Road, Ricardas was eventually found living in undergrowth, very well concealed after having deliberately hidden and having not spoken with anyone for some time.’

Officers said they decided not to publicly announce that had found him alive until now to protect him and put safeguarding measures in place.

Mr Hall said: ‘He is safe and we are working very closely with him to ensure he remains safe, but also to ensure he gets the support he needs after having lived through extremely difficult circumstances during the last five or more years.’

Police said an investigation into potential exploitation has been launched and a team of detectives are now working their way through various inquiries.