State TV says Iran‘s Foreign Ministry has strongly condemned a historic deal establishing full diplomatic relations between the United Arab Emirates and Israel, calling it a stab in the back to all Muslims.

Iran, in the ministry statement, called the normalizing of ties between the two countries a dangerous, ‘shameful’ measure on Friday and warned the UAE against Israel interfering in the ‘political equations’ of the Persian Gulf region.

‘The UAE government and other accompanying governments must accept responsibility for all the consequences of this action,’ the statement said.

In a deal brokered by the U.S., the UAE and Israel announced Thursday they agreed to establish full diplomatic ties and Israel will halt plans for annexation of occupied land sought by the Palestinians for their future state. 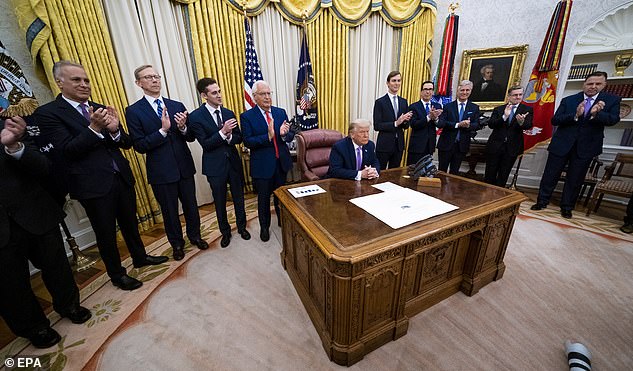 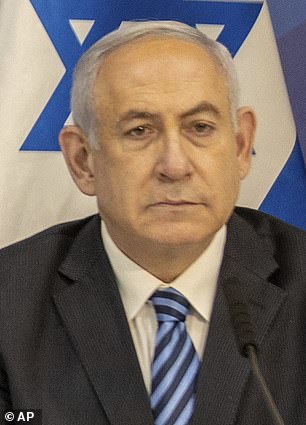 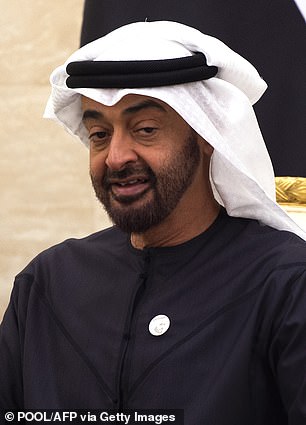 The agreement makes the UAE the first Gulf Arab state – and the third Arab country, after Egypt and Jordan – to have full diplomatic ties with Israel. They announced it in a joint statement, saying deals between Israel and the UAE were expected in the coming weeks in such areas as tourism, direct flights and embassies.

Iran said in the state TV report the establishment of diplomatic relations between Israel and the UAE revealed the ‘strategic stupidity’ of the two countries and said it ‘will undoubtedly strengthen the axis of resistance in the region.’

The ministry statement called the deal a ‘dagger that was unjustly struck by the UAE in the backs of the Palestinian people and all Muslims.’

The historic deal delivered a key foreign policy victory for U.S. President Donald Trump as he seeks re-election and reflected a changing Middle East in which shared concerns about archenemy Iran have largely overtaken traditional Arab support for the Palestinians. 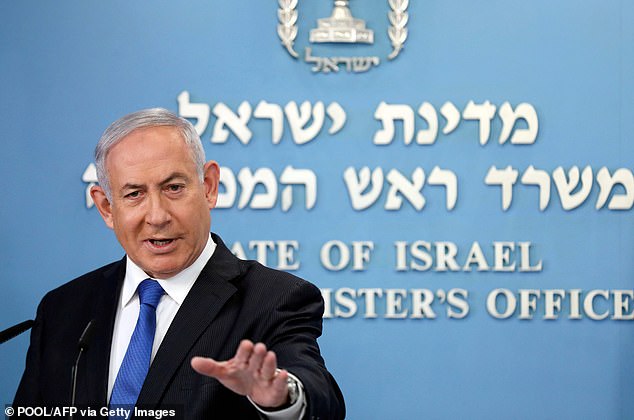 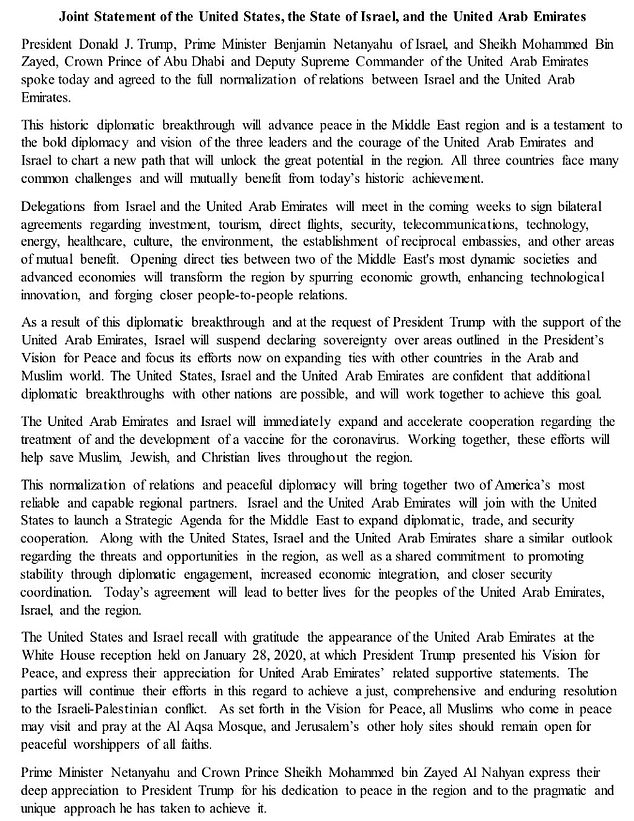 A spokesman for Palestinian President Mahmoud Abbas said the deal amounts to ‘treason,’ and should be reversed

Iran’s former chief of the powerful Revolutionary Guard, Mohsen Rezaei, said in a tweet the UAE has been making itself ‘the paradise of Israel’ for the last 10 years.

‘No Muslim zealous warriors and no Arabs betray Palestine, only nerveless stabs from behind,’ he said. 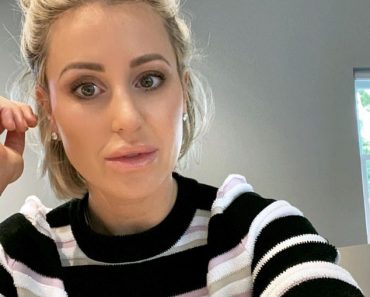 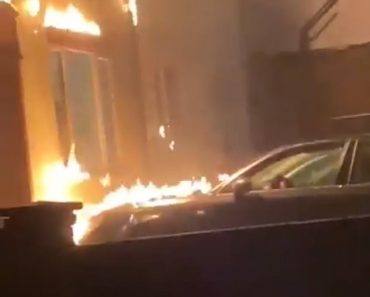 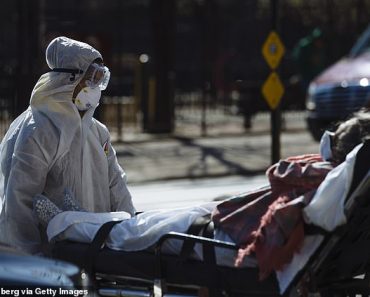