From guitars to baking kits, we spent a whopping £40 billion on ‘dispensable items’ during those long months at home. Are your embarrassing purchases gathering dust? Mine, too, confesses Flic Everett

As life resets to ‘the new normal’, and the lockdown mists part briefly, it’s easier to see how profoundly this unprecedented period of time affected us. And for many, it’s most powerfully demonstrated by the piles of absolute tat we ordered online, some of which is still arriving like unwanted royal wedding presents from minor principalities.

Yes, we saved money by not going out, but plenty of us did our level best to keep the economy afloat by ordering unlikely exercise equipment, unwearable clothing, overpriced beauty products and enough professional baking equipment to make Nigella look a bit slapdash. (Unless you’re my colleague Emily, who decided she needed a stylish baking set and excitedly unpacked it, only to find it was child-sized and made of pink plastic.)

I, too, have been buying as fast as my fingers could click ‘pay with PayPal’. During the period where seeing my beloved family was a distant dream, and most of my daily communications involved singing made-up songs to the dogs, I needed something to look forward to – and a string of random parcels provided it.

My own idiotic purchases included an online cake decorating course at ‘70 per cent off’ – not such a bargain, it turns out, if you never watch the videos. There was modelling clay so I could ‘learn to sculpt’ (still untouched), some new nighties that are too big and a size 10 jumpsuit that’s too small and was obviously bought around week five of lockdown, when I was still determined to go on the 5:2 diet. And then there were the ‘I deserve some luxury’ purchases – three packs of Fortnum & Mason tea, a panama hat – it was sheeting down by the time it arrived – and a silver bumblebee necklace that still hasn’t turned up.

Meanwhile, my partner Andy was quietly ordering crates of wine, a deep-fat fryer (‘we can make calamari and pretend we’re on holiday!’ – so far, we’ve only managed several kilos of chips) and a box of crisp new shirts.

A quick straw poll of friends reveals that the great lockdown shopathon was happening nationwide. ‘I bought a cat water fountain, dominoes, a pizza oven, a sewing machine (still not used), a quartz face roller and a cat-shaped onesie for my son,’ confesses my friend Claire. Jay invested in ‘a trampoline for the kids that takes up half the garden – they used it once before it started raining’.

My easily persuaded friends and I are typical, it appears. New research from Barclaycard Payments has found that Britons spent an average of £771.34 each during lockdown on ‘dispensable items’ – adding up to a staggering £40.6 billion in ‘an effort to have more fun while at home’.

But now we’re tripping over a pile of clutter and wondering whether we can be bothered to list a dog paddling pool and a knitting machine on Ebay. Perhaps it’s not surprising that an embarrassed one in five are now planning to give away at least one lockdown buy to charity.

We styled it out, very fashionably

A stylish 47 per cent of us bought summer clothes. I shelled out on wedge sandals, snakeskin ballerina pumps and a way-posh floaty floral dress. With an average spend of almost £400 per person, you’d think we were all trotting off to a royal wedding rather than lying on the sofa watching Tiger King.

‘I kept buying clothes for the summer I wanted to have,’ says my friend Eva. ‘I’m now looking at a row of glamorous dresses – and pulling my trackies on again.’

Keep or chuck? Keep. This time next year, there’s bound to be another royal getting married.

And went potty for plants

A hopeful 16 per cent decided we were green-fingered gods and bought a lorry-load of plants. At one point, everyone I knew was growing tomatoes and Facebook was full of adoring plant mothers posting cute pictures of seedling trays. It’s now gone suspiciously quiet on that front, though I did manage two tiny tomatoes after months of religious nurturing.

Keep or chuck? Keep. But go easy next spring – hopefully you won’t have the requisite nurturing time.

Did the kit fit? Well, not the rowing machine

We spent an average £682 on getting fit – with men blowing three times more than women on achieving their dream bodies (bless). ‘I bought a rowing machine,’ sighs my pal Miranda. ‘It’s now known as The ****ing Rowing Machine and draped in drying clothes.’ Friends have bought weights (those poor postmen), fancy bikes, treadmills and yoga mats, but, as one admits, ‘it didn’t actually make me want to do any more exercise’.

Keep or chuck? Get rid and free up space for an armchair instead. There will be someone out there who will take it off your hands.

All that kitchen equipment was half baked

Baking equipment was selling like hot cakes (sincere apologies) throughout lockdown. Even after the banana bread frenzy passed, I still bought new scales, biscuit cutters and posh yeast, while Andy invested £15 in a ‘bread hook’ that he swears is ‘Danish and very efficient’. Has he used it yet? No.

‘I bought so many fancy cake ingredients online,’ says my friend Jane. ‘It was a compulsion to bake – a comfort thing, I think.’ Will she carry on? ‘I put on half a stone, so no.’

Keep or chuck? Give it to charity. We could all do with less cake right now.

There was more time for leisure (attire)

This was among lockdown’s most popular purchases. Because while the very word used to conjure up visions of your gran’s friends in pink velour ‘leisure suits’ with elasticated waists, it swiftly became the only way to go from bed to Zoom call. I invested in several comfortable tops and joyously soft jersey lounging trousers.

Some, however, went mad. ‘I bought cashmere pyjamas’, admits Lucy, my well-off friend. ‘And a velvet dressing gown from Net-a-Porter. It makes me so happy; I live in it.’

Keep or chuck? Keep, for sure. You’ll always need comfy.

That must-master hobby is… still in the box

Hands up who thought they were going to ‘master a skill’ during lockdown? Yeah, me too. Items that suddenly gained dramatic popularity included musical instruments, art supplies, crafting kits and sewing equipment. I’ll admit to a beginner’s knitting kit and a doomed attempt at calligraphy, then it all goes hazy with regret.

‘I bought a guitar,’ says Jane sheepishly. ‘I’d always wanted to learn and it seemed like the time.’ So far, she’s watched a YouTube video and thought ‘it looked hard’.

Another colleague, Cassy, invested in upholstery equipment, including horsehair padding and some very expensive tools.

Her plan was to re-upholster an inherited wing-backed armchair. Not yet, she’s hasn’t.

Keep or chuck? You know the truth. Sell it on to someone who can actually get some use out of it. 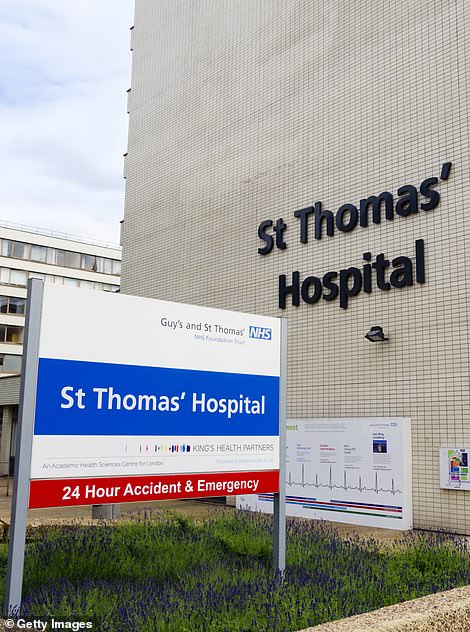