Home
News
BEL MOONEY: Is my lover selfish for robbing me of my dream wedding?
Prev Article Next Article

I’ve been with my partner for ten years; we have an 18-month-old son. For years I’ve dreamed of having a big, white wedding. Whenever I raise the subject, the response is: ‘I don’t want to.’ Pressing him for reasons, he says he doesn’t like being the centre of attention or doesn’t see the point.

He’s a confident man and claims he loves me, so why won’t he just let me have my dream day?

We compromised and decided to have children first and marry later, so they could be part of our day. I agreed, even though I would have preferred to marry before starting a family.

When I was five months pregnant (two years ago), my dad suddenly passed away. I now face knowing the only wedding I’ll have is without him. I was most looking forward to having my dad give me away and hearing his father-of-the-bride speech. How can I enjoy the day now without him there?

Knowing we could have had the opportunity to marry while Dad was still alive is breaking my heart. I feel robbed of something I’ve watched friends and family enjoy and know Dad was waiting for us to get engaged so we could create happy wedding day memories.

I feel so much anger and resentment towards my partner for denying me this. It’s highlighted his selfishness. Dad never met my little boy. My partner repeatedly tells me how much he enjoys time with his parents and our son.

I’ve told him I’m happy for him to enjoy that but don’t continually highlight it as I find it very hard. But lo and behold, next time he’ll excitedly reflect on how much his parents enjoy their grandson.

I’ve wanted to move back nearer my family for years. They’re four hours away; his family live about 90 minutes away. I’ve suggested a compromise of living in between to at least make journey times more even, but whenever I raise it, he changes the subject.

We get on day to day but I sometimes get angry when thinking about these things. I’ve tried to talk to him but he just seems to miss the point. He’s very upbeat and I sometimes think he believes I should be over Dad’s death by now. I find myself thinking of what it would be like if we separated and my son and I moved to be with my family but I don’t want him to grow up without his father in the house.

I’m not sure if I’m taking all this out on my partner unfairly. Am I being unreasonable or are my feelings justified?

What, I wonder, do you think your beloved father would say to you now? Imagine that you’re sitting with him, telling him your troubles as you have told me.

Would he agree that he wanted you to be engaged, ‘so we could create happy wedding day memories’? Or might he suggest that he was never fixated on that rather strange, sentimental notion and all that should matter now is creating a stable life for his grandson? Might he advise gently that it’s time for his dear daughter to get a grip before she makes a terrible mistake?

Anger at the sudden death of a dearly loved person is very common and understandable. You don’t ‘get over’ such a loss, but you do in time get used to it, allowing it to become absorbed into your being while you continue with your life.

I like to think that we have a duty to those we have lost to live on their behalf, to rejoice in the smallest things because they can only do so through us. Living the best life possible can become our gift to the beloved dead. Please consider that.

You use the word ‘unreasonable’ — and yes, I must be honest, I do think it very unfair of you to resent both the happy time your partner’s parents spend with your son and his delight in it. Because you feel far from your family and miss your dad you are choosing indignation and negativity. It is both sad and dangerous.

You describe your partner as ‘selfish’ — and perhaps he is. He should certainly listen to your woes. However, it may sound harsh, but I must point out the selfishness of viewing the men in your life as accessories to what you want.

Should you think of your father as giver of a father-of-the- bride speech?

And if a man dislikes the flummery of a big, white wedding — the bride’s special day — why should he be required to endure it?

Love, marriage, creating a life together and stability for children . . . all these have nothing to do with white dresses, buttonholes and speeches.

They require mutual understanding, working through problems, sharing laughter, chatting, taking a pride in each other and putting the family unit (you three) first.

It is hardly respectful of your partner to think of him in terms of an objectified ‘father in the house’ rather than the person you love.

I agree it would be wonderful to live with your families equidistant, but would that fit with your partner’s work? What about friends where you are? Soon you will think about the quality of school too. All these things matter. Your ‘big, white wedding’ dreams less so.

Listen to him as you want him to listen to you. Talk. Instead of imagining separating from your son’s proud dad, why not use that energy planning a sweet, small wedding? You can create a ‘dream day’ every day of your life — but only if you make a mature choice.

I despair of these shameful litterbugs

I live on Gower in Wales where we have some of the country’s most wonderful beaches. During lockdown it was thought that the environment benefited. On the contrary, it still suffered.

Human health became the priority, but care for the environment was forgotten. Face masks and gloves (mainly made of plastic) were discarded on the roads and beaches. Youngsters had parties in Swansea Bay and left all their trash for local residents to clear up.

I found 12 empty beer cans with all the plastic packaging buried in the sand. The more I collected, the more I found. Litter bins were ignored. Sheer laziness.

The sea gets its own back and it will throw all our trash back on to the shore. Plastic, especially plastic bottles, became a recognisable problem again.

Hundreds of people stroll along our beaches including many dog walkers.

They seem to be oblivious to the plastic rubbish and when I am litter-picking I am mostly ignored.

If only they would pick up one item, however small, of plastic and bin or recycle it.

We are trying to return to some normality and it is about time we looked again at our environment — repaying our beautiful countryside for all the pleasure and peace of mind it gave us during lockdown.

Can you understand the depth of my frustration about this issue?

THOUGHT OF THE DAY

‘I have tried too in my time to be a philosopher; but, I don’t know how, cheerfulness was always breaking in.’

This letter is so interesting and I consider what you’ve written to be a genuine problem. I don’t mean just the subject matter (which we’ll come back to) but those feelings of helpless anger about the actions of your fellow human beings.

Such emotions can make you feel miserable, become pretty obsessed and lose sleep (believe me, I’m speaking from experience) when you witness human stupidity and carelessness. It’s more than frustrating, it’s exhausting.

Isn’t it also rather a lonely feeling — that of being out of step with people around you? Perhaps as we become older, annoyance with the foolishness of the world increases, and maybe we have to come to terms with the fact that we can’t change everything, since human flaws have caused suffering and mayhem since the beginning of time.

What’s to be done? Protest? I fear that when Extinction Rebellion causes disruption in whatever way it thinks fit, its actions do great damage to the cause of caring for the environment because it puts people off, rather than wins hearts and minds. But groups such as CPRE, the countryside charity, are worth joining as they fight to keep our green and pleasant land just that.

More from Bel Mooney for the Daily Mail…

You will know plenty of people who share your concern about this issue, and go out as you do to pick up litter.

This newspaper has been very active. The Mail and Keep Britain Tidy are encouraging the public and businesses to help pick up litter between September 11 and September 27. (Visit keepbritaintidy.org/gbseptemberclean to ‘pledge to pick’ or register and to find advice about organising a safe clean-up).

I find it unbelievable that people can go to a beautiful place and then trash it. Will they ever change? I regret to say that in most cases the answer is, ‘No’. So they have to be heavily fined (if caught) and meanwhile good people like you continue to pick up after them while feeling angry and frustrated.

I’ve used your real name on your letter (instead of the usual pseudonym) because I think you should be proud to have broadened the remit of this column in this way.

Those of us who value the beauty of the natural world send a huge thank you for what you do.

And finally… Thanks for the happy memories

We had our 13th wedding anniversary this week and celebrated at home with a Chinese takeaway meal and a bottle of wine (my husband’s lucky I’m a cheap date!).

We looked back at photographs — and I smiled to think that at both my weddings I wore purple. In 1968 it was a needlecord mini-dress. The register office bit was followed by a simple salad lunch (provided by my mother-in-law) in our nearby flat, with just our two families.

A pseudonym will be used if you wish.

Bel reads all letters but regrets she cannot enter into personal correspondence.

In 2007, I wore a beautiful silk number that did duty at my daughter’s wedding two years later. Our small church wedding was attended by 40 people, and my tiny Maltese dog was bridesmaid, in a purple collar.

Looking at the photographs of that glorious sunny day made us happy, but a bit sad, too.

What the great poet T.S. Eliot called ‘the evening with the photograph album’ can sometimes end in tears.

For we mourned four people — my cousin’s husband Jim, friends Sue and Victoria, and my daughter’s adorable friend, Camilla — her dazzling smile below the post-chemo turban heartbreaking in its beauty. Each year Camilla’s mum sends me a poignant little card to remember the anniversary of her daughter’s death.

Then there are the couples we no longer see. Friendships shift and change, don’t they? You can drift apart because of geography or life changes (such as work), or even political differences. Real, deep friendships and family love may remain constant, but others fall away.

Does it matter? No. When we looked at the pictures I just chose to remember fun times with those people, and reflected that the relationships were true at the time and I’m grateful for the memories.

I still have my parents — and now four grandchildren, too, as well as great new friends. Although it can be hard, all of us have to come to terms with changes in our lives — and be glad the passage of time brings gains as well as loss. 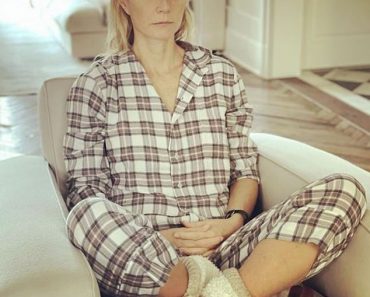 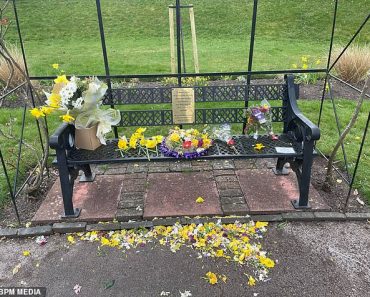 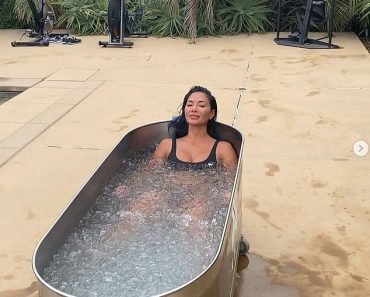 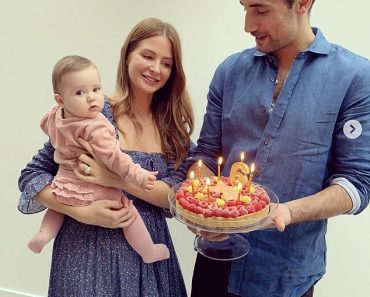 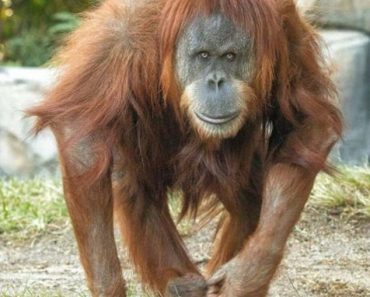