Home
News
JEREMY HUNT: How CAN we spend more on maternity blunders than we pay doctors and nurses on wards?
Prev Article Next Article

Had someone told me last summer that more than 50,000 people could die this year from a new, killer virus I would have been sceptical to say the least.

Understandably, much of the focus on the Government’s handling of an unexpected pandemic has been on examining how many of those deaths could have been avoided – especially in hospitals and care homes where we expect our loved ones to be safe.

Future inquiries will debate where the responsibility lies for any mistakes – and rightly balance that against important achievements such as the fact that not a single coronavirus patient was denied an intensive care bed or ventilator, unlike in northern Italy and New York. A patient is pictured above being cared for in the Royal Papworth Hospital in Cambridge

On top of which, as the Commons health select committee discussed with Health Secretary Matt Hancock last week, are many additional deaths caused by the interruption to vital services such as scanning and chemotherapy for cancer patients.

Future inquiries will debate where the responsibility lies for any mistakes – and rightly balance that against important achievements such as the fact that not a single coronavirus patient was denied an intensive care bed or ventilator, unlike in northern Italy and New York.

They will also recognise the heroic contribution made by frontline NHS and care staff, without which many more lives would have been lost.

What will be forgotten too quickly, I fear, is that in normal times too we have appallingly high levels of avoidable harm and death in our healthcare system.

The Mail recently highlighted the terrible story surrounding the death of baby Harry Richford at East Kent Trust, but such tragedies are part of a pattern that has gone on for too long – and led the Select Committee to open an inquiry this summer into maternity safety across the NHS.

But the issues don’t just affect babies. As we start the new academic year, people will remember the recent spate of student suicides at Bristol and other universities, many of which might have been prevented with better mental health support.

Things are no better when it comes to the older patients. Neglect of dementia patients in particular can lead to more rapid decline and untimely deaths.

So what is the scale of the problem? When I was Health Secretary I asked how many preventable deaths we had in our system.

I was told about a highly respected study by Professor Nick Black and Helen Hogan of the London School of Hygiene & Tropical Medicine.

They said around 4 per cent of hospital deaths were assessed by independent doctors as having a 50 per cent or more chance of being preventable.

That worked out as about 150 deaths every week in the NHS in England alone. If a commercial airline were falling out of the sky every week it would be a major scandal – but in healthcare we seem to just accept it as inevitable. 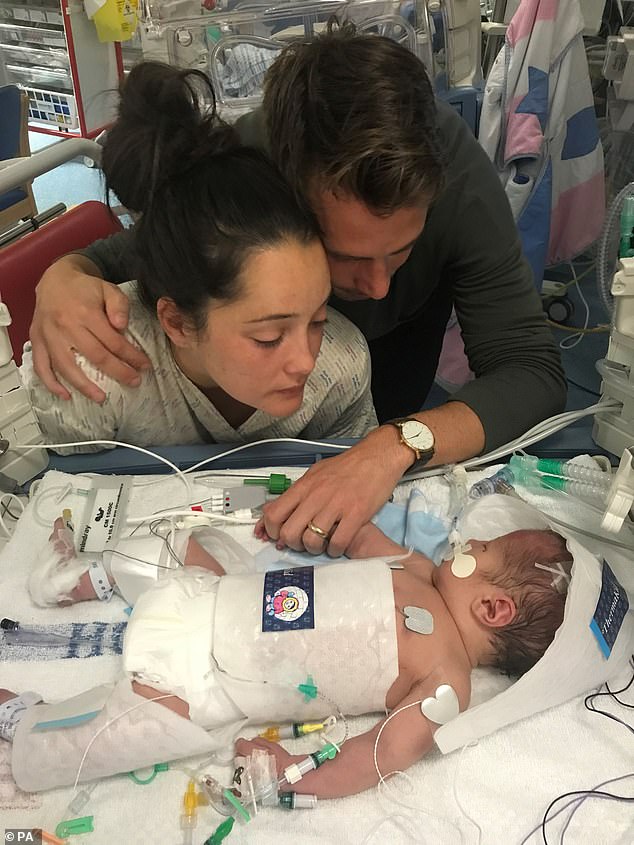 The Mail recently highlighted the terrible story surrounding the death of baby Harry Richford at East Kent Trust, but such tragedies are part of a pattern that has gone on for too long – and led the Select Committee to open an inquiry this summer into maternity safety across the NHS

We urgently need to change the culture in healthcare. As Health Secretary I ordered all hospitals to publish their own estimates of the levels of avoidable death. But data released today shows that three years on, only a quarter are complying. Much work remains to be done if we are to prevent so many tragedies being repeated.

It would, however, be quite wrong to point to this as ‘an NHS issue’. Other healthcare systems have similar problems – and indeed the independent Commonwealth Fund says the NHS has some of the safest care in the world.

But the sheer scale of the issue is illustrated by the World Health Organisation, which estimates that globally, there are 2.6 million preventable deaths every year – which works out as five deaths every single minute. The WHO says medical error is one of the top ten killers in a list alongside cancer, heart disease and stroke.

That is why, however honoured I was to fly the flag for my country as Foreign Secretary or Culture Secretary responsible for the Olympics, it is improving patient safety to prevent these terrible tragedies that has become my passion and principal focus.

Last year I persuaded the WHO to institute an annual World Patient Safety Day which falls this Thursday.

This year’s theme is the protection of healthcare workers – because if they are unable, for example, to access protective equipment in a pandemic it becomes very dangerous for patients too.

Some estimates said that at the height of the pandemic one fifth of coronavirus patients in our hospitals had actually picked up the infection in their hospital.

But alongside practical challenges such as proper provision of PPE, there are also some major cultural challenges. Let’s go back to the baby deaths at East Kent: Typically when these tragedies happen lawyers get involved almost immediately.

Doctors, nurses and midwives worry they could lose their licence if they are found to have made a mistake. Hospital managers worry about the reputation of their organisation.

The one thing that needs to be done before anything else – establishing what happened, learning from mistakes and putting in place procedures across the NHS to stop them being repeated – ends up being bottom of the list. Or even not happening at all.

That’s why we’re currently spending more taxpayers’ money on litigation over life-changing maternity mistakes than the entire yearly bill for maternity doctors’ and nurses’ salaries. Something has gone badly wrong.

Other countries have found a better way to support frontline medics to learn from their mistakes. If we had the same neonatal death rate as Sweden 1,400 fewer babies would die every year. But in Sweden court cases are virtually unheard of – and all the effort goes into establishing the truth so that the agony of losing a child is not repeated.

In fairness the NHS has made huge strides in addressing these issues. Hospitals are independently inspected and given Ofsted-style ratings, the only system in the world brave enough to be totally public about hospital safety standards. 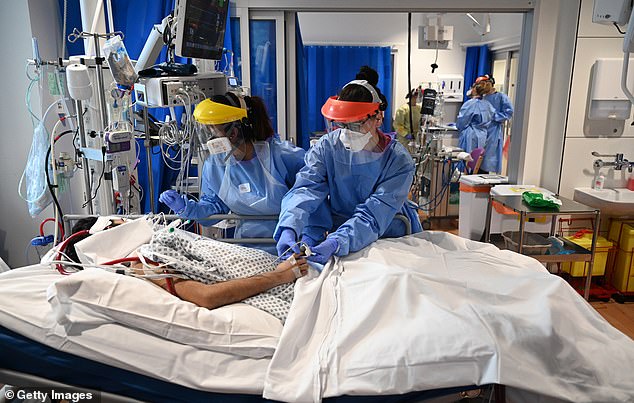 With a pandemic, our democracy – for all its faults – is open and robust enough to learn the necessary lessons. But will we learn the bigger lessons about the need to change culture in modern healthcare? Staff are pictured above caring for a patient at the Intensive Care unit at Royal Papworth Hospital

Inside hospitals, staff have someone independent to whom they can report any concerns. In areas like maternity safety the NHS has enthusiastically embraced big objectives such as to halve baby deaths by 2025.

But still much needs to improve if we are to make healthcare as safe as other high-risk sectors such as the airline or nuclear power industry.

In my last year as Health Secretary a junior doctor in Leicester was nearly struck off after making a series of mistakes when she was under high pressure. Fortunately the Court of Appeal reversed the decision – but the fact the case went to court at all sent a shiver down the spine of many doctors.

Whilst we cannot have any truck with recklessness, it must surely make sense to allow for the fact that doctors, too, are human beings who are likely to get some things wrong in the course of their work.

With a pandemic, our democracy – for all its faults – is open and robust enough to learn the necessary lessons. But will we learn the bigger lessons about the need to change culture in modern healthcare?

Only by allowing frontline clinicians to learn from their mistakes will patients be as safe as they should be and we will stop the ranks of bereaved families from growing yet further. 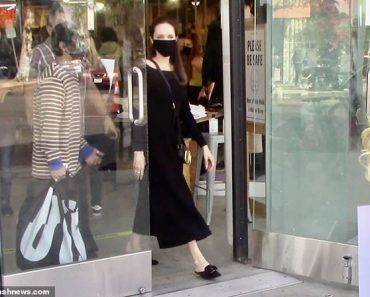 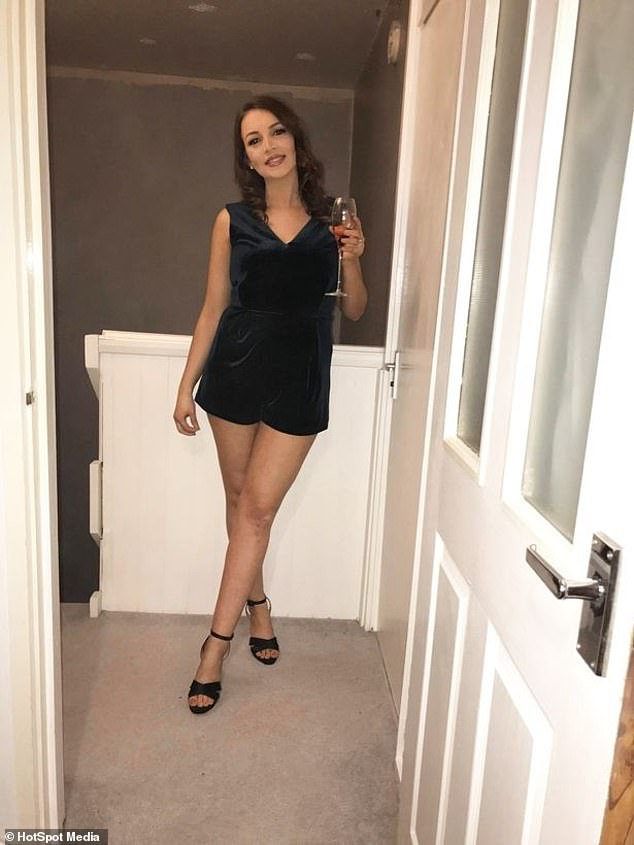