Home
News
Monty Don recalls a magical spring and summer in his garden in My Garden World: The Natural Year
Prev Article Next Article

Monty Don describes the myriad creatures and plants he sees in his garden throughout the calendar year in his joyous new book My Garden World.

Last week, in our first extract, he shared his diary entries for autumn and winter, but now spring has arrived… with an unwelcome hazard!

I did not wear long trousers until I was into double figures – nobody of my generation did.

Your first proper pair of jeans or suit trousers was a rite of passage, a coming of age, and I remember strutting around in mine, inordinately proud and assuming that everyone else was sharing my long-trousered joy.

From then on, shorts were only for sports and even today I still find grown men wearing shorts to be a strange denial of adulthood. 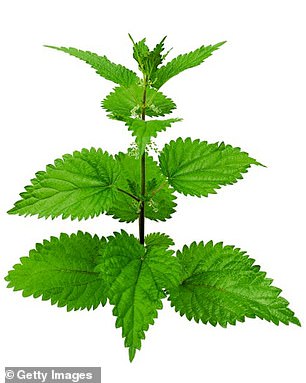 Monty Don says that when he was a boy, everyone knew that the first thing to do after being stung by nettles was to find a dock leaf, spit on it and rub it on the sting

But as a boy, despite long woollen socks held up by garters, my bare knees and thighs were not just exposed to snow and rain and wind, but also to stinging nettles.

However high I tried to jump over or skip round them, they always got you and that burning sting followed by the white goose-bump rash would stay with you for the rest of the day.

But everybody knew the first thing to do was to find a dock leaf, spit on it copiously and rub it on the sting.

It worked, although I am assured there is no scientific evidence for why.

Nettles are still with me but, having eschewed shorts on all but the hottest days, it is my hands and forearms that get stung, usually when I’m pulling them out.

But for all that, I like nettles and they are important to any garden. We harvest the young leaves in spring – they make excellent soup and pesto, and can be eaten as a vegetable.

They taste a bit like spinach and, for many rural communities, were an important source of iron in early spring.

Wooing on the wing

The buzzards are busy mating – or rather the males are busy attempting to catch a mate. Yesterday, two flew out of a tree in the coppice, the male calling loudly.

Now, there are six buzzards over the garden for much of the day.

They clearly make three pairs or would-be pairs, with one, the female, noticeably bigger than the male.

The males make all the running – mewing, chasing, performing – while the females soar nonchalantly. Exactly like my teenage years…

Chicks in the tool shed 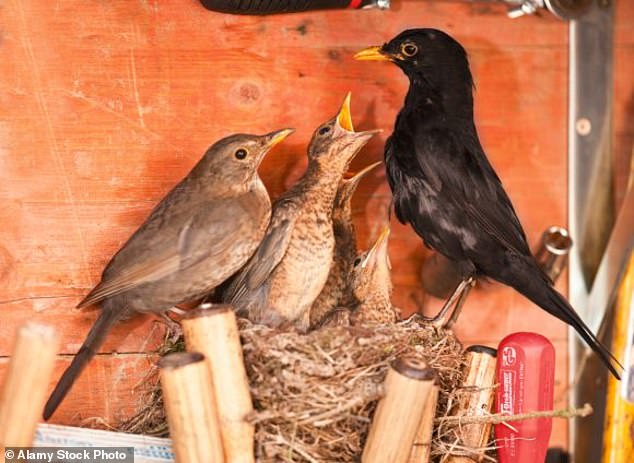 Blackbirds nest on top of a rubber rake hanging up in the tool shed, Monty explains. Stock

There are two blackbirds nesting on top of a rubber rake hanging up in the tool shed. The nest is interwoven with the rubbery tines backed by the wall behind it.

To get to the nest, first to make it and then to feed the young, the birds have had to fly in through the potting shed and turn right angles through the doorway to the inner tool shed.

Even when we are filming Gardeners’ World in the potting shed, with lights, cameras, monitors, cables and three or four people crammed behind the camera, the birds still rush in and out, dodging round and through us, and practically colliding, but more irritated than frightened.

It is obvious that people are the least of their worries and the nesting site is chosen for maximum safety from hawks and perhaps cats.

Eventually I took out the Perspex sheet that was covering the slats of the window, right by the nest.

This meant they could slip between the bars directly to the nest, while still protecting them from any predator.

But it took a while for them to work out that this was a new, easier access and for days they still preferred the old route, despite its complications.

There was a girl in the sixth form with extraordinary long hair that hung almost to her waist.

Her name was Bryony and, 50 years on, I still think of her when I see the tendrils and broad palmate leaves of bryony sneaking across the yew in the walled garden.

I also remember Lorna Wootton, and the days she covered my friend Adrian Gould with goose grass, front and back.

His thin white legs were sticking out from goose grass-covered shorts, his hair a crazy goose grass cowl.

He was the Green Man, the Spirit of the Woods, Pan, Cernunnos – except Adrian would have been no more than seven, Lorna a year older and I, the youngest of all.

That was 60 years ago, when the world was easy and green. We played many of our games on a road that saw perhaps three cars a day and we knew the driver of each.

But goose grass still hooks itself onto clothing and other plants, so that by mid-May it becomes a clinging layer fuzzing the outlines of hedges, shrubs and even up into the branches of trees.

Goose grass is a prodigiously vigorous annual weed, growing up to 3m in a season.

It is called goose grass because geese and chickens greedily eat it, as occasionally do people.

I am not sure I feel an urgent need to try this. But I do know it makes excellent compost. 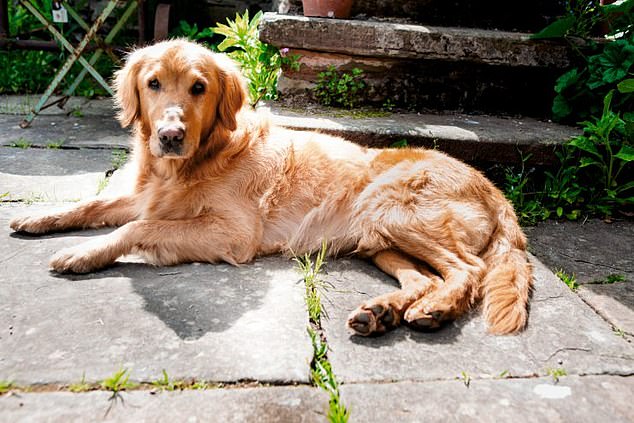 In summer, Monty opens all the doors when he gets up and they stay open until darkness falls on all but the wettest, windiest days. His dog Nigel, who died earlier this year, lies on the threshold, head outside, tail indoors, watching the world go by

In summer, I open all the doors when I get up and they stay open until darkness falls on all but the wettest, windiest days.

This means swallows swoop in, do a round of the rooms and then flow effortlessly back out again, robins and wrens pop up in the kitchen and sitting room, and Nigel lies on the threshold, head outside, tail indoors, watching the world go by.

I remember visiting the Singapore Botanic Gardens, which are famed for their extraordinary collection of orchids.

I had a camera crew in tow and the director – an orchid expert – decided it was best to follow me and record my reaction to this treasure trove.

But I was distinctly underwhelmed. They were clearly extraordinary, but were laid out one after the other by the hundred as specimens in pots.

It was like eating a meal made up of three courses of candyfloss. 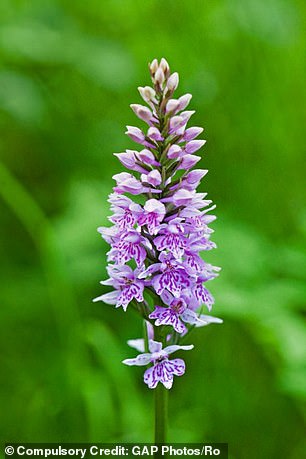 Monty’s relationship with orchids has always been mixed, at best. But then he found a Dactylorhiza fuchsii (pictured) in one of his fields – and it was love at first sight

My relationship with orchids has always been mixed, at best. But then I found one growing in one of our fields – and it was love at first sight.

This little pink flower (which was a Dactylorhiza fuchsii), alone, in a field, almost hidden in the grass, was beautiful and a symbol of unsullied nature.

The first orchids to flower in the meadow are the southern marsh orchid (D. praetermissa).

And finally we have discovered a colony of early-purple orchids (Orchis mascula) at the edge of a green lane which we are now planting as a wood for my grandson.

Had I felt half as excited on that day in Singapore, I would have fulfilled all and more of the director’s expectations.

Everybody has a wildlife blind spot. Some cannot abide spiders, others snakes.

There are those who are just not cat people and there are also misguided people who do not love dogs. There are even people who fail to see the charms of a pig.

I am chiroptophobic. I hate bats. Well, not exactly hate. I have no objection at all to them as long as they stay well away from me. 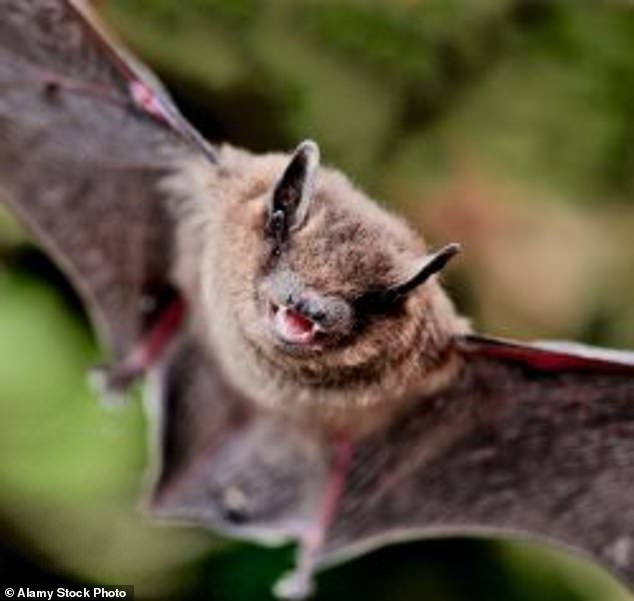 Everybody has a wildlife blind spot. Some cannot abide spiders, others snakes. Monty hates bats. Well, not exactly hate. He has no objection at all to them as long as they stay well away from him

But I know that bats should be encouraged. We have lots in both our garden and our family farm in Wales, so I am sure to see them daily between April and October for the rest of my life.

I have rarely gone out of my way to watch them – other than one slightly surreal night when the late David Bellamy and I went bat spotting in the grounds of Buckingham Palace.

But I remember, when filming Around The World In 80 Gardens for the BBC, going down a side-tributary of the Amazon in a motorised canoe just as dusk fell.

Suddenly, out of the trees that flanked either side of this river – tiny by Amazonian standards, but about the width of the Thames as it goes through Westminster – thousands of bats streamed out over the water, criss-crossing back and forth as they hunted their prey.

On the one hand, this was my worst nightmare, but on the other, it was fascinating, and I had no choice but to give in to the experience and try to relish it. 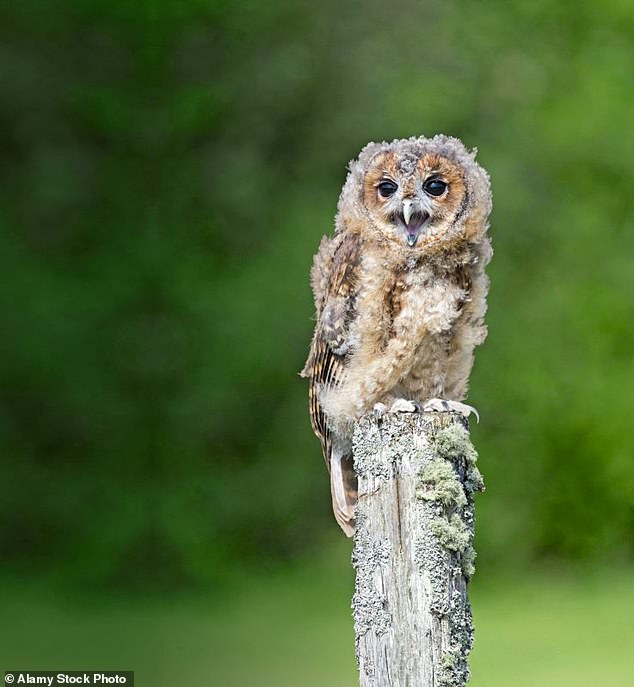 The other day Monty was turning into the lane to our house when he spotted an unusual bird sitting on a fence post. It was large but fluffy – a ball of white feathers with a few awkwardly sprouting splashes of brown like a cartoon. It was a young tawny owl

The other day I was turning into the lane to our house when I spotted an unusual bird sitting on a fence post.

It was large but fluffy – a ball of white feathers with a few awkwardly sprouting splashes of brown like a cartoon.

It had great round eyes filled with curiosity. It then revolved its head 180° and flew off silently.

It was a young tawny owl, still alarmingly vulnerable but fully fledged and free from the nest.

We do not see them that often because they spend most of the daylight hours camouflaged against the tree trunks, but there are a lot of owls around us.

The garden rings with the calls of tawnies all year but especially from late summer into autumn, when the young leave to find their own territories.

But for the rest of summer the young will remain near the nest, learning to hunt and mastering their incredibly dexterous flight.

Some 30 years ago, at our last house, I found a pair of young owls at the base of a large walnut tree. 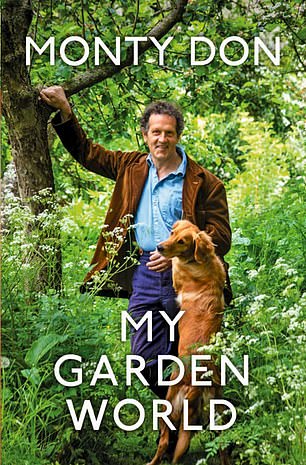 My Garden World: The Natural Year, by Monty Don, published by Two Roads, £20

They had clearly fallen from the nest so I took them in and fed them every few hours with mince.

But I was quickly advised to return them to where I discovered them as the parents would find and feed them on the ground and in any event, the fledgelings might well half-scramble, half-fly back up the tree.

They certainly survived – and screeched and hooted loudly outside our bedroom window for hour upon hour that long, hot summer.

When I was at boarding school in the 1960s, the matron adopted a similar young owl and it would sit on her head as she walked round the dormitories, nibbling on her hair.

You never forget such things. 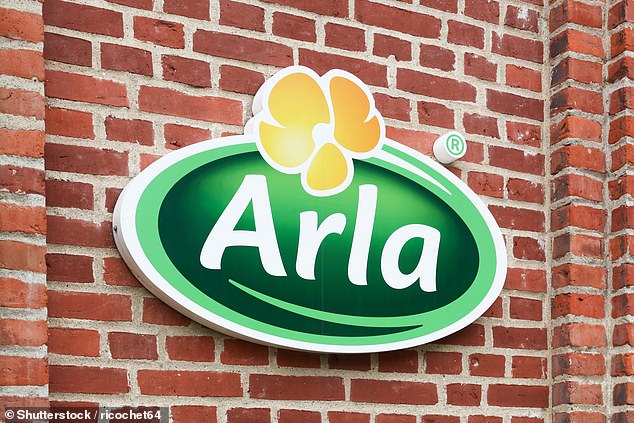 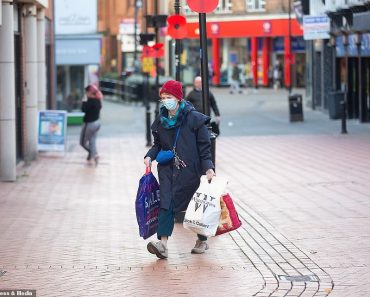