Home
News
Mothers & daughters: ‘Maternal instinct told me I had to rescue my child’
Prev Article Next Article

The pair when Laura was ten

When her daughter Laura fell ill at university, Nicola Nuttall knew something was very wrong, though no one was prepared for the cause: multiple brain tumours. Two years on, Nicola reveals how she is helping Laura cross off her bucket list and how they are facing the diagnosis with tenacious positivity

Laura has always been independent and hated asking for help. ‘Laura (can) do it,’ was her catchphrase as soon as she could talk. But when she called me in October 2018 from her university accommodation in London, telling me she didn’t feel well, I knew something was wrong. She told me not to come down. But my mother’s instinct told me different. I knew I had to rescue her. By the time we arrived from Lancashire she was in such a bad way we had to break in. She was rushed to Homerton University Hospital and a scan showed several brain tumours. If I’d left it 24 hours, Laura might not be with us now.

She’d been sick since starting uni. Being Laura, she brushed it off and threw herself into student life. We were worried, but no one expects a brain tumour is the cause.

I’ll always feel sorry for the young doctor who broke the news. I could see how upset she was because when you see a CT scan like Laura’s, it never has a happy ending. She needed life-saving surgery, and fast.

On 7 November, the day of the operation to remove the largest tumour, Laura had a seizure and lost consciousness. We were terrified they wouldn’t operate as she couldn’t sign the consent forms. I’m so grateful they decided to go ahead.

A few days later, we got the grimmest prognosis possible. Laura had glioblastoma. Just 25 per cent of patients make it to a year, and less than five per cent to five years. Mark, Grace and I were in tears, but Laura asked the doctor when she could go back to university. His response was, ‘You won’t be going.’ She replied, ‘You know, your shirt’s on inside out.’ Even in the darkest moments, she likes to crack jokes to lighten the mood.

The most optimistic assessment gave Laura 18 months to live, and she passed that in May. She’s so focused on trying to beat it.

She’s always been her own person. She loved building dens, and started taekwondo aged six. She’s always challenging herself – she ran a marathon before she got ill and at the age of 18 worked in Chicago on then governor Bruce Rauner’s campaign.

She’s a planner and feels if she knew how long she had left, she’d know how to plan better. Her aim was to prove the consultant wrong and get back to uni. I helped where I could – raising money to access alternative treatments and to fulfil her bucket list.

The donations help fund Laura’s trips to Cologne every month for immunotherapy where they inject her with a vaccine created from her blood. I don’t want to look back and think, ‘If only we’d tried that treatment.’

The bucket list was to fast-forward her life and to have something to look forward to. We’ve done amazing things, from flying across the Equator business class, to meeting Michelle Obama. The highlight was staying at The Plaza hotel in New York and watching Saturday Night Live being filmed. They put us in a £1,000 suite – we were bowled over. Laura thinks she’s lucky because she’s got to do things she never would have if her life had been normal. 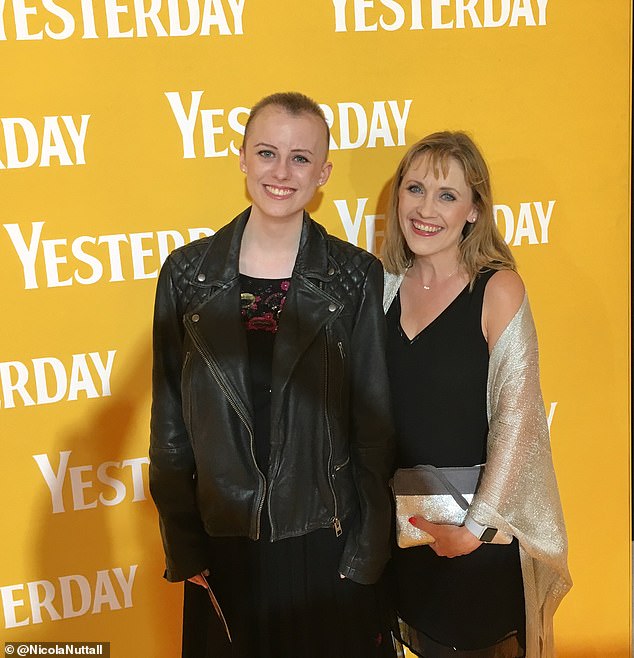 Laura’s devastating diagnosis has brought her and mum

When lockdown happened, I was terrified we wouldn’t be able to get to Cologne. I put a shout-out on Twitter, and a company called Greensill lent us their private jet – it’s going to be hard to go back to budget airlines!

We’re always scared of what the scans could bring. At the end of last year, they were clear, but the last two have shown a tiny spot around 4mm. No one is panicking but I’d rather there was nothing at all.

Laura has been amazing. I’m so proud of her tenacity, especially when she started at Manchester University in September while still having chemotherapy – and the work she’s done for The Brain Tumour Charity.

For now, we’re all spending precious time together. Laura’s always been self-contained but now she’s happy to accept help from me. We’re closer than ever before.

Laura Nuttall, 20, is studying politics, philosophy and economics at The University of Manchester

When I was at school, we had to write an essay about the person who inspired us most. My friends chose people such as Beyoncé – but I wrote about Mum. When I was younger she started running marathons – one year she was the fastest person dressed as a witch in the London Marathon. She was an inspiration to me then and still is now. I get my determination from her.

Even though she ran a play centre, she always made time for me and Grace, reading My Naughty Little Sister or testing us on Harry Potter. As I got older we did row but I’ve always been the good girl, really!

I came out when I was 15 or 16. I got drunk and told Mum. She’s so trustworthy that she didn’t even tell Dad. But he didn’t mind, he knows Mum deals with the feelings and he teaches us how to hammer a nail!

I don’t have a girlfriend now. I last dated someone when I was in Chicago, but I know if I brought a girl home Mum would be really welcoming. Last year, we went on the Pride march to raise money for The Brain Tumour Charity, and my grandparents came, too. That was amazing.

It’s not an exaggeration to say I’m still here because of my mum. As much as I hate to say it, she knows what’s best for me. When I was really sick I kept telling her I was fine and not to come down to London. But she knows me – even when I’m in agony I wouldn’t ask to be rescued.

When Mum puts her mind to something everyone knows it’s going to get done, so it was no surprise that she wouldn’t accept the standard treatment offered to me. She’s always reading reports that I think are gobbledygook but then she’ll find a new supplement that has been reported to be effective. She’s found out so much that now other families are coming to her for advice.

Mum feels emotion more than me, though. For a while, she would go for a run and scream in a field to cope. Now she’s happier, although she’s conscious I could regress and that the dark days might not be over. But she’s positive and that helps to keep me positive.

When I had down days – I took steroids that made me put on weight and not feel good about myself – she’d cheer me up, saying, ‘This is only temporary.’ Then she’d make me my favourite food – avocado with Philadelphia and melted cheese on top.

I fought hard to get back to uni but I like being at home, too. Mum and I go for walks with the dog and talk about everything and nothing. We’re so alike I can tell what’s going on in her head before she says anything and vice versa.

She’s doing huge things for me so while I’m home I support her through the little things. I offer to help out or put the kettle on to make her a cup of tea. But I can’t possibly repay her for the help she has given me over the years. 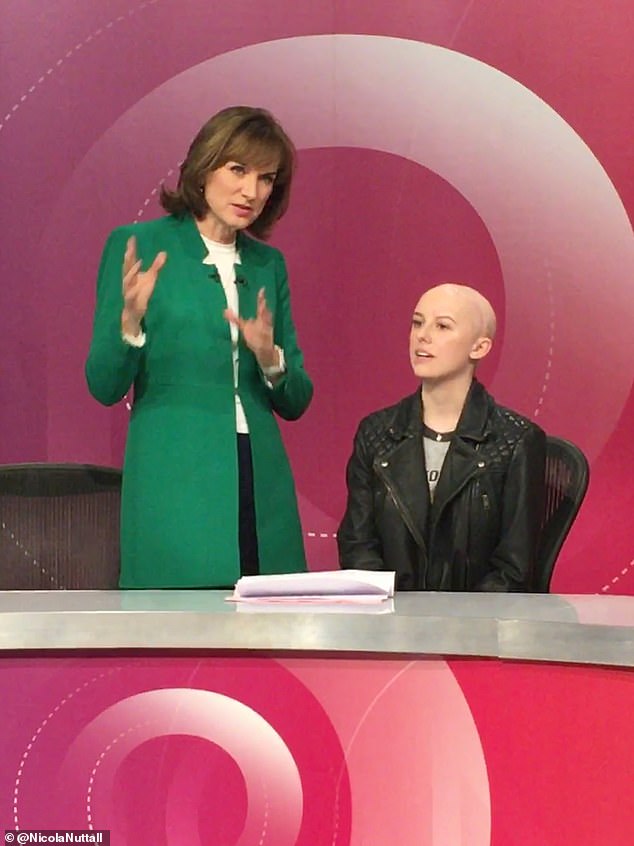 On the bucket list: Laura meeting Fiona Bruce on the set of Question Time last year

Nicola and Laura in four

Nicola: Leaving chewing gum on the side of her plate.

Laura: Typing on her phone with one finger!

Nicola: We’re both competitive and love doing a quiz.

Laura: We listen to her favourite music from when she was my age, like The Cardigans.

Your favourite memory of each other?

Nicola: On her first day at primary school, I asked Laura how it went. ‘Good,’ she said, ‘But we didn’t do any French.’

Laura: Going to South Africa together. It was such an amazing trip. I wouldn’t have taken anyone else on it.

For more information and to donate, go to doingitforlaura.co.uk and thebraintumourcharity.org 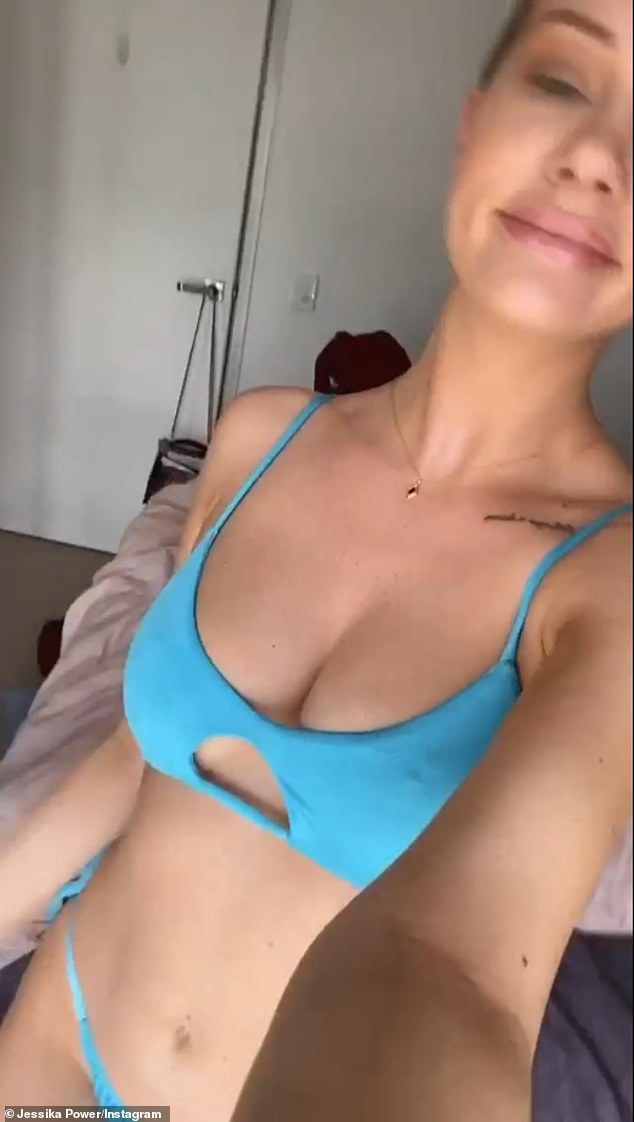