By Nicole Douglas and Chloe-lee Longhetti For Daily Mail Australia

They were formerly best friends, who become mortal enemies as they fought for Locky Gilbert’s heart on The Bachelor.

And show winner Irena Srbinovska has now claimed she’ll never be friends with Bella Varelis again – but ‘wishes her well’ despite the brunette savagely turning against her during filming.

When asked if they could ever be on good terms once again on KIIS FM’s Kyle and Jackie O, Irena, 31, said: ‘I think that ship has definitely sailed.

Never again: Bachelor winner Irena Srbinovska, 31, (left)  reveals she will NEVER be friends with Bella Varelis, 25, (right) again – after the brunette accused her of being ‘manipulative little b***h’. Pictured in happier times

‘From day one, Bella and I got along so well. We were constantly just together.

‘But the moment we both started falling in love with Locky… it got hard. We were hurting each other by sharing details with each other about our connection with him.’

Host Kyle Sandilands noted that jealousy and resentment had clearly started to build, to which Irena responded: ‘It’s natural. I wish her nothing but the best and I hope she finds happiness.’ 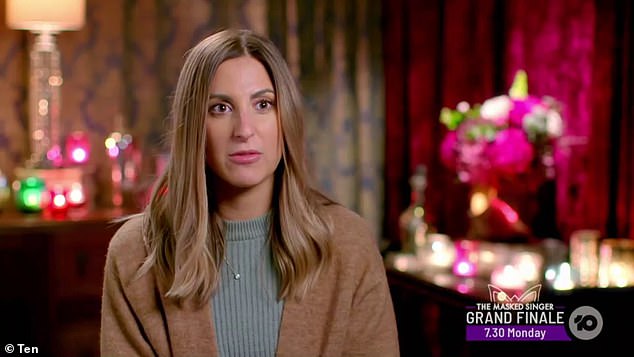 No chance: When asked if they could ever be on good terms once again on KIIS FM’s Kyle and Jackie O, Irena said: ‘I think that ship has definitely sailed’

Locky added that despite their fallout, Irena still sticks up for Bella whenever trolls attack the runner-up online.

Viewers were left shocked when Bella turned on Irena mid-season, after the women and Locky were forced to return to their homes during the coronavirus pandemic for three months.

Upon their return to the mansion, Bella branded Irena a ‘manipulative little b***h’ and claimed she was exaggerating her relationship with Locky. 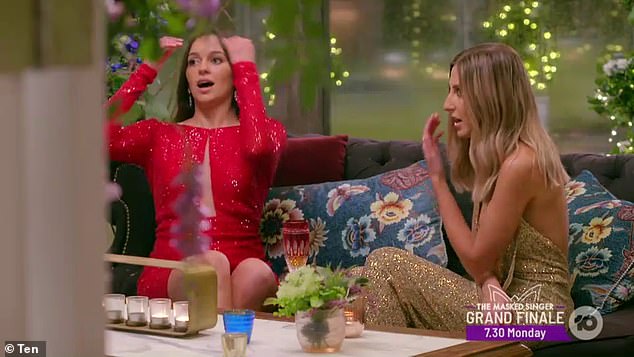 ‘The moment we both started falling in love with Locky… it got hard’: Irena explained that she and Bella ‘hurt each other’ by sharing details about their romance with Locky – making a friendship impossible 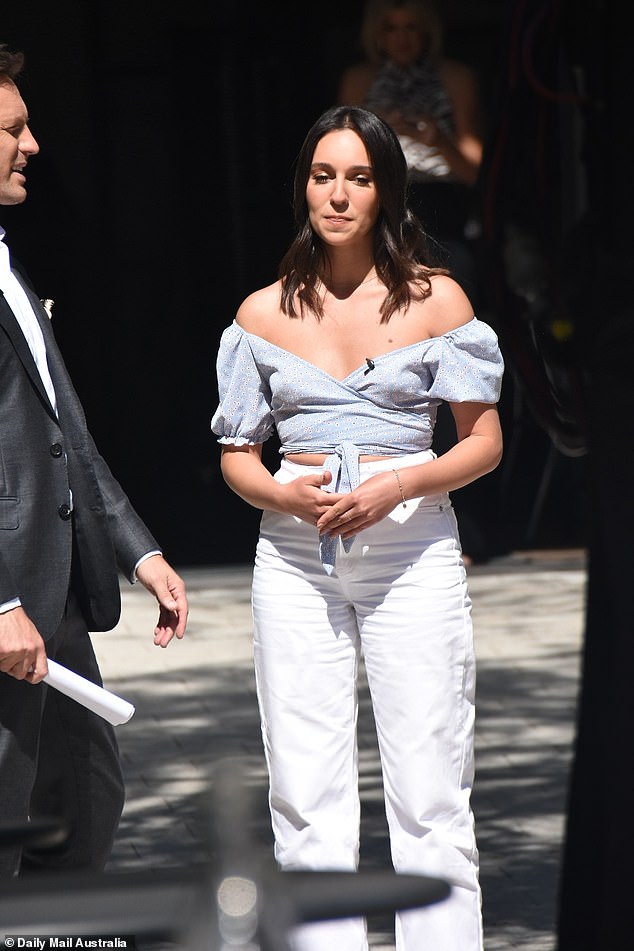 During the finale, Locky controversially told both Irena and rival Bella he had fallen in love with them – leading both to believe they had won his heart.

But ultimately, it was down to earth nurse Irena who stole the burly adventure man’s heart – leaving Bella completely devastated.

After a distraught Bella stormed off set, Locky came face-to-face with Irena to deliver the good news – telling her he ‘couldn’t wait’ to spend the rest of his life with her.

He told her: ‘But just when I’m with you, I feel so calm and comfortable, and it’s a pretty new feeling for me.’ 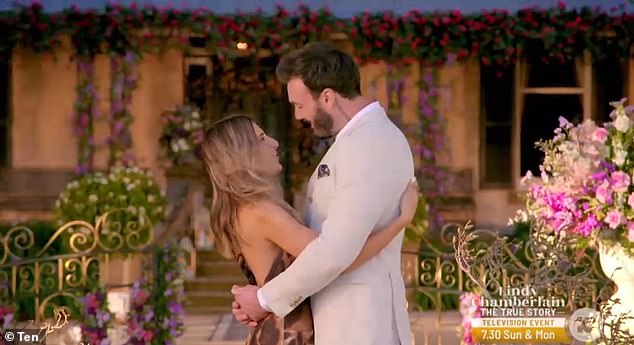 She stole his heart! After one of the most tense finales The Bachelor has ever seen, Locky chose Irena as his leading lady during Thursday’s night’s emotion-filled episode 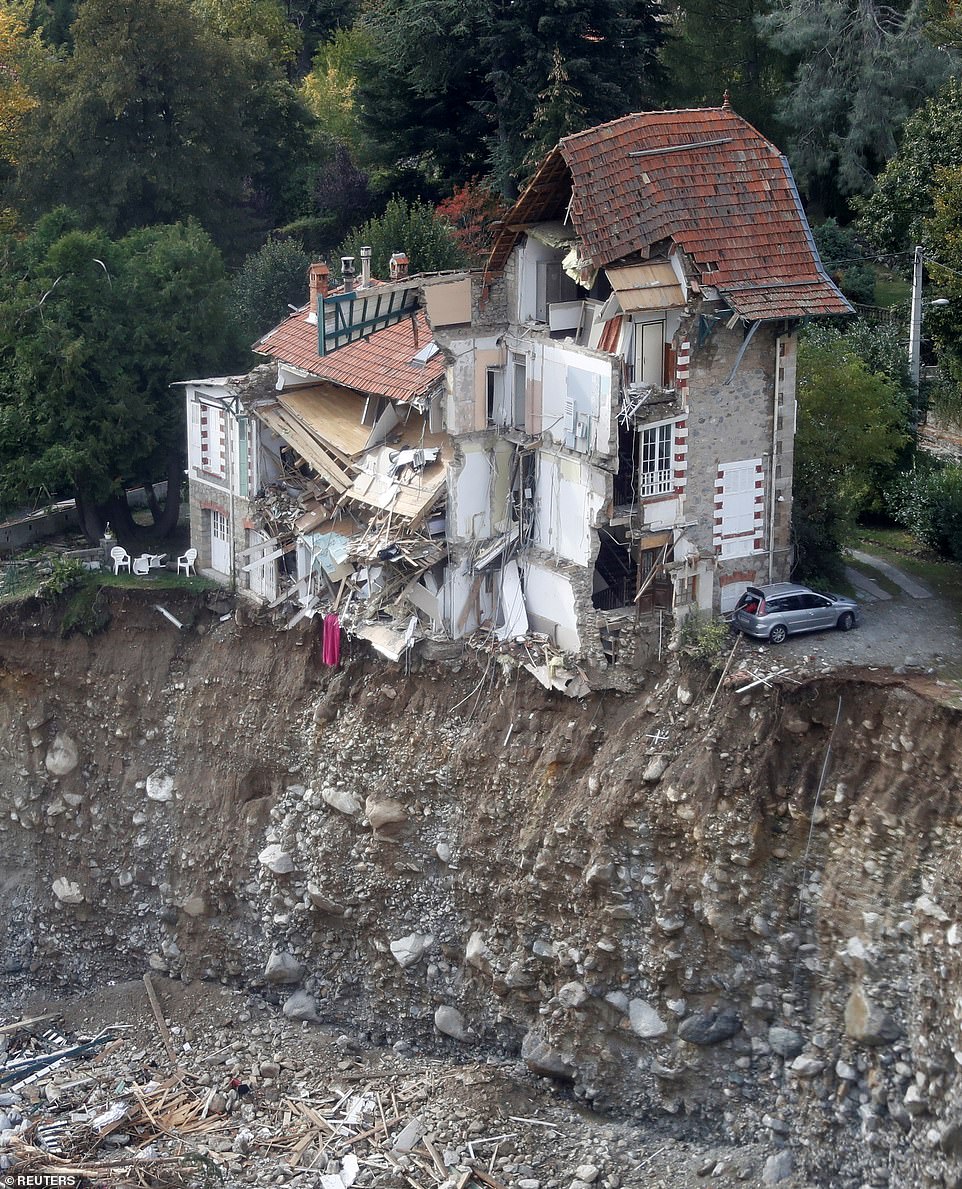 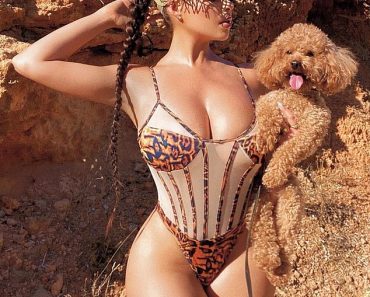