He celebrated his milestone 40th birthday just weeks ago.

But on Saturday Chris Pine showed he’s far from getting soft when he stepped out of a gym in Los Angeles looking buff.

The Wonder Woman star showed off his muscular arms in a white tank top shirt as he made his way back to his car.

Ripped: Chris Pine showed off his lean physique after a workout at a gym in LA on Saturday

Looking healthy and youthful, Pine paired the biceps-baring tee with black shorts that were worn over black tights.

He had his blondish-brown locks styled back off his face with a part on the left.

The California native appeared to be carrying a black protective mask in his hand that he likely was wore during his time inside the gym amid the still ongoing COVID-19 pandemic. 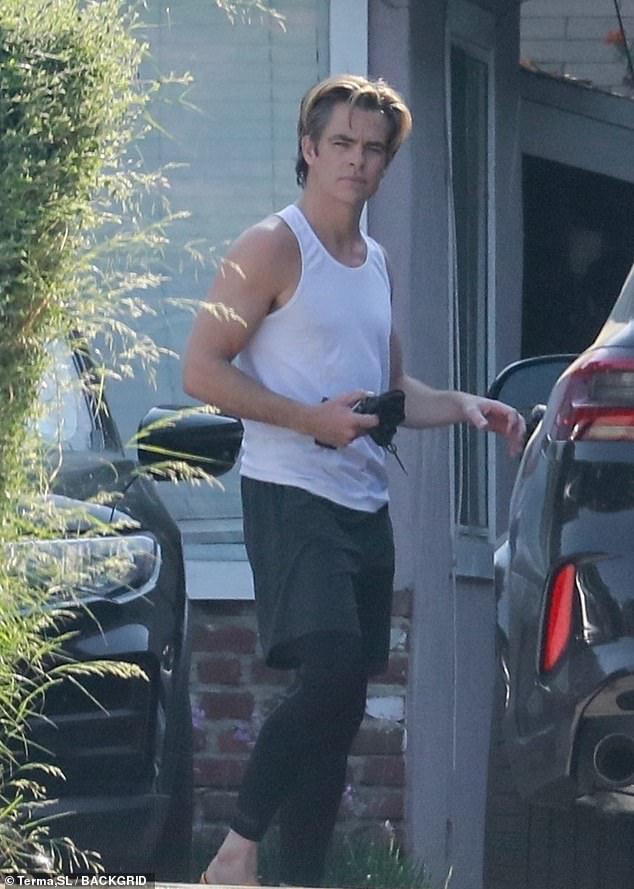 Youthful: The actor, 40, looked ripped in a white tank top and black shorts over black tights

Just last month, the release of Pine’s much-anticipated film Wonder Woman 1984, the sequel to massive 2017 superhero hit with Gal Gadot, got pushed back from October to Christmas, according to Deadline.

This marks the fifth premiere date shakeup for the highly-anticipated sequel, which was initially slated to hit theaters in December 13, 2019, and then pushed up a month to November 1.

However, after the Joker’s October release date was announced, the Patty Jenkins-directed flick was moved to June 5, 2020.

With the ongoing coronavirus raging and movie theaters largely closed, those plans were changed to August 14, then October 2 and, now, December 25. 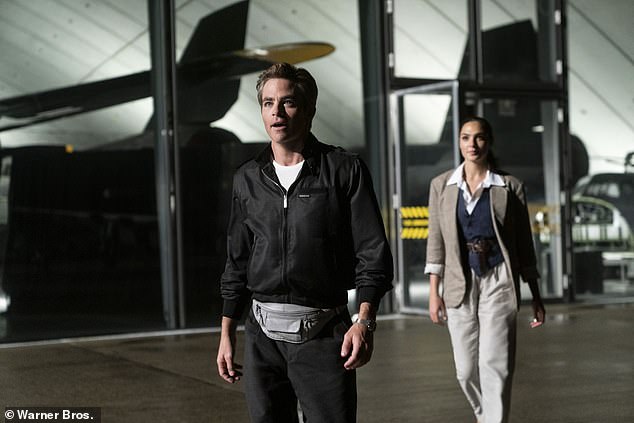 The anticipation: The release of Pine’s much-anticipated film Wonder Woman 1984, starring Gal Gadot, got pushed back from October to Christmas, according to Deadline 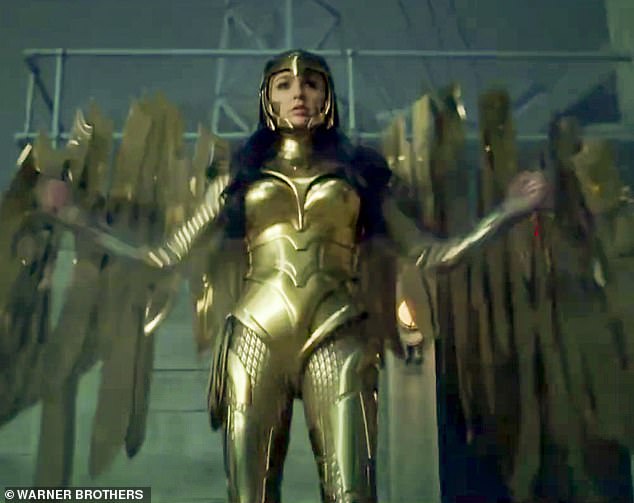 Coronavirus crisis: The sequel to the massive 2017 hit , Wonder Woman, has been delayed five times due to the COVID-19 pandemic

Pine currently has two films in different phases of production.

His upcoming action film, Violence Of Action, is now in post-production after wrapping at the end of 2019. It also Ben Foster, Gillian Jacobs, Eddie Marsan, Nina Hoss, Amira Casar, and J. D. Pardo

At this point there’s still no premiere date set due to the coronavirus crisis.

Although little is known about the plot, the movie is reportedly set in an isolated, utopian community in the 1950s California desert 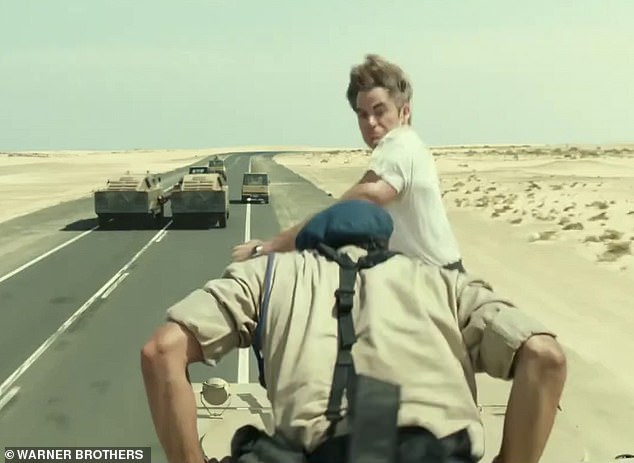 In demand: Pine has two films currently in different phases of production; he is pictured during a fight scene in Wonder Women 1984 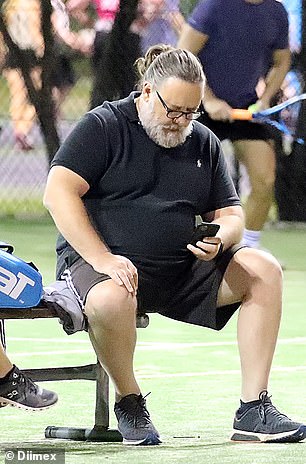