By Harriet Johnston For Mailonline

An obesity expert urged Channel 4 to axe The Great British Bake Off after blasting the hit series for encouraging people to eat sugary foods that lead to obesity.

Tam Fry, the chairman for the National Obesity Forum, has warned that the Channel 4 hit baking show could pose a serious risk to Brits’ health, citing the high mortality rate among overweight people who catch Covid-19.

He revealed he fears the televised baking bonanza is risking lives at a time when Britain is already the fattest nation in Europe, in the midst of a second wave of Covid-19 infections.

Tam is calling on Channel 4 bosses to to axe the hit baking competition, or at the very least add health warnings, saying: ‘If the Channel 4 won’t ditch the series it should certainly warn its viewers that, though cakes might taste delicious, the heaps of sugar in them is in no way nutritious and quite certainly not healthy.’

The Great British Bake Off has been blasted for encouraging people to eat sugary foods that lead to obesity with Tam Fry, the chairman for the National Obesity Forum, urging Channel 4 to axe the baking show (pictured, Paul Hollywood, Prue Leith, Noel Fielding and Matt Lucas on the recent series)

Speaking yesterday, Tam – who is also an expert advisor to the ACTION ON SUGAR campaign – said: ‘The government admitted today that it has failed to achieve its target to reduce sugars in cakes by 20 per cent.

‘For years, however, Channel 4 has blindly disregarded Whitehall’s aim and continues to push its sugar-laden Bake Off programmes for the sake of good ratings.

‘Channel 4 producers should be told that its ‘entertainment’ programme should get real and realise the damage the link could do. ‘ 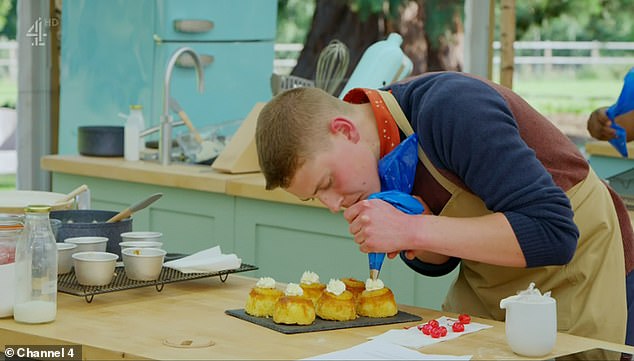 The recent series of the hit TV show is currently on its third episode, with contestants tasked with baking cakes, biscuits and bread so far this season 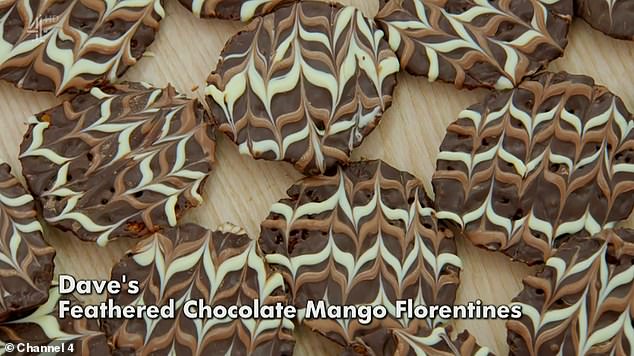 In the second episode of the hit TV series, bakers were asked to craft florentines for their signature challenge

The hit TV show is currently on the third episode of it’s 2020 series, with bakes in the season so far including florentines and showstopper cakes.

The first episode of the new series, which aired on September 22, had the biggest ratings of any programme – excluding films – to be shown on Channel 4 since 1985.

The cooking competition left BBC One in a £75million switchover in 2016.

Research by Public Health England shows that risk of death from Covid-19 increases by 40 per cent for people with a BMI over 40 per cent. 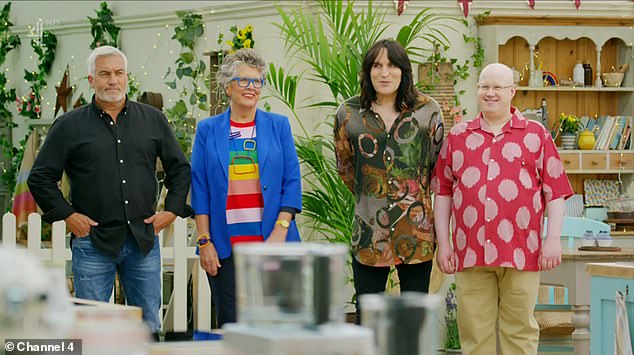 His comments come as it was revealed yesterday that the government’s goal to cut 20 per cent of sugar from cakes, biscuits and other treats by the end of the year is set to fail.

Public Health England asked the food and drinks industry to voluntarily cut a fifth of sugar from its products in 2016, and aim to cut five per cent in the first year.

But a report released this week shows that the government is only on course to slash sugar in these products by about three per cent by the end of the year. 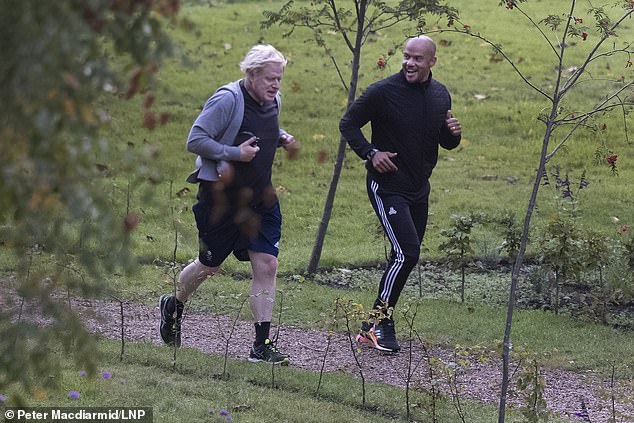 Boris Johnson has been urging people to eat healthy and exercise more, after he blamed his own brush with death after catching Covid in March on him being overweight (pictured, running earlier this month)

Boris Johnson has been urging people to eat healthy and exercise more, after he blamed his own brush with death after catching Covid in March on him being overweight.

Johnson’s obesity crackdown will include bans on adverts for foods high in fat, sugar and salt on TV before 9pm.

Confectionary displays at checkouts will also be axed. 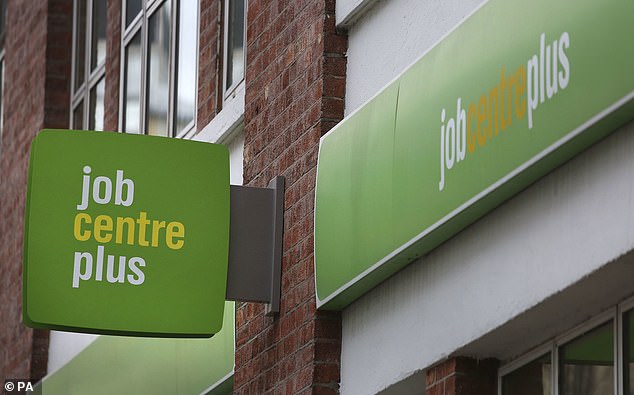