The daughter of a holocaust survivor is suing an academic who claimed her mother had a lesbian relationship with an SS guard.

In April of this year, a German court ruled that in doing so, the academic had violated the woman’s post-mortem personality rights by publicly claiming the relationship took place with the Nazi guard while she was imprisoned in concentration camps.

According to The Guardian, the woman’s daughter is now suing the academic for €25,000 (about £23,800) for five alleged breaches of the ruling, which Dr Hájková denies.

The daughter of a holocaust survivor is suing an academic who claimed her mother had a lesbian relationship with an SS guard. Pictured: Female SS guards being guarded by Allied soldiers after the liberation of Bergen-Belsen in 1945

The daughter’s lawyer told a Frankfurt regional court that her mother, who died ten years ago, met the Nazi guard in a concentration camp in Hamburg in 1944.

The court heard that the guard fell in love with the woman and hoped they may have a future together after the war.

The guard then followed the prisoner when she was taken to two other concentration camps, with the last being the notorious Bergen-Belsen, in northern Germany. 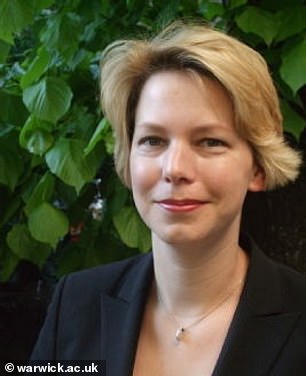 When the camp was liberated after the defeat of Nazi Germany in 1945, the guard was arrested while trying to pose as a prisoner. She was sentenced to two years in prison by a British military court.

Dr Hájková claims testimonies from camp survivors and legal documents from the guard’s trial led her to believe the two women may have had a lesbian relationship.

She did also acknowledge there was no definitive proof.

Dr Hájková is said to have contacted the woman in 2014 and her daughter said she told the academic their relationship was not sexual.

The academic allegedly promised at the time that she would not use the survivor’s full name in her research.

However, in 2019, in promotional material announcing lectures about her research, Dr Hájková allegedly named the two women and said they had had a lesbian relationship.

She is said to claim that she ‘simply forgot’ her previous pledge not to name the woman.

When promoting one of her lectures, she included a photo of the woman. In another she wrote, in German, ‘the inmates of the … women’s satellite camp observed the relationship between the guard and the prisoner woman with fascination and loathing’

The horrified daughter took Dr Hájková to court in Germany. Under the country’s constitution, a dead person’s reputation is protected from harm.

Her lawyer argued that Dr Hájková’s research threatened to destroy the ‘lifetime image and achievements’ of her mother. 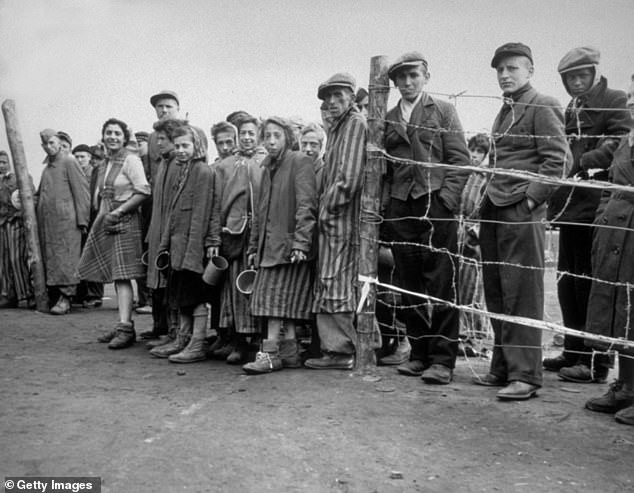 In April of this year, a German court ruled that in doing so, the academic had violated the woman’s post-mortem personality rights by publicly claiming the relationship took place with the Nazi guard while she was imprisoned in concentration camps. Pictured: Bergen-Belsen inmates queue for food in April 1945

Dr Hájková’s lawyer has invoked her right to academic freedom and freedom of opinion.

It said she must refrain from claiming the prisoner had a sexual or lesbian relationship with the SS guard.

She was also barred from using the woman’s full name or photograph without her daughter’s permission.

But the woman’s daughter is suing her and claiming damages for five alleged breaches of the ruling. 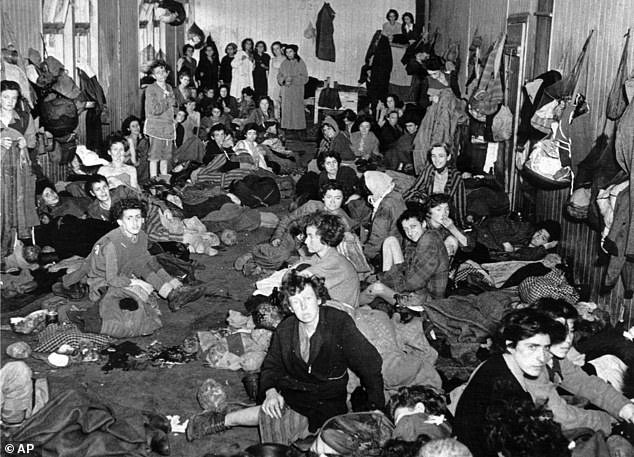 The woman’s daughter is now suing the academic for €25,000 (about £23,800) for five alleged breaches of the ruling, which Dr Hájková denies. Pictured: Female inmates at Bergen-Belsen shortly after British troops liberate the camp in April 1945

The daughter also made a complaint to Warwick University. They are investigating whether or not Dr Hájková’s conduct fell short of its ethical research standards.

The academic will allegedly be required to have training to ensure she follows the university’s research code of practice.

But the daughter said: ‘I want the university to take stronger disciplinary action against her and to pay compensation for the extreme distress caused to me. I’ve told the [inquiry] panel I have been hysterically crying. I need this resolved so desperately.’

Dr Hájková has been approached for comment by MailOnline.

She told The Guardian she had done more than the German ruling mandated by using a pseudonym rather than abbreviated name when referring to the woman and her alleged relationship with the guard.

A Warwick University spokesman told the newspaper it would not comment until its own investigation and the German trial had concluded.

The horrors of Bergen-Belsen concentration camp: Where Anne Frank was taken after she was captured

Bergen-Belsen was first established by the Nazis in 1940 as a prisoner of war camp, but was later turned into a concentration camp.

It was the first major camp to be liberated by Allied Forces, on April 1945.

Anne Frank died  in 1945 while being held in Bergen-Belsen

Bergen-Belsen did not have gas chambers, but became exceptionally overcrowded and many prisoners died through starvation, overwork or disease.

Towards the end of the war the camp had a typhus epidemic, which would lead to the death of Anne Frank, whose wartime diary later became world-famous.

It is estimated around 50,000 people died at Bergen-Belsen, the vast majority of whom were Jewish.

When British forces arrived, they found thousands of bodies unburied around the camp and some 60,000 starving and mortally ill people packed together without food, water or basic sanitation.

The British were forced to bury thousands of corpses in mass graves hastily excavated on the site, while, despite their best efforts, many of those liberated from the camp would die from their ill-treatment. 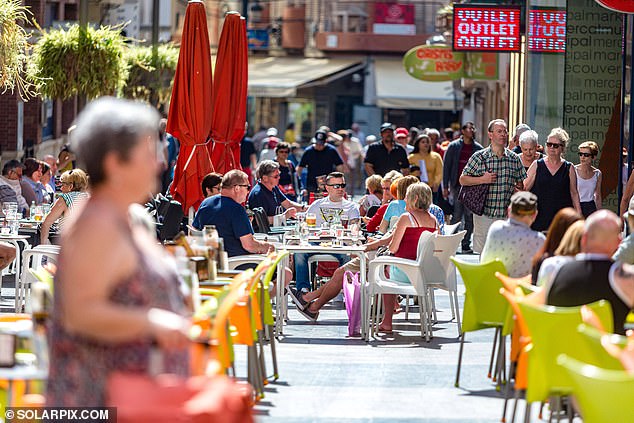 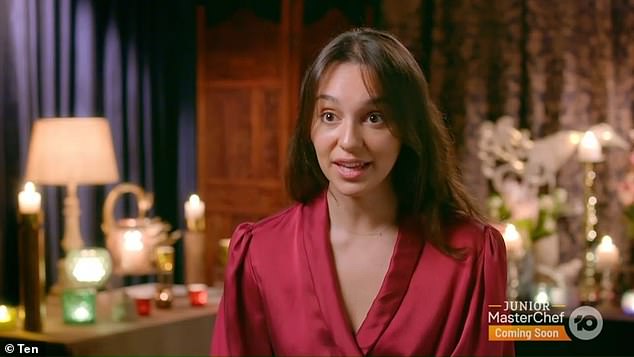