A plus-size model proudly showed off her incredibly curvaceous hips after a fan insisted that she would ‘win’ TikTok‘s viral hourglass challenge.

Denise Mercedes, 28, from New Jersey, left viewers in awe when she shared a video of herself pulling her T-shirt tight around her tiny waist and shaking her hips for the camera — though she admitted she thinks she is ‘more of a pear’ shape.

The body-positive video has been viewed more than 1.6 million times, and some TikTok users admitted to thinking it was fake because of her seemingly impossible curves.

Viral: In the clip, she can be seen pulling her T-shirt tight around her waist and shaking her hips to the song ‘Bang Bang’ 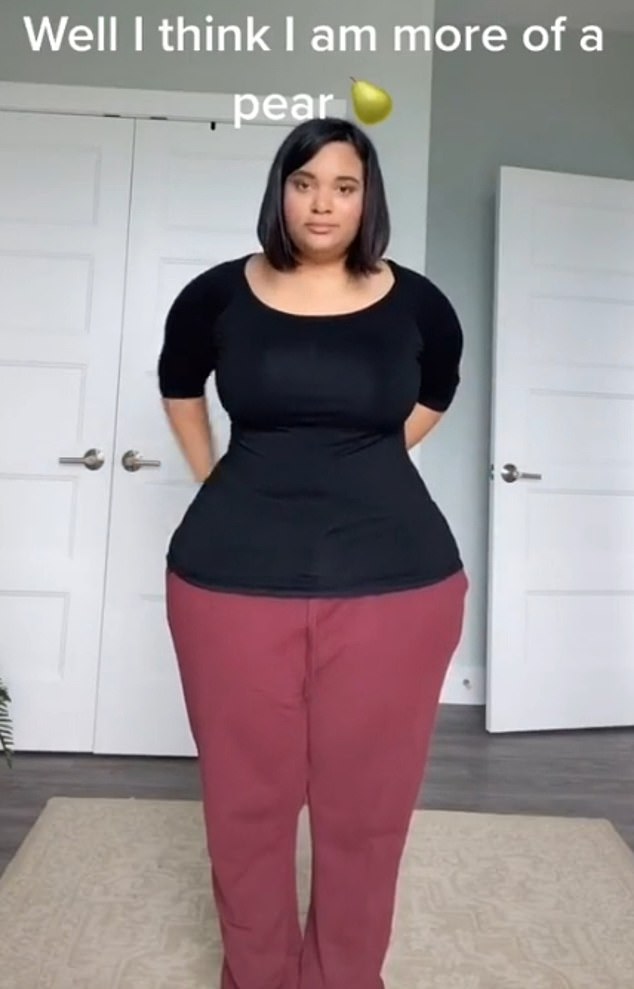 Candid: Denise admitted that she thinks she is ‘more of a pear’ shape, but that didn’t stop her from doing the challenge

It all started when Denise shared footage of herself dancing in a crop top with her sweats pulled down low on her hips.

‘Omg do the [hourglass] challenge u would win that!!’ one person commented, and the model happily took her advice.

As part of the viral challenge, Denise held her T-shirt tight around her waist and danced to Arianna Grande, Nicki Minaj, and Jessie J’s hit ‘Bang Bang’ — specifically the lyric: ‘Sure she got a body like an hourglass / But I can give it to you all the time.’

More than 1,000 people commented on the clip, with some admittedly stunned by her dramatic waist-to-hip ratio. 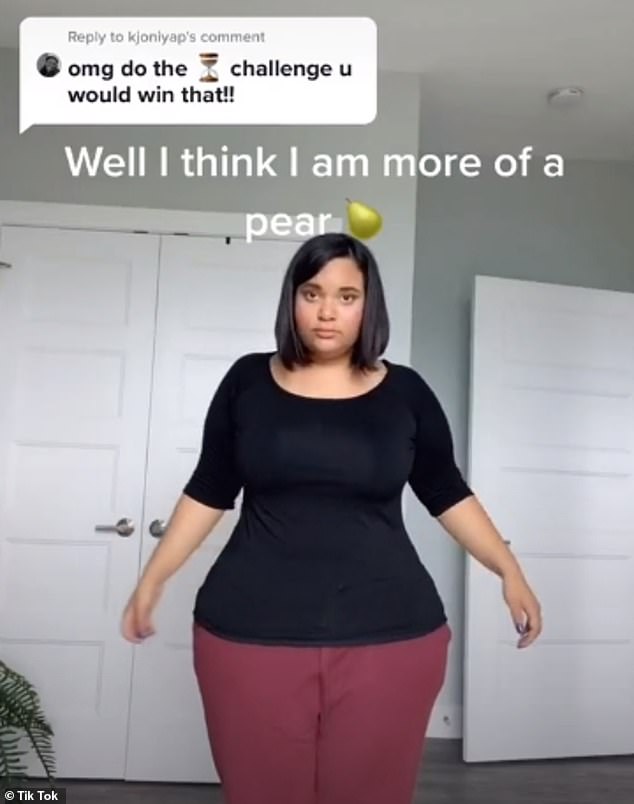 Encouragement: The TikTok star was encouraged to take part in the challenge by a follower 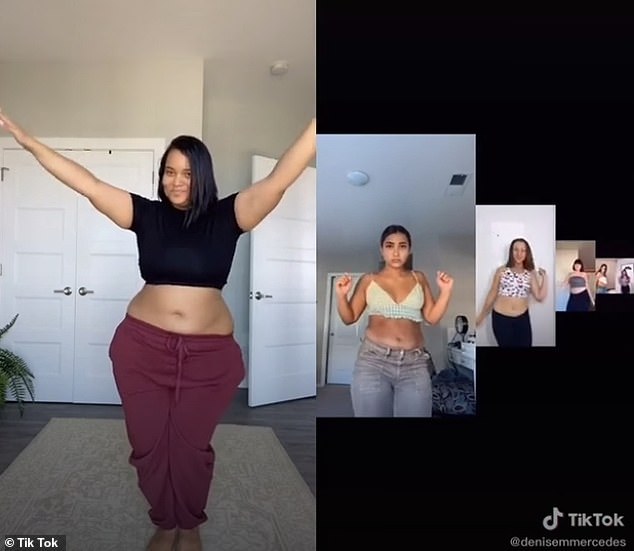 Inspiration: The fan suggested Denise make an hourglass challenge video after seeing a clip of her dancing, saying she would ‘win that’

‘I’m not going to lie,’ one person wrote. ‘I thought you had a body warp filter on when I first saw you.’

‘Did anyone else think that it was fake because it’s literally not possible to have those dimensions!!!!!! (I’m in awe),’ another commented.

Someone else gushed: ‘Your body is literally insane!’

Others wondered how she finds pants that fit her perfectly.

In awe: Many TikTok users were stunned by her dramatic waist-to-hip ratio, and some thought the video was fake because of her seemingly impossible curves

‘How do you find jeans that fit right??’ one person asked, while another wrote: ‘Omg it must be impossible to buy clothes.’

The reaction to the video was overwhelmingly positive, with many people thanking her for helping them learn to love their own pear figures.

‘The amount your content has impacted my confidence is amazing,’ one TikTok user commented. 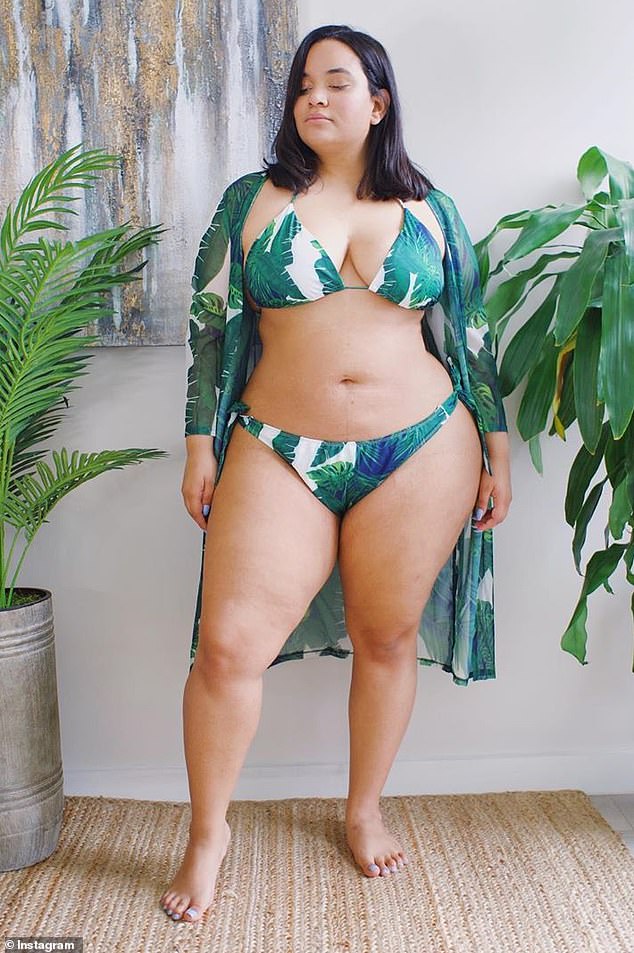 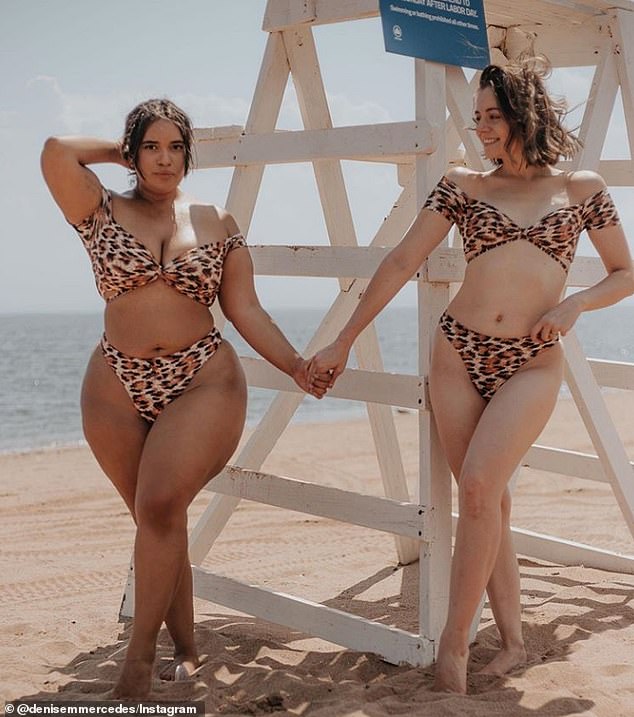 Message: Denise is best known for her ‘Style, Not Size’ series in which she and her slim best friend Maria Castellanos pose together wearing matching outfits 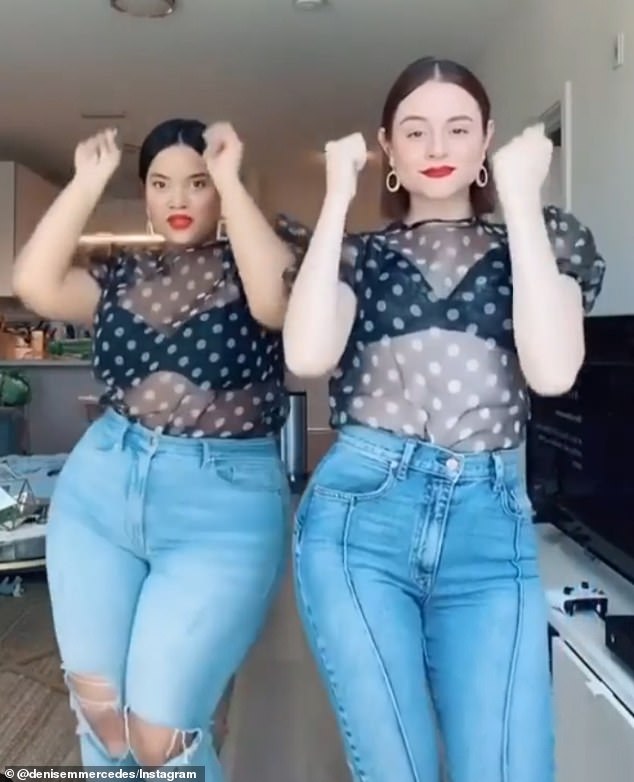 Viral videos: In each clip, the two friends dance and strike poses while modeling their matching outfits

She is best known for her ‘Style, Not Size’ series in which she and her slim best friend Maria Castellanos pose together wearing matching outfits.

The influencer is a size 14 and has a different body type than her petite pal, but that doesn’t stop them from rocking the same bikinis, dresses, and crop tops during their playful shoots.

In each clip, the two friends dance and strike poses while modeling their matching outfits, which range from everything from swimsuits and sarongs to body-hugging dresses.

While Denise only joined TikTok last November, she and Maria have been modeling the same outfits for a while now, with many of the posts being shared on Instagram. 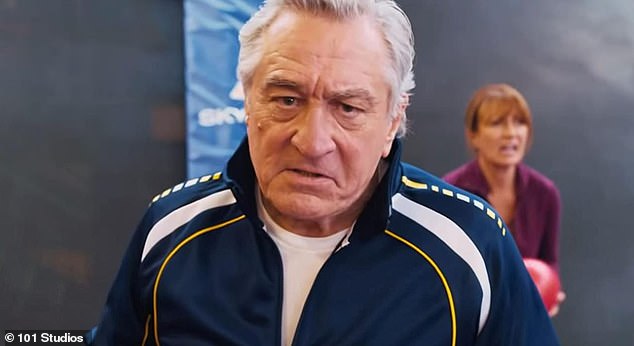 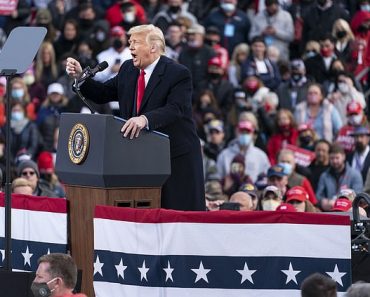