Dozens of revellers have packed into an illegal boat party in North London – but had to delete their NHS Test and Trace app before they were allowed onboard.

Ravers flocked to North London last week after the event was advertised on WhatsApp with a message warning party-goers to make sure they’d deleted the Government’s coronavirus app.

It read: ‘If you haven’t before you (have) reached the location you will get banned as you will cause serious trouble to us.’

The message also gave the location, warned there would be restricted entry after midnight and banned ‘illegal substances’, reported MirrorOnline.

Footage of the clubnight shows revellers whooping for joy as they danced along to music provided by a DJ.

The clip, which has been muzzed to protect identities, shows revellers completely ignoring social distancing rules to enjoy a night of alcohol and dancing.

Those at the event were given stickers to put on their phones to show they had deleted the app.

The organisers warned removal of the stickers, or filming inside the venue, would result in the offender being ‘kicked out with no chance of re-entry’.

The contact tracing app works via Bluetooth, which is fitted to almost every smartphone in the world, and involves a notification system to alert people if they have been in close proximity with someone diagnosed with Covid-19. 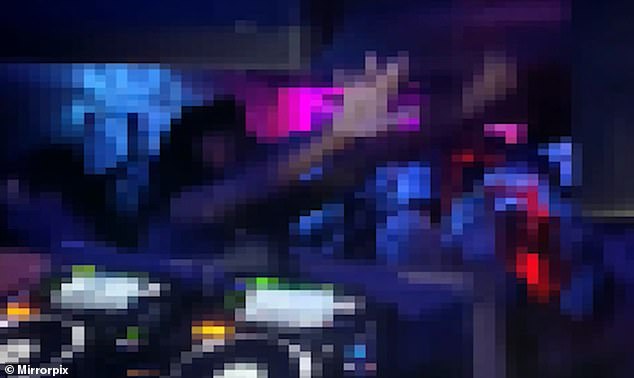 Users can decide whether they want to declare they have tested positive and, if they do, will remain anonymous, meaning people will not know who infected them, or where it happened.

If a person receives a positive diagnosis they will be contacted by their local health authority and given a unique PIN which, when inserted into the app, will register the positive result.

The phone itself then determines which devices it should sent an alert to warning of potential infection. This decentralised approach means no data is stored on a server.

Phones do this based on parameters of time and proximity set by the local health authority, which in the case of the UK is the NHS. 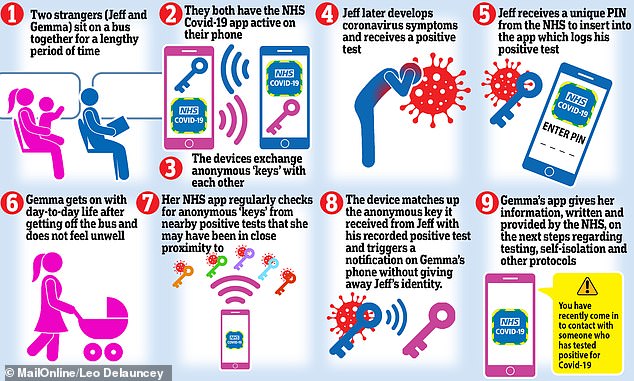 If the app was in use at the rave then one positive test could result in all attendees being asked to self-isolate for 14 days.

Mike Gill, CEO of the Night Time Industries Association, told the website he thought illegal raves were inevitable after coronavirus saw the events industry grind to a sudden halt this year.

This is despite the £10,000 fines that promotors are slapped with if caught hosting an event.

He said: ‘These environments are transmission hot beds. Some of these illegal parties will move into buildings like warehouses and other vacant buildings as the winter draws in.’ 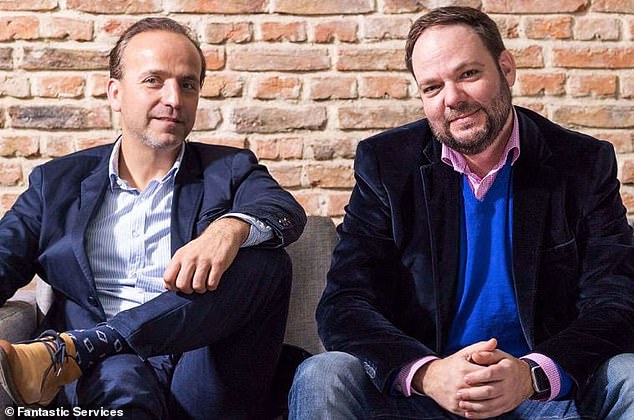