This is the hilarious moment two siblings were rollerblading along a Californian dock when they spot a third person accidentally fall into the water.

Bergen Oleson and his sister Emalee were out for a ride and began filming a skater called Louisa on the dock in Balboa Island, California.

As Louisa grew in confidence the distance to the edge of the pier grew ever shorter. 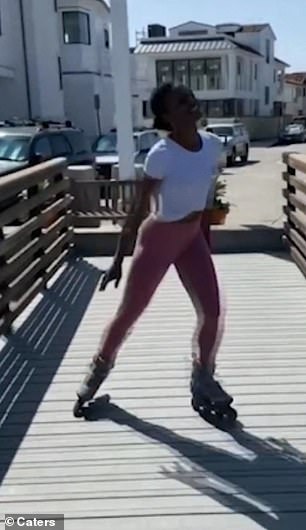 Louisa, pictured, was growing in confidence as she rollerbladed along the dock in California 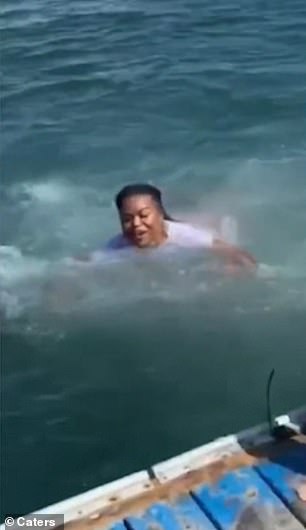 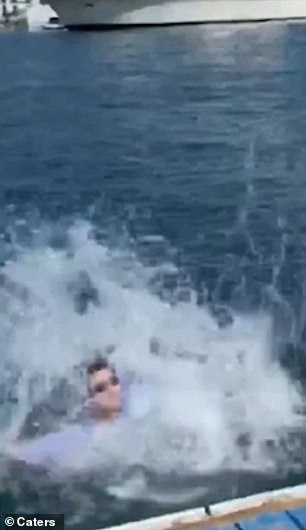 Moments later both Louisa and her cameraman ended up in the ocean, pictured 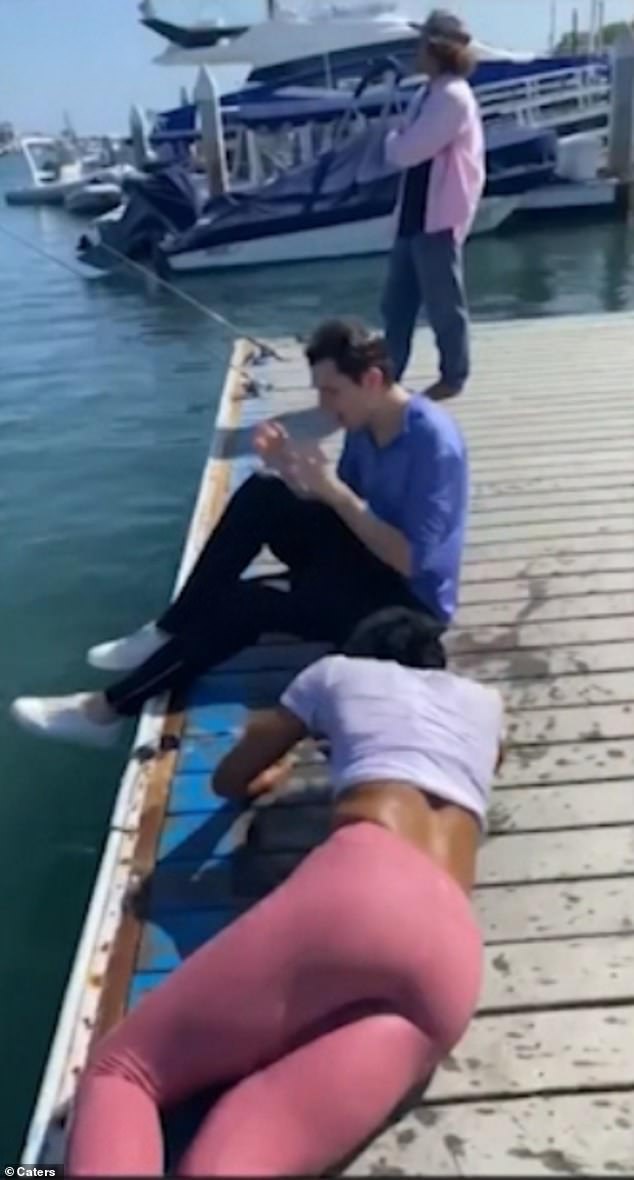 Eventually, the pair, pictured, were able to clamber back on the dock to relative safety

As Bergen attempted to film the escapade, the edge of the dock appeared more precarious until he toppled over the edge and into the water below.

Luckily nobody was injured during the filming of the incident and everyone was able to make their way ashore without too much inconvenience. 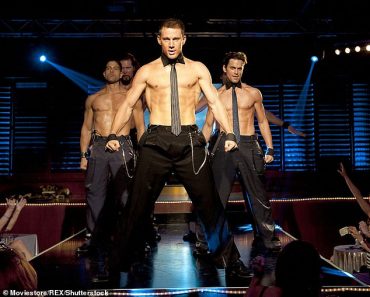