His legion of fans will say it’s a mystery why he has had to wait for so long.

The actor heads a long line of leading lights from the showbusiness world named in the Queen’s Birthday Honours. They include TV cook Mary Berry, who said she was ‘absolutely overwhelmed’ to be made a dame. 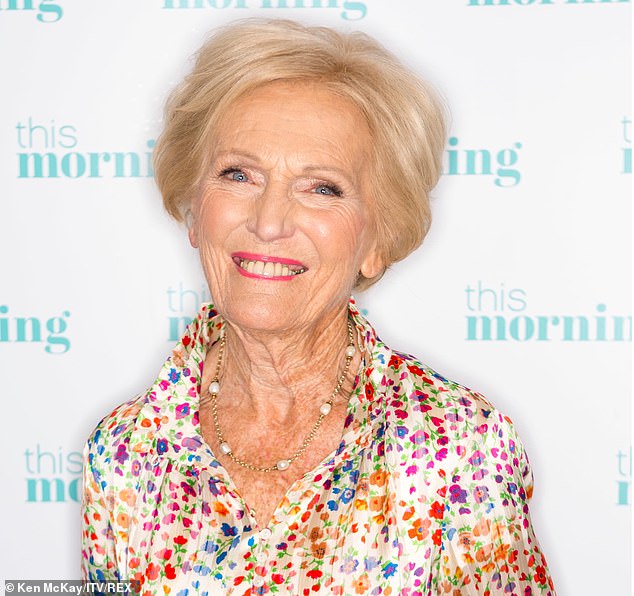 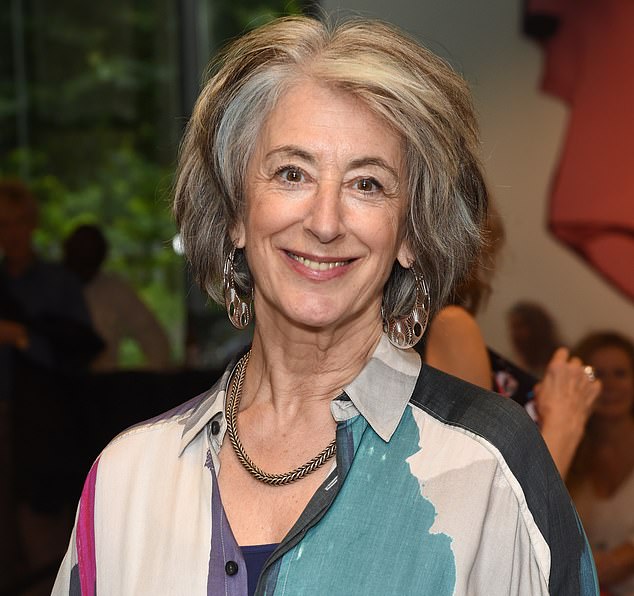 Speaking about his award for services to drama and charity, Sir David said: ‘I feel so very honoured, privileged and full of gratitude to the Queen, my country and my profession.’

He joined the Royal Shakespeare Company in 1973 before making his West End debut in 1987 in Separation. He went on to star in stage productions of Who’s Afraid of Virginia Woolf? and The Importance of Being Earnest.

His many TV appearances include roles in ITV drama Henry VIII, a 2006 production of Dracula, Doctor Who and the recent BBC adaptation of Philip Pullman’s His Dark Materials.

But Sir David – whose older brother is former TV news presenter John Suchet – will forever be remembered for playing Poirot from 1989 to 2013. He received a Bafta nomination for the role in 1991. 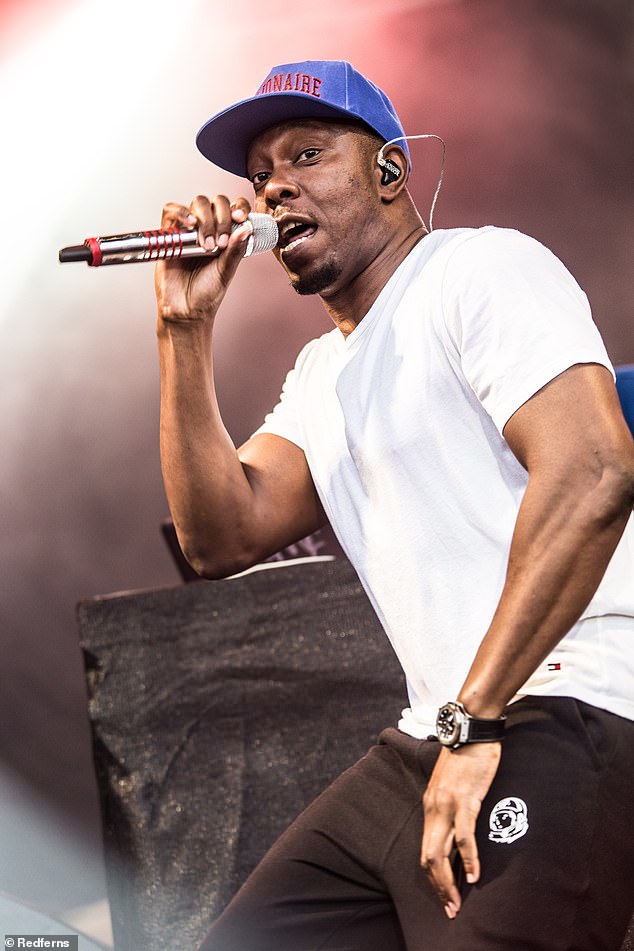 Rapper Dizzee Rascall, pictured, has been awarded an MBE in the birthday honour’s list 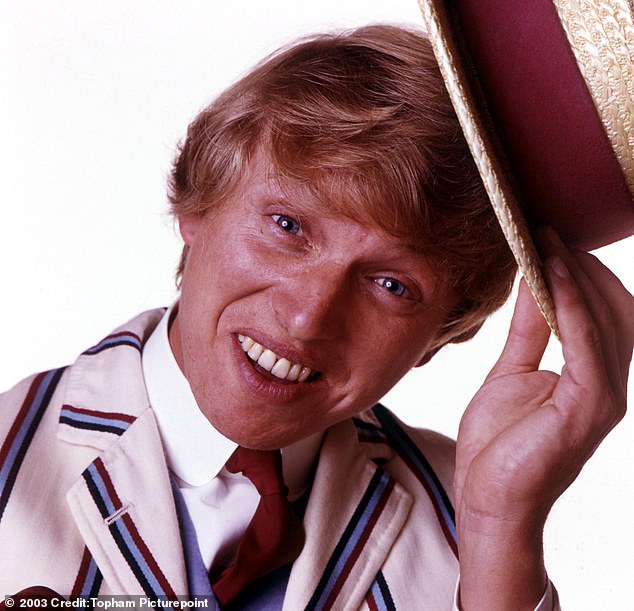 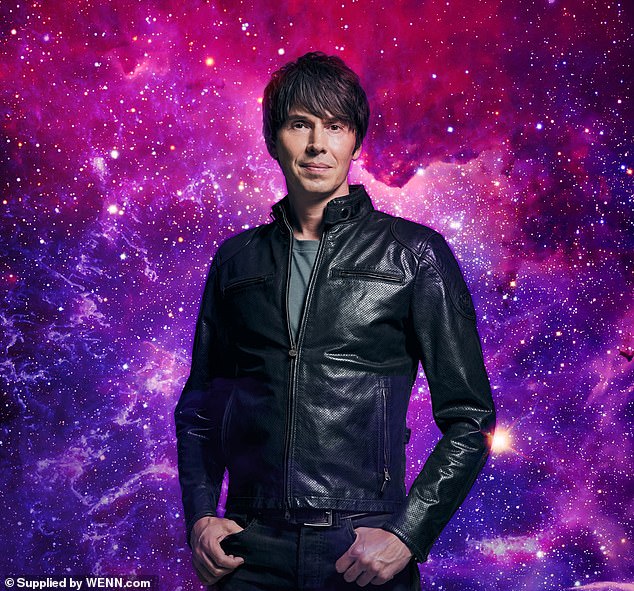 Professor Brian Cox, who once starred in D:Ream and later achieved fame for his work in astro physics has been anointed with a CBE

Another TV star of long standing to be honoured was former Great British Bake Off judge Dame Mary, 85, for services to broadcasting, the culinary arts and charity. She said of the accolade: ‘I am absolutely overwhelmed to receive this very great honour.

‘I just wish my parents and brothers were here to share my joy, as my only achievement at school was just one O-level – in cookery of course! However, I am sure they are looking down and smiling… I will celebrate with my husband and family very soon!’

She has been a familiar face on television, fronting shows including Mary Berry Cooks and Mary’s Absolute Favourites as well as publishing nearly 70 books since her debut, Mary Berry’s Cookbook, appeared in 1970.

Dame Maureen’s award makes her the first dame of Coronation Street, where she is currently playing Evelyn Plummer.

The 74-year-old, recognised for her services to charity, entertainment and the arts, said: ‘I am proud to be honoured by the Queen and country that I love, for doing the work that I love.

‘My grandfather was given the freedom to live and work in the historic and welcoming city of Hull after fleeing persecution in Russia.

‘Two generations later that same city gave me, his granddaughter, a full grant to live and study drama, which led to a rich and rewarding career. It is a wonderful reflection on what, one trusts, is the continuing generosity of this country to the immigrant. So, gratefully, Happy Birthday your Majesty and thank you.’

Dame Maureen’s CV, spanning 50 years, includes everything from a much-loved comedy turn in a BT advert to a supporting role in Oscar-winning drama The Pianist.

Sir Tommy, 83, who is often described as Britain’s first teen idol after he rose to fame in the 1950s, said he feels like he’s living in a ‘showbusiness fairy story’ and added that the accolade is a ‘wonderful thing’. 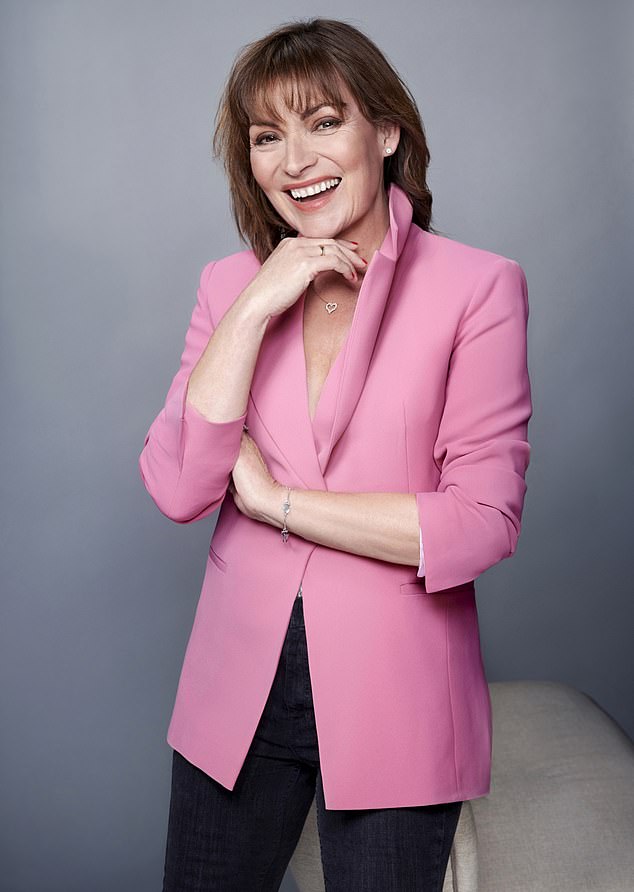 Lorraine Kelly, pictured, is also being rewarded in the Queen’s birthday honours list

Born Thomas Hicks in Bermondsey, south London, he heard the music of Buddy Holly for the first time when a ship he was serving on docked in Virginia in the US, and fell in love with rock and roll.

He became a household name with The Steelmen, who hit No 1 in 1956 with Singing The Blues.

Of the honour he said: ‘I’ve always believed you don’t get anywhere in life without the help of other people and while this great honour came as a great surprise, it is also humbling, as I know many, many people have to support such nominations. So to everyone who helped put this great smile on my face today, many, many thanks.’

Sir David Attenborough, 94, already had a knighthood – but is now also awarded the highly prestigious Knight Grand Cross in the Order of St Michael and St George for his contributions to television broadcasting and conservation.

He said: ‘I am, of course, most honoured that my work should have been recognised in this way.’

ITV presenter Miss Kelly, 60, who is recognised for her services to broadcasting, journalism and charity, said: ‘This is such an unexpected honour.

‘I’m very grateful and humbled. Particularly as I am in far more deserving company – especially all of those frontline workers who are true heroes.’

TV writer Sally Wainwright, behind shows including Happy Valley, Last Tango in Halifax and Gentleman Jack, is awarded an OBE, as is musician Jeff Lynne, 72, of the Electric Light Orchestra.

Rapper Dizzee Rascal, 36, singer Mica Paris, 51, and TV chef Ching-He Huang, 42, are all awarded an MBE. ITV’s medical expert Dr Hilary Jones, 67, said he felt ‘humbled and delighted’ to have been made an MBE. He presents regular health sections on ITV’s Good Morning Britain, and has been dispensing advice about coronavirus.

Joining the list of celebrities who have helped with Covid-19 efforts is rapper Lady Leshurr, 30, who is being awarded the British Empire Medal (BEM) after releasing a song this year reminding people to wash their hands.

Novelist Susan Hill, best known for ghost story The Woman in Black, was awarded a damehood and joked it meant she had ‘caught up’ with friend Dame Judi Dench.

Dame Susan, 78, who also worked as a scriptwriter for The Archers on Radio 4, said: ‘I was very surprised but pleased too, of course.’

Attenborough’s ‘racist’ gong is getting a makeover

The medal awarded to Sir David Attenborough yesterday has been changed following complaints that its portrayal of a black man in chains being crushed by a white angel was racist.

Sir David is to be appointed a Knight Grand Cross of the Order of St Michael and St George, a Commonwealth knighthood honour made personally by the Queen.

Recipients are given an insignia that traditionally featured Archangel Michael trampling on the neck of a prone, dark-skinned man. It is meant to represent St Michael’s triumph over the Devil. 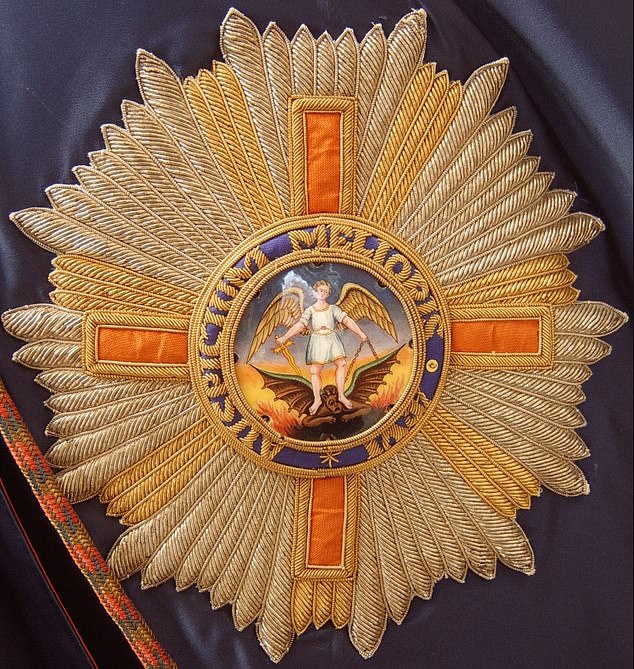 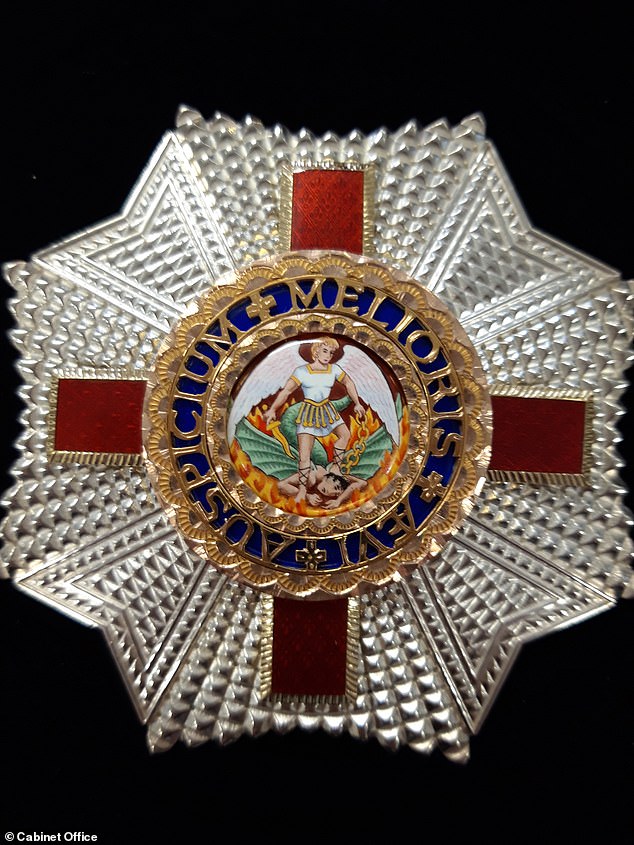 The new version of the medal, on which the Devil has paler skin, means Sir David and the Royal Family avoid huge potential embarrassment.

Following the killing by police of George Floyd, an unarmed black man, in the US earlier this year, more than 20,000 people signed a petition calling for the Order of St Michael and St George gong to be redesigned.

Critics said changing the colour of the Devil did not go far enough because it still resembled the killing of Mr Floyd. In addition to the medal, as a Knight Grand Cross knight – the highest of the Order’s three ranks – Sir David is entitled to wear a separate gold ‘star’ insignia on a cloak worn on ceremonial occasions. This version shows Satan with strikingly black skin.

Sir Michael Palin, who received a similar award two years ago, said the black Satan image was ‘inappropriate and insensitive’. Sir Patrick Allen, governor-general of Jamaica, said he would no longer wear the medal.

The Cabinet Office yesterday said Sir David will be given a new-style medal featuring a white Satan. A spokesman said all versions of the insignia had been changed, including the gold ‘star’.

The Archangel has also been redesigned, displaying a slimmer waist and longer blonde hair, but the Cabinet Office said this did not indicate his gender had been changed to female.

The honour, founded in 1818 by the future King George IV, is awarded mainly for distinguished service to the Commonwealth.

It came as a host of Royal Household staff were awarded honours, including Prince Charles’s long-serving chauffeur, Princess Anne’s ladies-in-waiting and a royal saddler and harness maker.

More than 50 staff have been singled out for merit in the Royal Victorian Order, originally set up by Queen Victoria and given for distinguished personal service to the monarchy.

Knighthoods have been given to the Queen’s Master of the Household, Vice Admiral Anthony Johnstone-Burt, who is in charge of the running of Buckingham Palace, and Jonathan Weatherby, Her Majesty’s representative at Ascot. Leonora, Countess of Lichfield, Araminta Ritchie, and Jane Holderness-Roddam, all ladies in waiting to Anne, have been made Commanders of the Order.

Bella! Ruth Rogers of River Cafe is made a CBE

River Cafe owner Ruth Rogers has been made a CBE for services to the culinary arts and charity.

Jamie Oliver started his career at the fashionable establishment whose regulars include Gwyneth Paltrow, Nigella Lawson and Jemima Goldsmith. 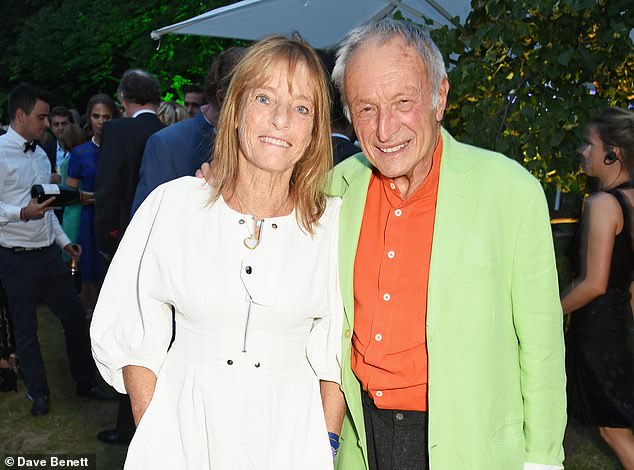 Fashion designer Misha Nonoo, who is believed to have set up Prince Harry and Meghan Markle, is also a fan. Lady Rogers, pictured with her architect husband Lord Rogers, prepared dinner at Miss Nonoo’s lavish wedding to oil tycoon Michael Hess, which was attended by the Duke and Duchess of Sussex.

She has been involved in several charities including StreetSmart, which aims to tackle homelessness, and domestic violence charity Refuge.

The chef, who was awarded an MBE for services to the hospitality industry in 2009, told the Evening Standard in June there had been no ‘silver linings’ to lockdown.

Six Government scientists have received OBEs – despite the possibility their advice might be challenged at a future inquiry into Britain’s virus response.

They have been honoured in recognition of their work during the crisis as part of the Scientific Advisory Group for Emergencies.

But former Brexit secretary David Davis said honouring the Sage advisers was ‘unwise and premature’ given there may be an inquiry. He added: ‘Their advice has been controversial and has sometimes changed and was sometimes wrong.’

Those getting gongs include Professor Calum Semple of Liverpool University, who said that the virus was as deadly as ebola – which has caused thousands of deaths across Africa.

Boris Johnson has committed to an independent inquiry into the handling of the pandemic. The Cabinet Office said the honours were recommended by an independent committee.

Tony Gallagher, a property developer who has given more than £300,000 to the party since 2007, is honoured for ‘services to land development and the property business’.

The businessman is part of the Chipping Norton set centred on the Cotswolds town in the former prime minister’s old Oxfordshire constituency.

In 2016, he hosted a 50th birthday party for Mr Cameron at Sarsden House, his country mansion near Chipping Norton. The two men reportedly got to know each other when Mr Cameron became the local MP.

Billionaire brothers who have just bought the Asda supermarket chain in a £6.8billion deal are both made CBEs. Mohsin Issa, 49, and his brother Zuber, 48, who grew up in a terrace house in Blackburn, built their fortune by creating a global petrol forecourt operator, Euro Garages. 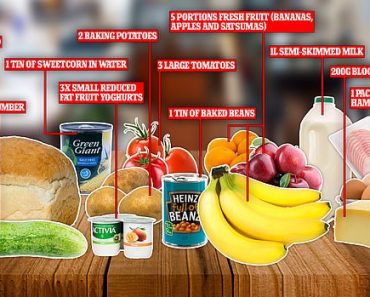 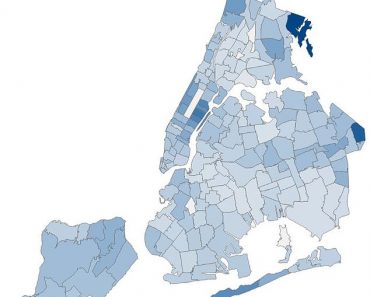 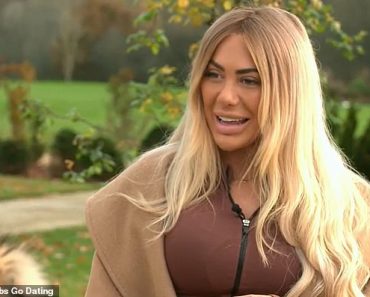 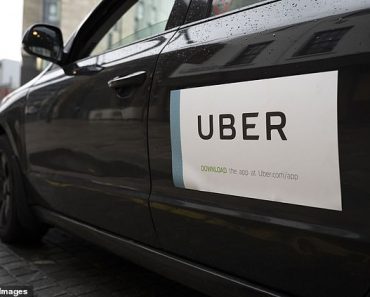