Coronation Street stars Bill Roache and Barbara Knox have returned to filming for the first time since the COVID-19 pandemic.

The ITV soap confirmed on Thursday that the iconic actors were back on set recording scenes for the 60th Anniversary, which will air in December.

Bill, 88, (who plays Corrie veteran Ken Barlow) and Barbara, 87, (Rita Tanner) were among Corrie’s older cast members who were kept at home for their own safety as production resumed following the pandemic.

They’re back! Coronation Street stars Bill Roache and Barbara Knox have returned to filming for the first time since the COVID-19 pandemic

Coronation Street shared a snap of Bill and Barbara back on the soap’s Manchester set, with the caption: ‘Here’s some good news to put a smile on your faces!

‘Coronation Street legends William Roache and Barbara Knox are back filming on the cobbles this week! ⠀

‘Who’s excited to see their return ahead of our 60th Anniversary celebrations?’ 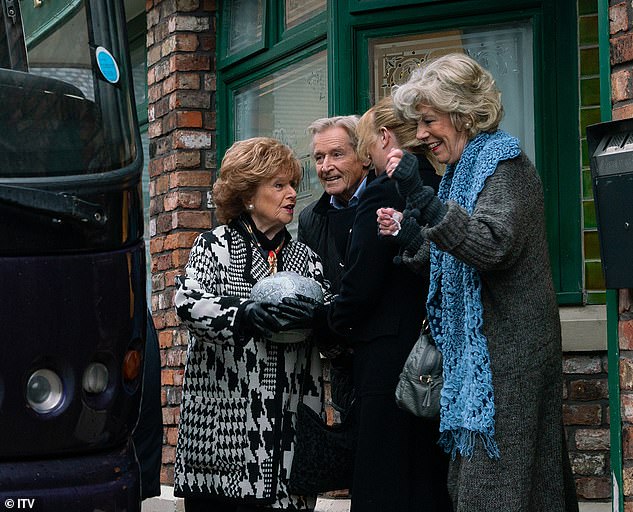 At last! The soap confirmed that the iconic actors were back on set recording scenes for the soap’s 60th Anniversary, which will air in December (pictured on the soap in February)

Corrie’s 60th Anniversary scenes will air in mid-December, though storyline details are being kept under wraps by bosses.

Last month Bill hinted that some of Corrie’s older cast members could return to filming, saying on Good Morning Britain: ‘The over 70s haven’t been called yet, I might be called after August as I’m ready and willing.

‘I hope I’ll be back. I’ve been speaking to my colleagues and they’ve said there’s a lovely camaraderie even with social distancing.’ 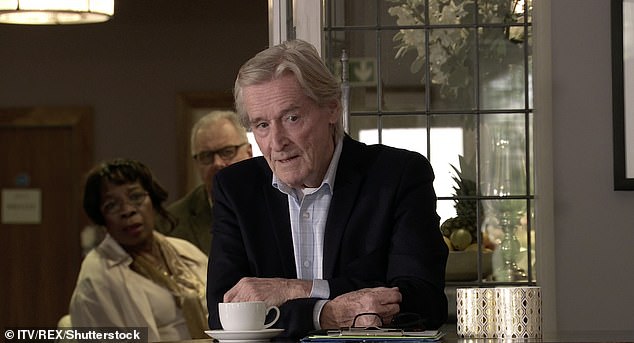 Keeping safe: Bill (who plays Corrie veteran Ken Barlow) was among Corrie’s older cast members kept at home for their own safety during the height of the pandemic

Many of Corrie’s older stars including Barbara, David Neilson (Roy Cropper) and Sue Nichols (Audrey Roberts) hadn’t appeared on-screen since filming resumed after being asked to remain at home for their own safety.

Coronation Street shut down production for several weeks earlier this year when Britain went into lockdown.

Since filming resumed the cast have adhered to strict COVID-19 safety guidelines, with bosses using editing to hide the inclusion of social distancing, and many older stars have now returned to the set. 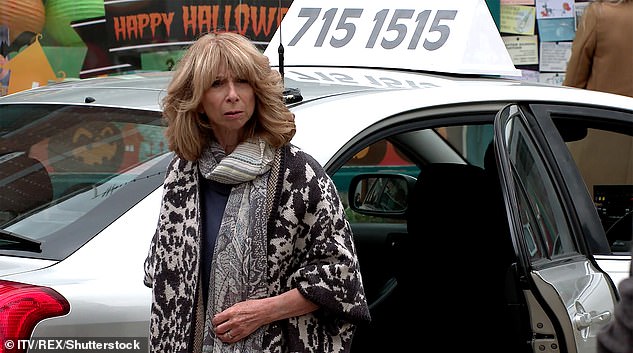 Return: Helen Worth (who plays Gail Platt) recently returned to the soap after being kept at home. Corrie’s 60th Anniversary episodes will air in December