‘Friday is croissant day for Harper’: David Beckham shares picture of daughter tucking into a pastry before posting snap of himself in the Scouts

David Beckham took to his Instagram Stories on Friday to share a sweet snap of his daughter Harper after he treated her to a croissant.

He wrote: ‘Friday is officially croissant day for Harper Seven’ as the nine-year-old posed with the pastry while sitting at home in her school uniform.

And the sportsman, 45, was clearly feeling rather nostalgic that day because he shared a throwback snap of himself from when he was in the Scouts.

‘Friday is croissant day for Harper’: David Beckham shared a picture of his daughter tucking into a pastry on Instagram Stories

Writing ‘dib dib, dob dob’ a young David can be seen with hs arm around a pal while on a camping trip.

The family have got much to look forward to because David’s youngest son Brooklyn, 21, is set to get married to actress Nicola Peltz, 25.

The couple – who announced their engagement in July following a whirlwind romance – will exchange vows in two celebrations on both sides of the Atlantic. 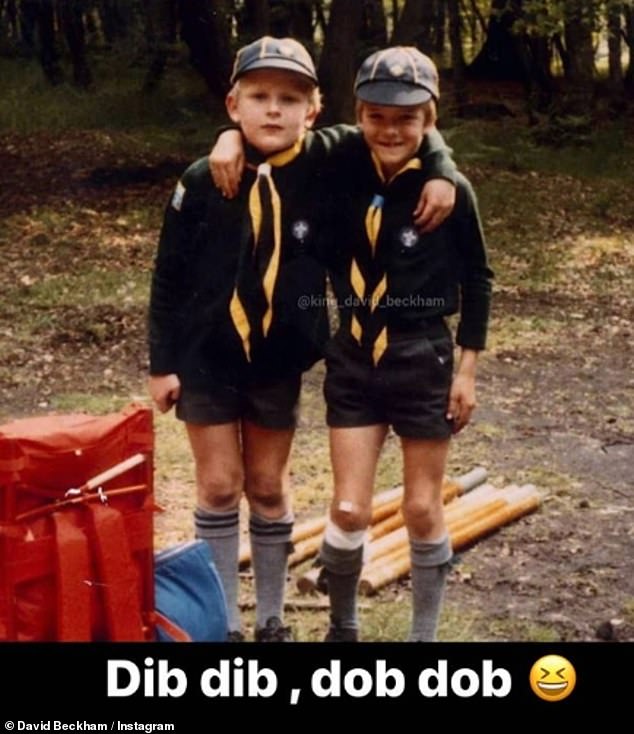 Camping trip: David also shared a throwback snap of himself from when he was in the Scouts (right)

It’s thought that Brooklyn will have his brothers Romeo, 18, and Cruz, 15, as his best men for the ceremony, with proud mum Victoria designing actress Nicola’s wedding gown.

According to The Sun, Brooklyn’s sister Harper, nine, will be chief bridesmaid for Brooklyn and Nicola’s wedding.

The two ceremonies – held in Nicola’s hometown of Florida and the Beckhams’ estate in the Cotswolds – will ensure that both Brooklyn and Nicola’s loved ones can be in attendance. 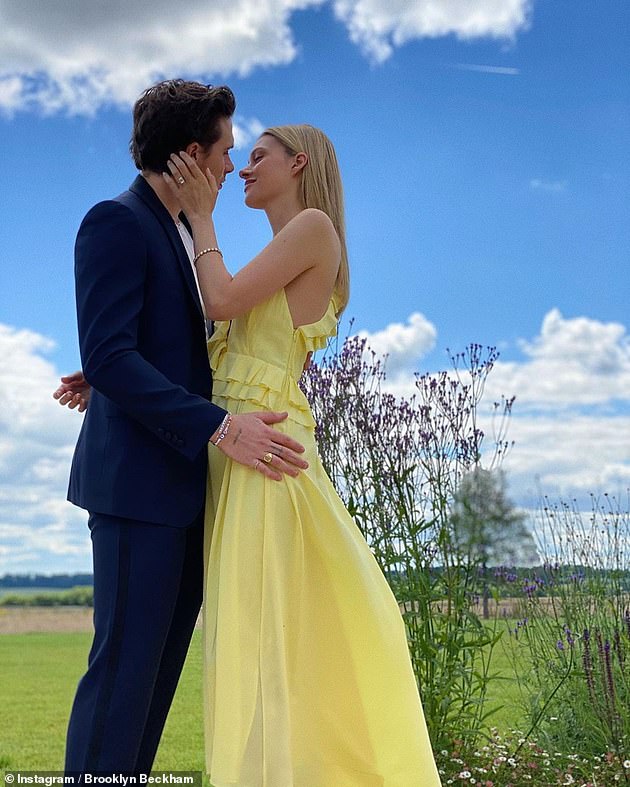 Grand occasion: The Beckhams have much to celebrate as Brooklyn and Nicola Peltz are reportedly set to tie the knot this summer in a star-studded US ceremony

Brooklyn’s father David will act as the master of ceremonies, with his younger sons being best men for the celebration and giving a joint speech at the reception.

A source said: ‘Brooklyn is incredibly family focused, just like his parents, and the boys are so close. They are brothers and best mates.

‘Although many assumed David would get the gig, there was really never any question of who he would choose to be his best men.’

It’s also been reported that Victoria has been given the honour of designing Nicola’s wedding dress.

The insider added that it’s likely to be a sleek minimal design and has even considered designing a suit for the blushing bride.

It’ll be the third big-name design for Victoria, after she created pal Eva Longoria’s dress in 2016, followed by a dress worn by Meghan Markle on Christmas Day. 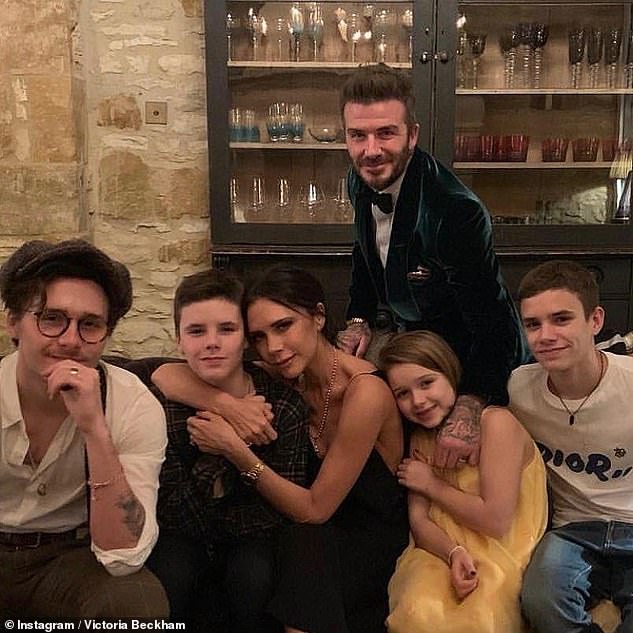 Grand: The couple will reportedly marry in two celebrations on both sides of the Atlantic with Brooklyn’s brothers Romeo and Cruz as best men and sister Harper as chief bridesmaid 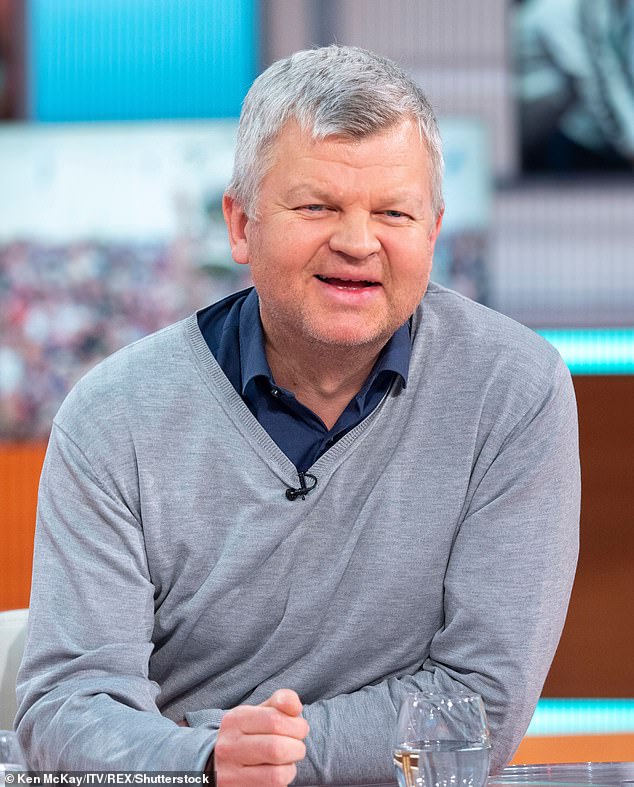