It may cost a bomb… but it will protect you from one! London home that was once a nuclear bunker and is now billed as a ‘Covid refuge’ goes on sale for £10million

Its concrete walls are thick enough to withstand a 500lb bomb and its massive steel doors were built to repel all Cold War intruders.

Now this vast nuclear bunker is being sold as a luxury refuge from a very different threat: Covid.

Seafield House in North London, used to be a bunker for military commanders during the Cold War, now it’s a £10million home 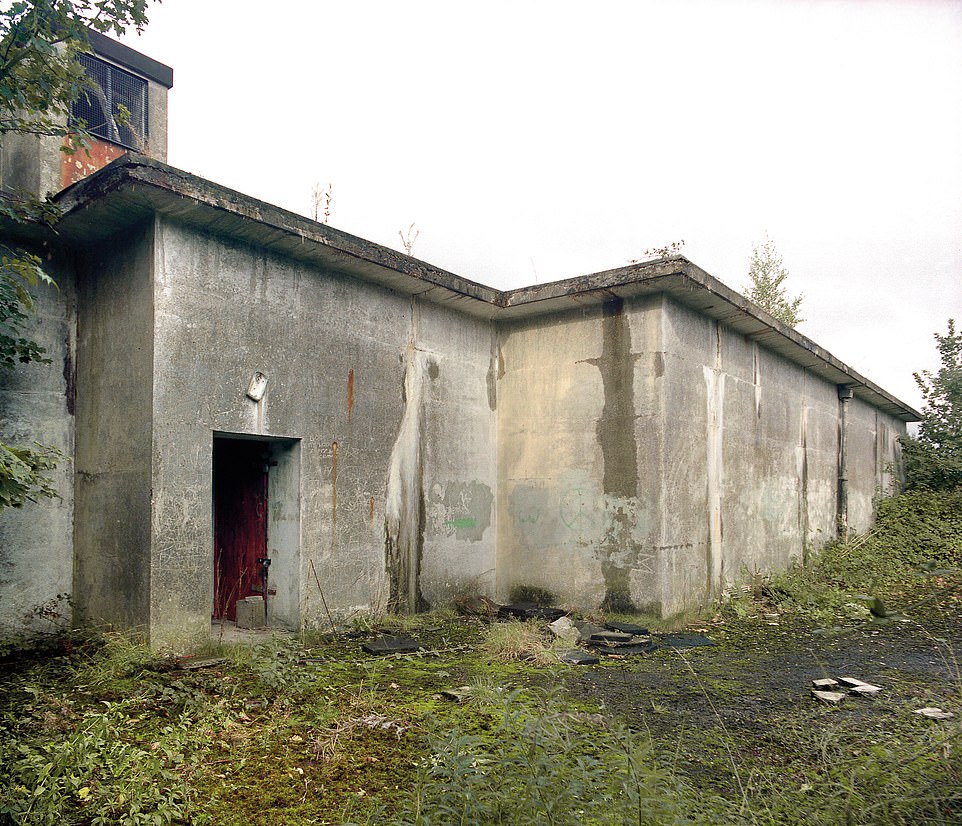 The bunker was one of four ‘civil defence war rooms,’ in London, with space for 50 staff and steel blast doors to protect them

In the early 1950s, Seafield House in Mill Hill was one of four ‘civil defence war rooms’ for London – the place where military commanders hoped to live through a nuclear attack.

Behind the blast doors there was room for 50 staff to live and sleep.

There were communications rooms to bring in news from outside and a ventilation system to filter radioactive fall-out. 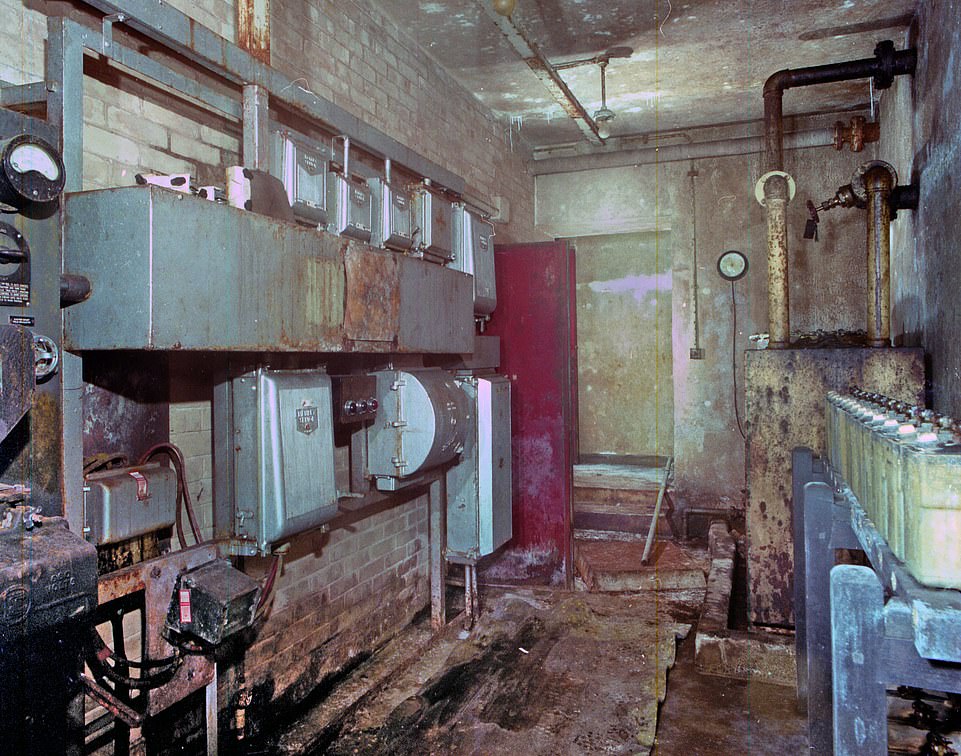 Because of its history as a former nuclear bunker, the multi-million pound home has been billed as perfect for a playboys, secretive businessmen or even celebrities looking to dodge the paparazzi 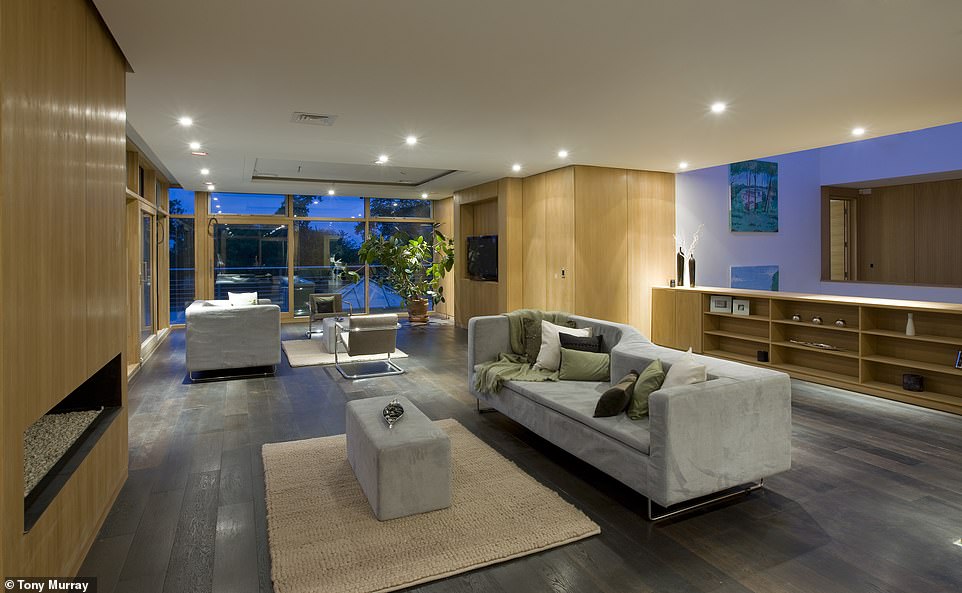 After an incredible makeover, the home now boats five bedrooms, six bathrooms, two kitchens, a cinema, a sauna and a pool 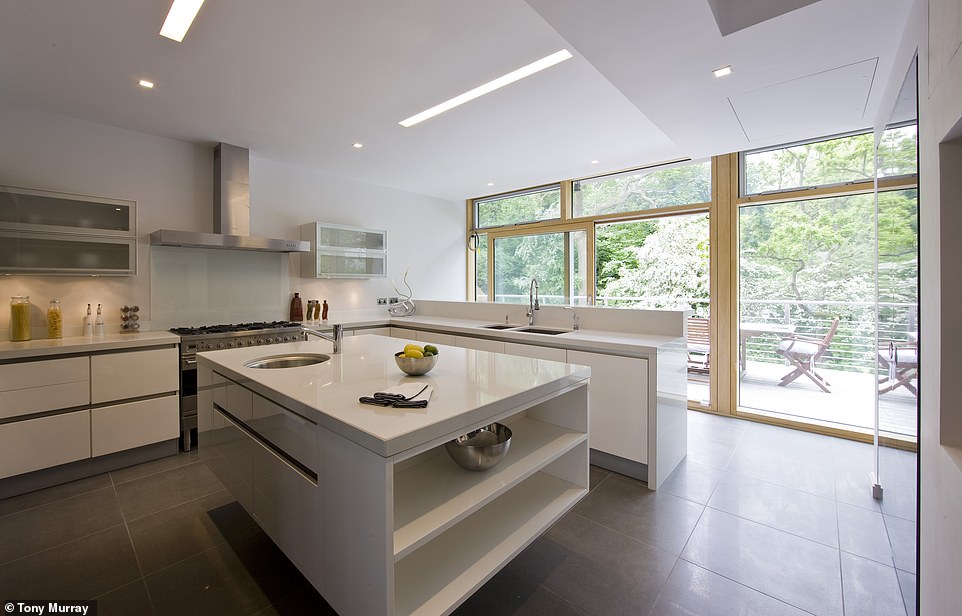 The former bunker boasts two sprawling kitchens, with space to eat outside for families – a far cry from its days as a shelter 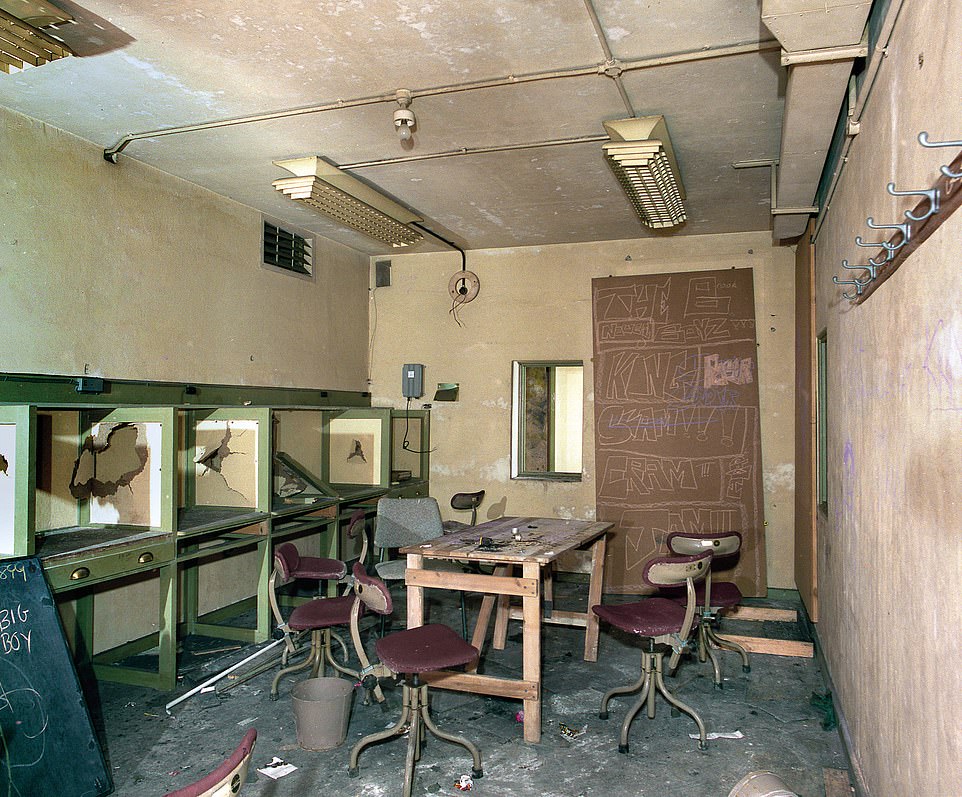 The building, originally made to serve military commanders in the event of attack, became run down and the victim of vandals

Thanks to a ‘grand designs’ refurbishment, it is now fit for a luxury lockdown –with five bedrooms, six bathrooms, two kitchens, a cinema, a sauna and a 30ft pool.

But despite it having doubled in price since then, there are signs the present owner isn’t wild about the neighbourhood.

The property description reads: ‘In a dull north-west London suburb with nothing on offer.’ 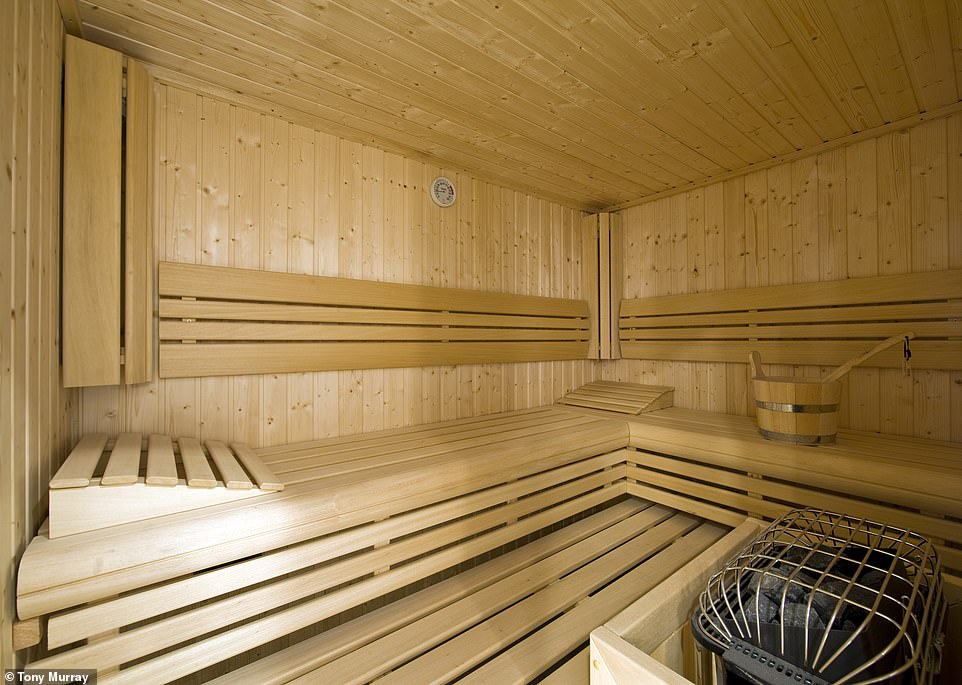 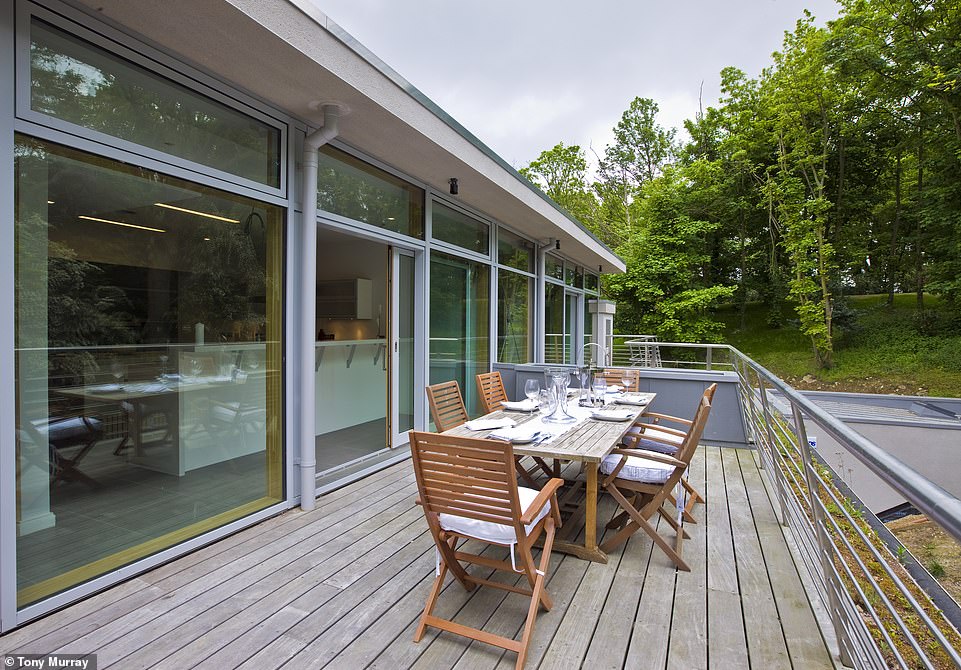 Despite being in a ‘dull’ part of North London, the transformed home boasts scenic views from its outdoor eating area 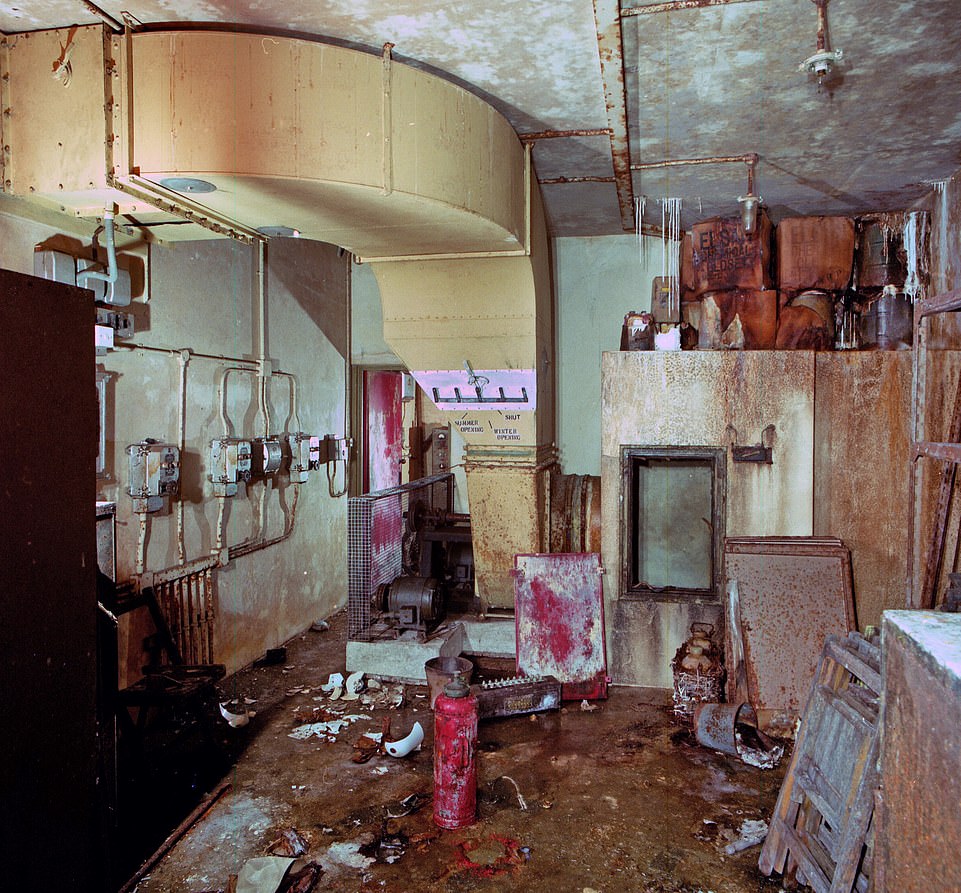 The bunker originally went up for sale for £4.5million, its value has more than doubled since, but the seller doesn’t seem to fond of the area, describing it as a ‘dull north-west London suburb with nothing on offer’ 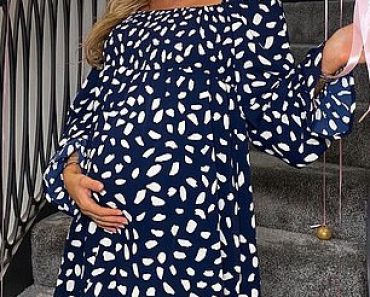