Professor Graham Medley, an infectious disease specialist at the London School of Hygiene and Tropical Medicine, was one of the first scientists to insist Britons need to change their behaviour to control the virus back in March.

Professor Graham Medley, an infectious disease specialist at the London School of Hygiene and Tropical Medicine, was one of the first scientists to insist Britons need to change their behaviour to control the virus back in March

Speaking to  BBC Newsnight when Britain’s death toll stood at just 10,  Professor Medley said it will be too late to start reacting when the death toll begins to soar – and people should take it seriously early on

He said said his ideal way to process the outbreak would be to quarantine all vulnerable people in the north of Scotland and push everyone else into Kent and ‘have a nice big epidemic’ there so people could get it over with and become immune to virus, then bring society back together.

Admitting that was not possible, he said slowing down the outbreak and spreading cases out over a long period of time would be the best way to handle it.

Professor Medley said herd immunity – letting people become infected so they are no longer vulnerable – was only viable path through the health emergency.

He said lockdown would not steer the country out of the pandemic – only prevent a short-term spread – but would bring the economy to its knees.

He also claimed mounting unemployment, domestic violence and burgeoning mental health issues could be widespread if the normal functioning of society remained paralysed.

And in May – ahead of the Government’s plan to reopen schools one month later – Professor Medley said the UK government’s scientific advice is made up of ‘educated quesswork’.

In a recording obtained by the Daily Telegraph, he said: ‘At the moment, we’re having to do it by making educated guesswork, and institution and experience, rather than being able to do it in some kind of semi-formal way.

In June, Professor Medley – who was also the chair of pandemic modelling committee SPI-M – also slammed Boris Johnson and top ministers claiming they didn’t take the threat of Covid-19 seriously until the crisis spiralled out of control.

He said scientists made it clear the virus ‘was going to cause an awful lot of death and disability’ early on.

But he spoke of his frustration at watching senior politicians ‘behaving in a way that suggested this was not something that was too serious’.

In August, he said shutting pubs again to allow schools to reopen might be necessary as a ‘trade-off’ to stem a possible rise in coronavirus cases caused by 10 million children returning to the classroom.

He said most people would prioritise ‘the health and wellbeing of children’ over going to the pub.

In September,  Professor Medley warned that Britain could be struck with 100 coronavirus deaths a day in three to four weeks.

He claimed the triple-figure toll was ‘inevitable’ as the virus remains dangerous to the community.

He arrived at the figure assuming a virus death rate of one per cent and 10,000 new infections being reported every day.

He told BBC Radio 4: ‘Even if (the death rate) is 0.8 per cent, which I think would be a great success in terms of treatment, it still means that we are going to see deaths increase.’ 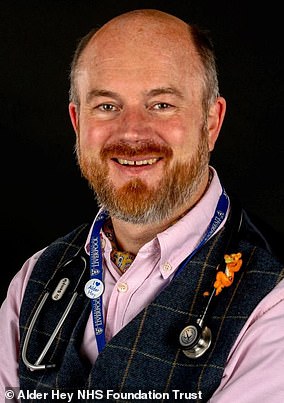 Professor Calum Semple is a Professor in Child Health and Outbreak Medicine at the University of Liverpool and a Consultant Respiratory Paediatrician at Alder Hey Children’s Hospital.=

Professor Calum Semple is a Professor in Child Health and Outbreak Medicine at the University of Liverpool and a Consultant Respiratory Paediatrician at Alder Hey Children’s Hospital.

Alongside his doctoral research in clinical virology, he was awarded with an NIHR National Clinician Scientist Award in 2002.

The academic, whose research area lies in bronchiolitis and influenza, is the Senior Clinical Editor of the journal Influenza and Other Respiratory Viruses.

In 2016, Professor Semple was awarded with the Queen’s Ebola Medal for Service in West Africa.

In April, Professor Semple urged Britons to get it their heads’ just how lethal coronavirus is.

He said while coronavirus infects many more people than Ebola, they have similar fatality rates when the illnesses lead to hospitalisation.

He said at the time: ‘It’s a common misconception, even today, that Covid is just a bad dose of the flu.

‘Coronavirus is a very serious disease, the crude hospital case fatality rate is of the same magnitude as Ebola.

‘If you come into hospital with Covid disease and you’re sick enough to be admitted – and you have to be pretty sick these days to be admitted – the crude case fatality rate is sitting somewhere between 35 to 40 per cent.

‘That’s the same case crude case fatality rate for someone admitted to hospital with Ebola. People need to hear this and get it their heads.

Around the same time that children were returning to School in September, Professor Semple reassured parents that their offspring will not be put in danger.

He said: ‘Severe disease is rare and death is vanishingly rare.

‘They should be confident that their children are not going to be put at direct harm by going back to school and we do know that they are harmed by being kept away from school because of the lack of educational opportunities, and that’s affecting mental health.’

Professor Semple slammed Boris Johnson’s 10pm curfew – which came into play last month – as not enough to curb the spread of the coronavirus.

He said the measures will ‘have to go further’ to halt Britain’s rapidly growing outbreak.

And he said tougher restrictions are likely to be needed for the hospitality sector.

He told BBC Radio 4’s Today programme: ‘In time, it will probably have to go further than a 10pm curfew and table service only.’

He also warned that ministers may have to consider ‘restricting inter-mingling between households’.

He said new measures needed could include keeping people away from the office.

Professor Semple added: ‘I think the Rule of Six has been tried, it’s not had time to kick in yet, but based on the numbers I’m seeing, it doesn’t go far enough.

‘The epidemiologists and scientists that I work with, and I’m not just talking about the ones on SAGE, I’d say there’s hardly a cigarette paper’s thickness between what we feel about this.

‘The time to act is now, we are in a serious situation, and the numbers that are rising are tracking the current worst case scenario.’

This month, he recommended that a short national lockdown should be considered to slow the virus. 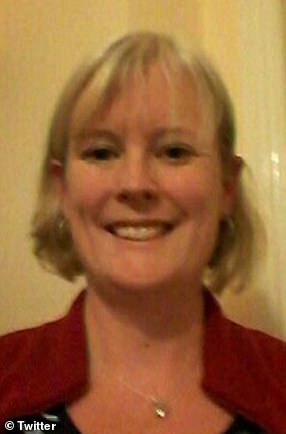 The academic graduated with a first class degree in Mathematical Engineering from the University of Leeds in 1996.

After completing her PHD, the professor joined the university’s School of Civil Engineering in 2002 as a postdoctoral researcher and was appointed as a lecturer in 2007 and then promoted to Chair in 2014.

Professor Noakes, who was promoted to chairwoman in 2014, is a a member of the University Gender Oversight group.

In May, Professor Noakes told the Science and Technology Select Committee that there was very little evidence of outdoor transmission of the virus.

She added: ‘The chances of you being able to inhale enough in an outdoor environment is very, very small.’

But she said that the two-mete rule was not over-precautionary because there was evidence of virus transmission within that distance.

Prof Noakes added: ‘It may be over-precautionary but actually it’s not, particularly when you are face to face with somebody.

‘There’s certainly evidence that people within two metres are able to be affected.’

Then in June, she said coronavirus transmission was still too high in Britain to relax the social distancing two-metre rule.

Professor Noakes, an expert on airborne infection at University of Leeds, told The Times: ‘There are too many cases in the community for us to consider going below two metres.’

‘There is transmission happening already, when we’ve been applying the [two-metre] distancing. If we reduce it, essentially, you double the risk.

‘Where you have a poorly-ventilated room and someone is four metres away – if there’s a high viral shedder in that room, that could cause an infection.’ 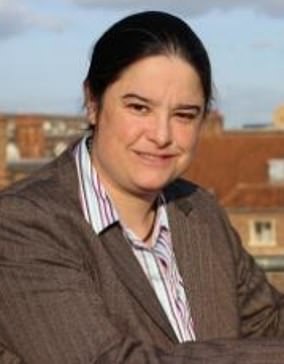 A mathematician and Professor of Mathematical Biology at the university of Cambridge, Professor Julia Gog’s specialist research is into infectious diseases like influenza

A mathematician and Professor of Mathematical Biology at the university of Cambridge, Professor Julia Gog’s specialist research is into infectious diseases like influenza.

Her work from years past may already have helped save lives by influencing the early focus on handwashing.

She was involved in a 2017 involving Cambridge and the BBC which simulated the spread of a virus if people carried on live as normal.

It found that the number of people who caught the virus within 100 days could be slashed from 42million to 21million if people washed their hands an extra five to 10 times a day.

Dr James Rubin is an academic psychologist and Reader in the Psychology of Emerging Health Risks at King’s College London.

His work tries to understand how people perceive potential health risks and how this can have an impact on their behaviour and wellbeing. 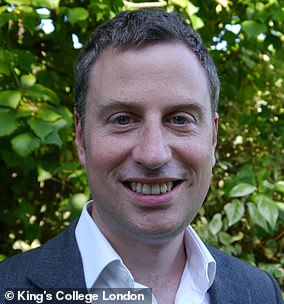 His research has led to him being invited to work with UK, EU and World Health Organisation bodies and also seen him work as an honorary non-medical consultant with the Emergency Response Department, Public Health England.

Professor Rubin has looked at the reactions displayed by humans to health risks including biological and chemical terrorism and the pandemic influenza.

In April, Dr Rubin said the British public has a right to know how ministers intend to end the coronavirus lockdown.

He told MPs transparency about the route back to normal life was needed in order to maintain public trust in the ‘difficult and costly’ social distancing restrictions.

He suggested a failure to be clear with the nation about the way forward risked backfiring because it is ‘very important that people have their expectations set on this’. 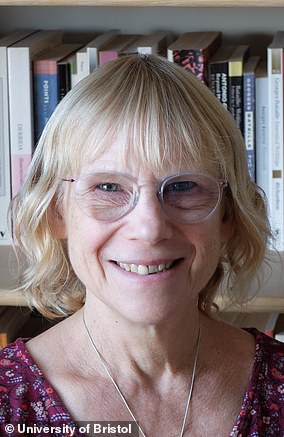 She studied for her undergraduate degree in psychology at the University of Southampton before going on to pursue a master of science in audiological science.

The professor is a National Institute for Health Research Senior Investigator and also a Director of the LifeGuide Research at the University of Southampton.

In 2010, she was awarded the title of Academician of the Academy of Social Sciences.

In May, Professor Yardley warned that people exposed to a higher dose of coronavirus are more likely to fall critically ill.

Shes said evidence shows ‘viral load’ plays a big role in how sick someone will become.

This explains why so many healthcare workers – who come into face-to-face contact with gravely ill patients – have fallen victim and died from the disease, she said.

In June, she suggested that Britons tracked down by contact tracers should be put up in quarantine hotels to clamp down on the tens of thousands of people flouting coronavirus self-isolation rules.

She warned the Government’s Test and Trace programme could fail because of low compliance and suggested putting suspected cases in dedicated hotels where they are far more likely to comply, as has been done in South Korea, India and some parts of South America.

She told the BBC: ‘I think it is a real problem that people are trying to follow top-down rules that are changing all the time and are different in different places and in different organisations.

‘We need less rule following and more working together to work out, in your individual situation, what is the best way to minimise the risk to the people around you.’ 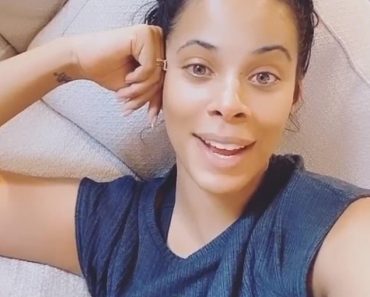 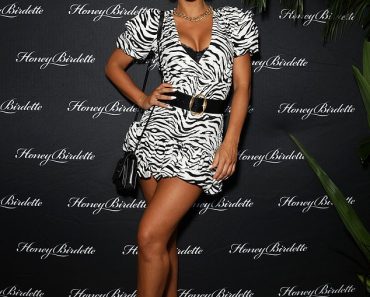 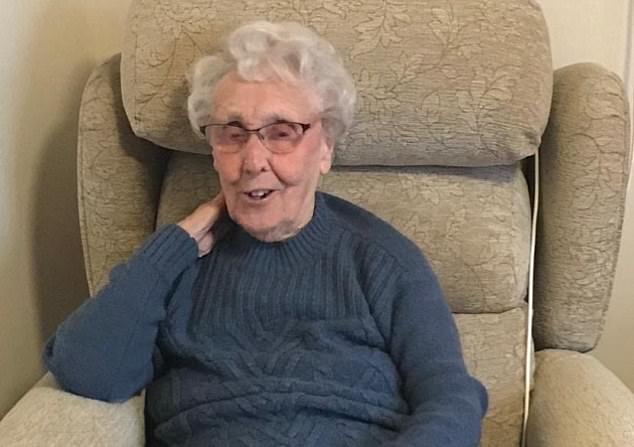