‘She will have surgery today, so it’s serious’: Studio 10’s Denise Drysdale is hospitalised after suffering a fall

Denise Drysdale was hospitalised on Thursday after suffering a fall.

Sarah Harris broke the news of the 71-year-old’s injury on Studio 10 on Friday, confessing the news of her fall had come as a ‘shock’.

‘She will have surgery today, so it’s serious,’ the 39-year-old TV host added.

Get well soon: Denise Drysdale (pictured) was hospitalised on Thursday after suffering a fall. Sarah Harris broke the news of the 71-year-old’s injury on Studio 10 on Friday

While it’s not known exactly what sort of injuries Denise sustained in the fall, Sarah revealed she’d ‘hurt herself in a couple of places’.

But entertainment reporter Craig Bennett assured fans that the veteran TV personality was ‘going to be okay’.

‘She’s wound up doing herself a terrible damage. She’s in hospital now,’ he added.

Craig said he’d had ‘a lovely chat’ with Denise shortly after her fall, and confessed she was feeling down after sustaining multiple injuries.

He said she’d been filming a ‘mystery project’ when she ‘took a tumble’ and needed to be hospitalised.

Sarah revealed that the beloved media personality had ‘hurt herself in a couple of places’, but didn’t elaborate.

‘She’s about to be wheeled into surgery to have certain body bits fixed up,’ added Craig.

Her fall comes on the back of a series of health issues in recent years, including a knee replacement surgery almost two years ago, and a blindness scare last year.

Daily Mail Australia has reached out to Network 10 for comment. 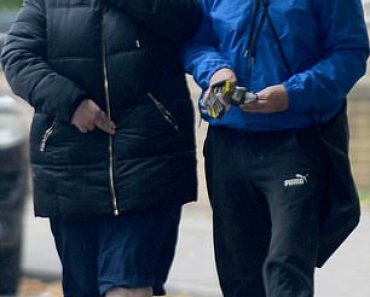