The Amazing Race Australia resumed filming in Queensland this week, months after production was temporarily shut down.

According to The Daily Telegraph, filming commenced after production staff and the contestants completed a two-week hotel quarantine.

The Channel Ten series was localised due to travel restrictions amid the coronavirus pandemic.

Back to work: The Amazing Race Australia has resumed filming in Queensland after Channel Ten shut down production over coronavirus fears. Pictured host Beau Ryan

Production of The Amazing Race was suspended earlier this year due to coronavirus fears.

In August, the show’s host, ex-NRL star Beau Ryan, confirmed the new teams had been cast and filming was going to commence.

‘Luckily, we’re still doing the show. We’re going soon, but I can’t say when,’ Beau told Daily Mail Australia at the Stan Originals premiere for I Am Woman. 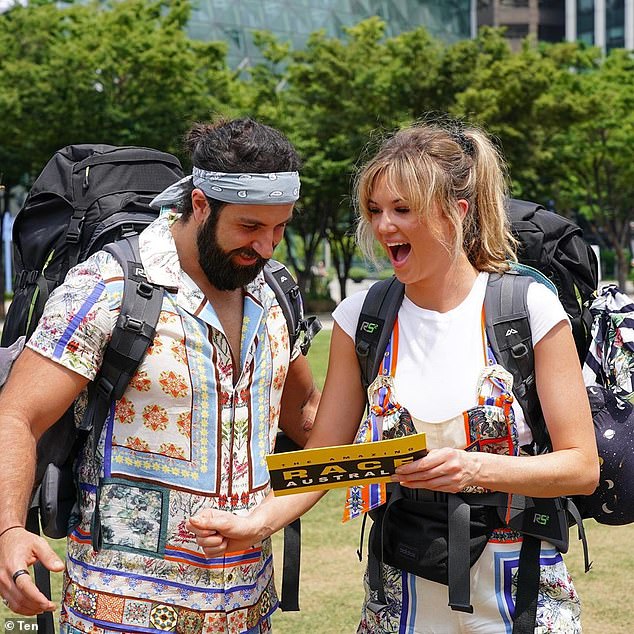 New series: The Channel Ten series was localised this year after international travel was off the cards because of the coronavirus pandemic. Pictured Sidney Pierucci and Ashley Ruscoe

A Channel 10 spokesman told Daily Mail Australia at the time: ‘The welfare of cast and crew is of the upmost importance and all necessary measures will be taken to ensure their protection.’

They remained confident Australia’s ‘tropical rainforests, [the] arid red desert of the outback and cool mountainous hinterlands’ would prove an entertaining challenge. 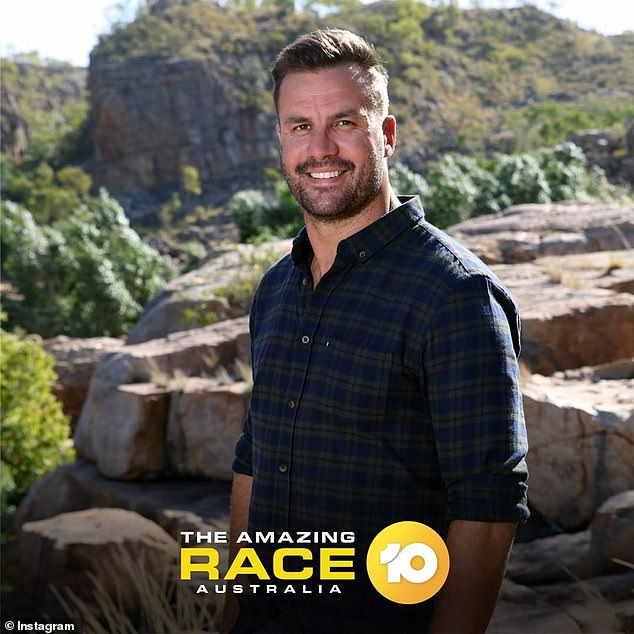 Suspended: Production of The Amazing Race had been suspended earlier this year due to coronavirus fears

‘The sheer vastness and contrasting environment of Australia will create a unique and challenging backdrop to the most amazing race on earth,’ the spokesperson said.

Newlyweds Tim and Rod Sattler-Jones were crowned the winners during the race’s final leg in Africa. 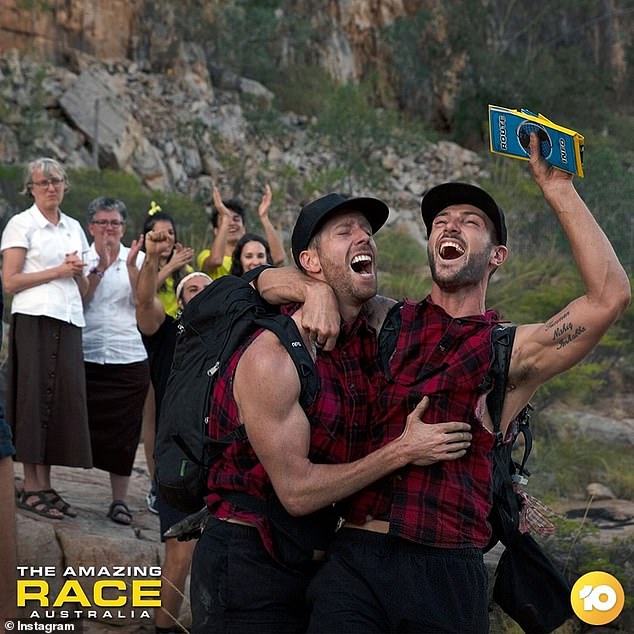 Winners! Last year, newlyweds Tim and Rod Sattler-Jones were crowned the winners during the race’s final leg in Africa 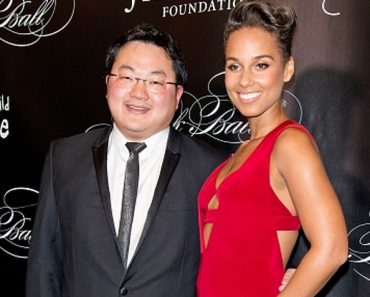