Home
News
Tory councillor, 40, among first in Britain to be arrested under ‘upskirting’ laws denies voyeurism
Prev Article Next Article

Tory councillor, 40, who was one of the first in Britain to be arrested under new ‘upskirting’ laws over ‘taking illicit snap in TK Maxx’ denies voyeurism

Lee Hawthorne, 40, pleaded not guilty to the charge of voyeurism

A former Conservative councillor who was one of the first in Britain to be arrested under new ‘upskirting’ laws has denied voyeurism.

The charge alleges that he operated a mobile phone beneath another person to observe their genitals, buttocks or underwear, without their consent, ‘for the purposes of obtaining sexual gratification’.

It relates to an alleged incident of upskirting at TK Maxx in Northgate Street, Gloucester, on June 27 last year.

He has since resigned from his position on Gloucester City Council. 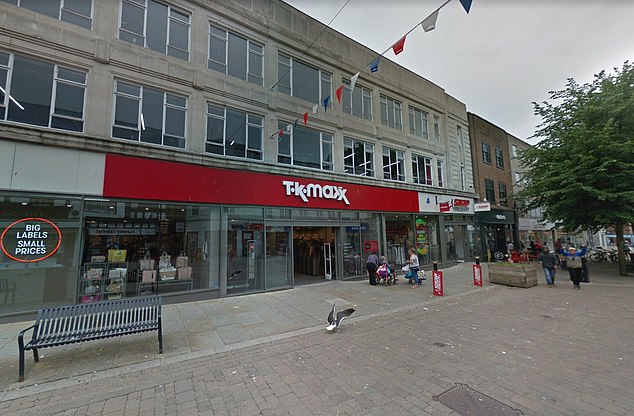 The charge relates to an alleged incident of upskirting at TK Maxx in Northgate Street, Gloucester, (pictured) on June 27 last year

‘Your case is adjourned for trial and that will be on April 14. You will remain on bail and you must attend on April 14,’ he said.

Hawthorne was arrested following a police appeal and subsequently suspended from the Conservative city council group.

He continued to sit as an independent councillor until his resignation.

What is the law around upskirting?

She battled for the new law for 18 months after after two men took a picture up her skirt at a festival in 2017.

Upskirting is defined as taking an image or video up somebody’s clothing in order to see their genitals or underwear.

Previously, anyone in England and Wales who fell victim to the cruel craze could explore possible convictions for the likes of voyeurism, public disorder or indecency.

A conviction at magistrates’ court would carry a sentence of up to one year in prison and/or a fine.

A more serious offence, tried in the crown court, would carry a sentence of up to two years in prison.