By Claire Ellicott Political Correspondent For The Daily Mail

Boris Johnson has threatened to quit negotiations with Brussels if a trade deal is not in sight next week.

No Deal would hit Belgian fisherman because they would face being unable to fish along the UK coast. And yesterday it emerged they are planning to invoke a charter from 1666 giving them eternal access to British waters.

Belgium will invoke an ancient charter granting its fishermen access to UK waters if Brexit talks fail. A fishing vessel is pictured above on the English Channel

‘Our goal is to reach a negotiated deal,’ a spokesman for Flemish fisheries minister Hilde Crevits told Belgian radio.

The reference is to a charter by Charles II who granted 50 men of Bruges the right to fish UK waters ‘for eternity’.

Flanders has sent a copy of the charter to Michel Barnier, the EU’s chief negotiator, who has vowed to protect historic fishing rights and coastal communities, according to the Daily Telegraph.

The European Commission said it had received and would reply to the letter but refused to comment further. 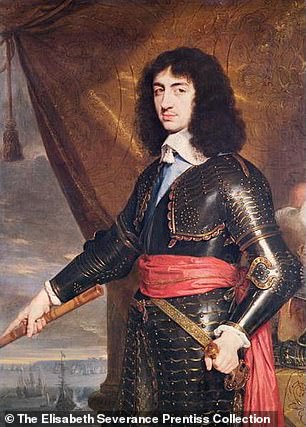 A UK Government spokesman said: ‘We suspect that the United Nations Convention for the Law of the Sea might supersede this charter.’

Face-to-face discussions on a trade deal were held between Mr Barnier and UK negotiator David Frost yesterday without any breakthrough.

A Downing Street spokesman said: ‘We have had useful discussions this week.

‘Progress has been made in some areas, however there still remains differences on some important issues. We continue to want a free trade agreement but it is important we can agree on some issues.’

Talks are due to begin again in London next week with time running out for a deal ahead of an EU summit on October 15.