The Haunting Of Alma Fielding

Kiss Myself Goodbye: The Many Lives Of Aunt Munca

Reading these two extraordinary books, the chorus of The Beatles’ song Eleanor Rigby kept floating into my head.

All the lonely people

Where do they all come from?

All the lonely people

Where do they all belong?

Both stories revolve around the first half of the 20th Century – recent history, you may think, but the truth behind the lives of the two heroines, or anti-heroines, would have been lost beneath the sands of time if it were not for the dogged detective work of two remarkable authors. 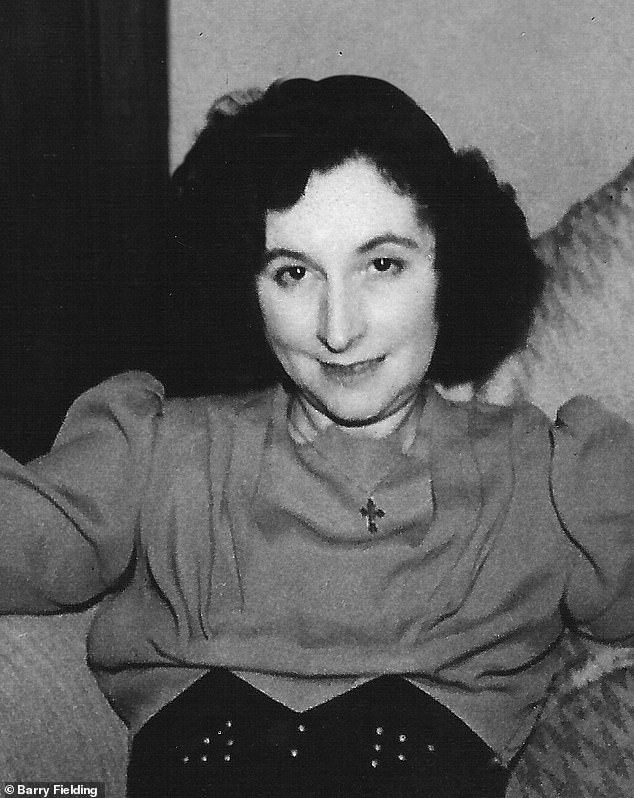 In early 1938, Alma Fielding (above), a 34-year-old housewife contacted the Sunday Pictorial, which was running a series on recent sightings of poltergeists

The life of Alma Fielding was outwardly the most dramatic. In early 1938, this 34-year-old housewife contacted the Sunday Pictorial, which was running a series on recent sightings of poltergeists.

Her description of the goings-on at her modest home in Croydon, South London, made it sound like Poltergeist Central. Glasses were shattered, a pot of face cream had flown across a corridor, a sharp tin-opener had zipped through the air at head height, and a giant chunk of coal had risen from the grate and smashed against the living-room wall.

As Kate Summerscale puts it, with characteristic pithiness: ‘The house seemed to be under siege from itself.’ 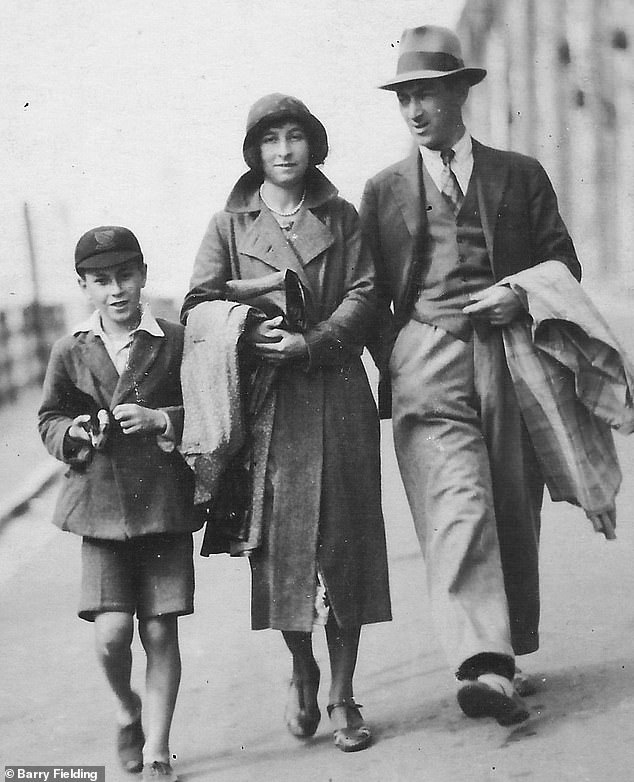 The Haunting Of Alma Fielding is expertly told, with all the twists and turns of a chilly novel by Wilkie Collins or Barbara Vine

Over the course of a few days, the wreckage increased. The final tally was 36 tumblers, 24 wine glasses, 15 egg cups, five teacups, four saucers, a salad bowl, two vases, a water jug, a milk jar and a pot of face cream.

Into this scene came the stolid figure of Nandor Fodor, a Hungarian ghost-hunter, sent to investigate the mayhem by the International Institute for Psychical Research. Having once been a firm believer in ghosts, Fodor was beginning to lose faith.

He had too often been taken in by people who turned out to be charlatans.

One such charlatan was Hylda Lewis, who told Fodor details of his family life and appeared to give birth to an ever-increasing bunch of roses and hyacinths and snowdrops during a seance.

But, on closer investigation, it turned out that she was a switchboard operator, and so had eavesdropped on Fodor’s phone calls. Furthermore, a private detective who followed her spotted her buying all the flowers from shops on the way to work.

Another case involved Fodor travelling to the Isle of Man to investigate Gef, the talking mongoose, who could apparently speak several languages, and was abusive in all of them.

In Dundee, photographs of a ghost haunting a railwayman’s house turned out to be pictures of the railwayman himself, covered in a white sheet.

But Alma seemed different from the rest. Fodor spent a lot of time with her, witnessing a procession of weird happenings in her presence, often involving animals and objects – a white mouse, a stick of rhubarb, a burning hot necklace, a bird, a terrapin – appearing from nowhere.

Before long, Fodor became convinced that Alma was the real thing. ‘There has not been a truer ghost story than this one for many years,’ he reported back to the Psychical Research institute, adding that it was ‘a genuine and amazing case of the supernormal’.

But, bit by bit, he began spotting chinks in Alma’s performances. At the same time, he was becoming increasingly aware of obscure forces from her past – psychological ghosts, if you will – that might be propelling her into these extraordinary displays.

The Haunting Of Alma Fielding is expertly told, with all the twists and turns of a chilly novel by Wilkie Collins or Barbara Vine. For that reason, I won’t reveal the outcome. But the more Summerscale delves, the more she finds out about the hidden compartments of the human mind.

Ferdinand Mount’s Aunt Munca was born just ten years before Alma Fielding, in 1894, though, like virtually every detail of her life – her origins, her marriages, her children, her real name – she did her level best to conceal it.

‘Looking back now, I realise at last that Munca never told the truth about anything,’ Mount concludes, after years of investigation.

As a child in the 1940s, Mount often went to stay with his Aunt Munca, who lived in a succession of large, glamorous houses with Uncle Greig, the brother of Mount’s father. 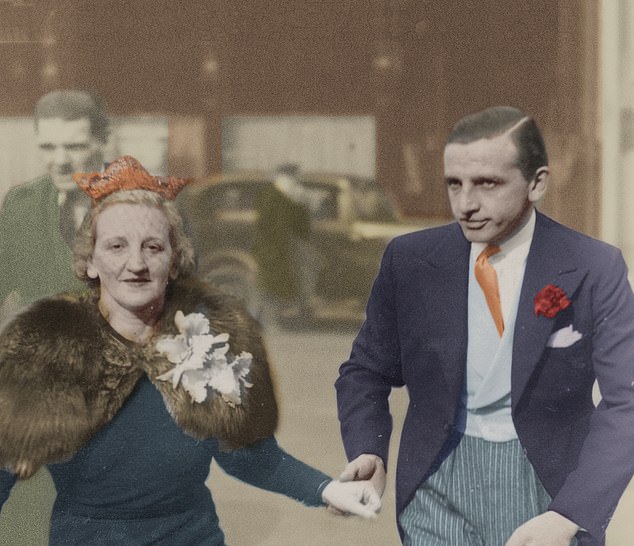 Young Ferdinand originally knew her as Aunt Betty, until she told him and his sister to call her and Uncle Greig Unca and Munca, after Hunca Munca in Beatrix Potter’s The Tale Of Two Bad Mice. She was, it later emerged, addicted to disguise.

Mount remembers her as a larger-than- life figure, ‘unlike anyone else I have met, alarming and warm at the same time, in an electrifying way’. His uncle was a successful businessman, and they led lavish lives, chauffeured around in either a Rolls-Royce or a chocolate-coloured Mercedes coupé which had the jaunty number plate URA 1.

Like many people wedded to secrecy, Munca was an extrovert, fun and theatrical. Mount’s childhood memories of her are very fond, and he shares them in his customary crisp and easy style: ‘She will often sketch out a few steps of the Charleston while dusting and plumping up the cushions’.

Glasses were shattered. A sharp tin-opener zipped through the air and a giant chunk of coal smashed against the living-room wall

Unca and Munca maintained a permanent suite at Claridge’s hotel in London, and loved the high life, rubbing shoulders with the stars. When Ferdinand is a teenager, she takes him to the Cafe de Paris to watch Sophie Tucker: The Last Of The Red-hot Mommas, and after the show, Tucker, ‘huge and rouge and powdered and monstrously corseted’, comes out to say hello.

‘This is my nephew,’ says Aunt Munca. ‘He’s going to be a writer.’ ‘That’s swell,’ says Sophie Tucker. ‘I’ve always had a lot of time for the guy with the pencil.’

Sixty years on, the guy with the pencil has delved into his aunt’s past, uncovering all sorts of secrets that she spent a lifetime concealing.

It turns out that Aunt Munca was, in her way, just as driven by the ghosts of the past as Alma Fielding ever was. Kiss Myself Goodbye is the story of Ferdinand Mount’s long and winding quest for the truth behind her numerous facades.

Nothing about her life was as it seemed. Who can imagine the strain of all those fibs, most of them driven by shame? Mount remembers Munca’s daughter Georgie flicking through her own passport, and saying: ‘Mum, it says here I was born in High Wycombe, but you always told me I was born in Cornwall.’

‘ “Yes, darling,” says Munca, thinking quickly as people like her learn to do, “the High Wycombe in Cornwall.” ’

Furthermore, it turns out that she was married four or five times, and three of these marriages had been bigamous.

After many twists and turns, he manages to track down her birth, under a completely different name, to the place in Britain that George Orwell once described as ‘the most frightful spot in the most frightful city in the world’.

Yet, at the end of all his delving, he feels no triumph. ‘I feel more, what can I call it, a sort of odd comradeship, like when you finally come upon the place where your best friend has hidden in a game of hide-and-seek.’

One of the many pleasures of this often very funny book is the rich variety of famous figures – David Dimbleby, Diana Dors, Larry Hagman, the Duke and Duchess of Windsor, Sir Cliff Richard, Mr and Mrs T. S. Eliot, even Prince Andrew and Fergie – whose lives in some way intersected with Aunt Munca’s.

Dimbleby was once engaged to Georgie, who called it off without warning. ‘Why and how did Munca bully Georgie to call it off and arrange for her to be transported abroad?’

Mount now suspects that it was Dimbleby’s journalistic appetite for investigation that frightened Munca: he had already gone to Somerset House to look up Georgie’s birth certificate.

Kiss Myself Goodbye and The Haunting Of Alma Fielding both shed a brilliant light on the strangeness of people’s lives, the need for disguise and masquerade, the shame that drives people to act in the most peculiar ways, the ghosts that reside, unburied, within us.

‘How fragile it all is,’ writes Mount, ‘how brief anyone’s hold on property, or money or life itself.’ 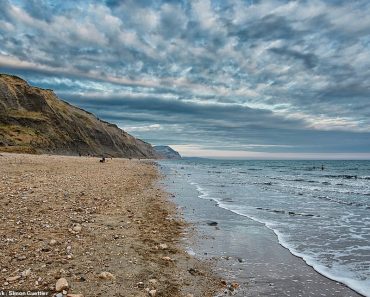 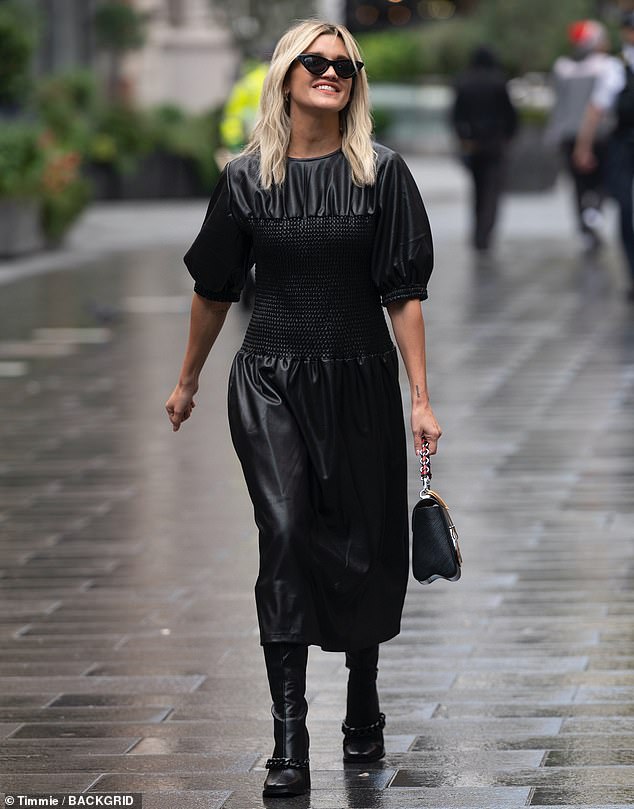