Young rugby star Ollie Thorley says his best-ever investment was investing in his own career.

Thorley, 23, spends £1,500 a month on professional services – from experts who use sports psychology and massage to help him improve his performance. He also recently bought a £4,000 sauna which he built himself.

The Gloucester winger is an ambassador for Barefoot Project, a not-for-profit organisation which sends unwanted rugby kits to the less fortunate around the world. He spoke to DONNA FERGUSON from his home in Cheltenham.

What did your parents teach you about money?

That you have to work hard. Both my parents were self-made professionally and worked in the City in full-on jobs. While I was growing up, Dad was constantly working. I was fortunate – money was never a problem from a family perspective. We were lucky in the holidays we enjoyed and with the opportunities I had. I went to a public school, Cheltenham College, on a sports scholarship. Money wasn’t something my family spoke about, so I don’t think I fully appreciated how fortunate I was to be able to spend so much time out on the sports field – and to attend such a good school. But I do now. I’m thankful to my parents for all the opportunities they gave me.

Have you ever struggled to make ends meet?

No, I wouldn’t say I have ever really struggled, but I didn’t have much income when I started out in rugby. My first professional contract, aged 18, was for £10,000 a year. That’s typical – you often get paid little money for the first couple of years. It taught me to be frugal. I lived at home for a bit longer than I would have liked because it made financial sense – and I spent most of my income on getting to training and buying rugby boots.

Have you ever been paid silly money?

Yes. I did an onstage interview with another England rugby player in front of an audience. It took 30 minutes and we got paid several thousand pounds each. You pinch yourself when you get paid money like that.

What was the best year of your financial life?

This year, because I signed a new contract. I’d rather not say how much I make each year now, but it’s a six-figure sum.

The most expensive thing you bought for fun?

When I was 21, I bought a 1956 Morris Minor Traveller for £4,500. I’d always coveted one. It is obviously quite a classic and it was good fun rocking up to training in something a bit different. It cost me about £500 a year to maintain and then I probably spent about £1,000 on upgrades. But it held its value. I ended up selling it to a gentleman who saw it outside my flat. He kept pestering me – he’d ring my doorbell about once a week to ask if I’d changed my mind about selling. Eventually, it broke d o w n a n d I decided it was time to get something more practical. I sold it to him for almost the same amount as I had paid for it – and he was so excited when I succumbed.

What is your biggest money mistake?

Buying a Banksy-esque painting by a French street artist. I purchased it from a gallery in London for about £6,000 a while ago. I’m not a fan of the work, which has a political message, so I haven’t hung it in my home – but the gallery told me it would be a great investment. I bought into that advice more than I should have done. It’s now as good as worthless.

The best money decision you have made?

To invest in myself and my career. I typically spend about £1,500 a month on services – from professionals in sports psychology, physio and sports massage. That has paid off in terms of my performance on the pitch.

Do you save into a pension and invest in the stock market?

Yes, I contribute £250 a month into a pension via my club. I started saving into a pension when I was about 20, due to the tax benefits. It’s effectively free money, isn’t it? And as a sportsman, I know my career is finite. I want to prepare for the future as well as I possibly can. I also try to put as much money as I can into a stocks and shares Isa. A financial adviser manages it – I tend to go for high-risk investments because I am in the lucky position where I can afford to invest my money long-term. 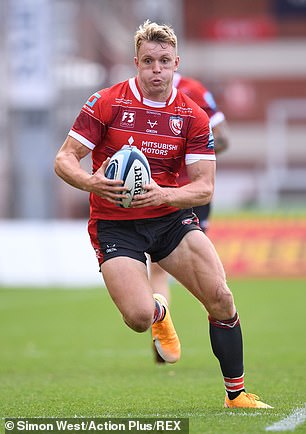 Do you own any property?

Yes, a garden flat in Cheltenham. I bought it for £400,000 two years ago and my parents gave me a helping hand with the deposit. I wouldn’t have been able to buy it otherwise. It was a wreck and I’d like to think I’ve added value to it.

What is the one luxury you treat yourself to?

I like a sauna – and I have built one in my garden. Growing up, I wasn’t the most practical person so I learnt a lot about DIY during lockdown. I bought it for performance reasons, but also it’s great for the mind. It looks like a little hobbit hut. It cost £4,000.

If you were Chancellor, what would you do?

I would increase funding for sports facilities for secondary schools – perhaps by offering private schools some tax or funding incentive to encourage them to share their pitches with local state schools. I think kids being physically active is important and I’m aware I was very lucky because of the opportunities I had for sport while at Cheltenham College. It would be wonderful to unlock those opportunities for children at state schools, too.

Do you donate money to charity?

Yes. I donate to Southwestern Ambulance, Red Cross and I’m an ambassador for the Barefoot Project which provides sporting gear for children in countries such as Kenya, Fiji and South Africa. Usually it’s rugby kits, boots and tackle shields. People are asked to make kit donations, which I enjoy doing. I like knowing the kits are going to people who need them and that nothing donated is being spent on admin or bureaucracy.

What is your number one financial priority?

To have the freedom to do what I want to do in terms of helping others and at the same time providing a good quality of life for myself. 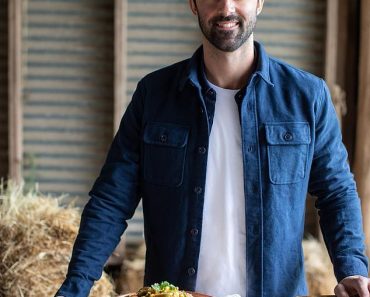 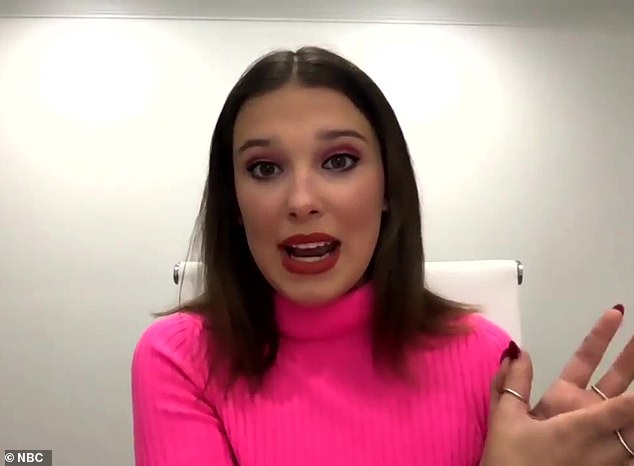